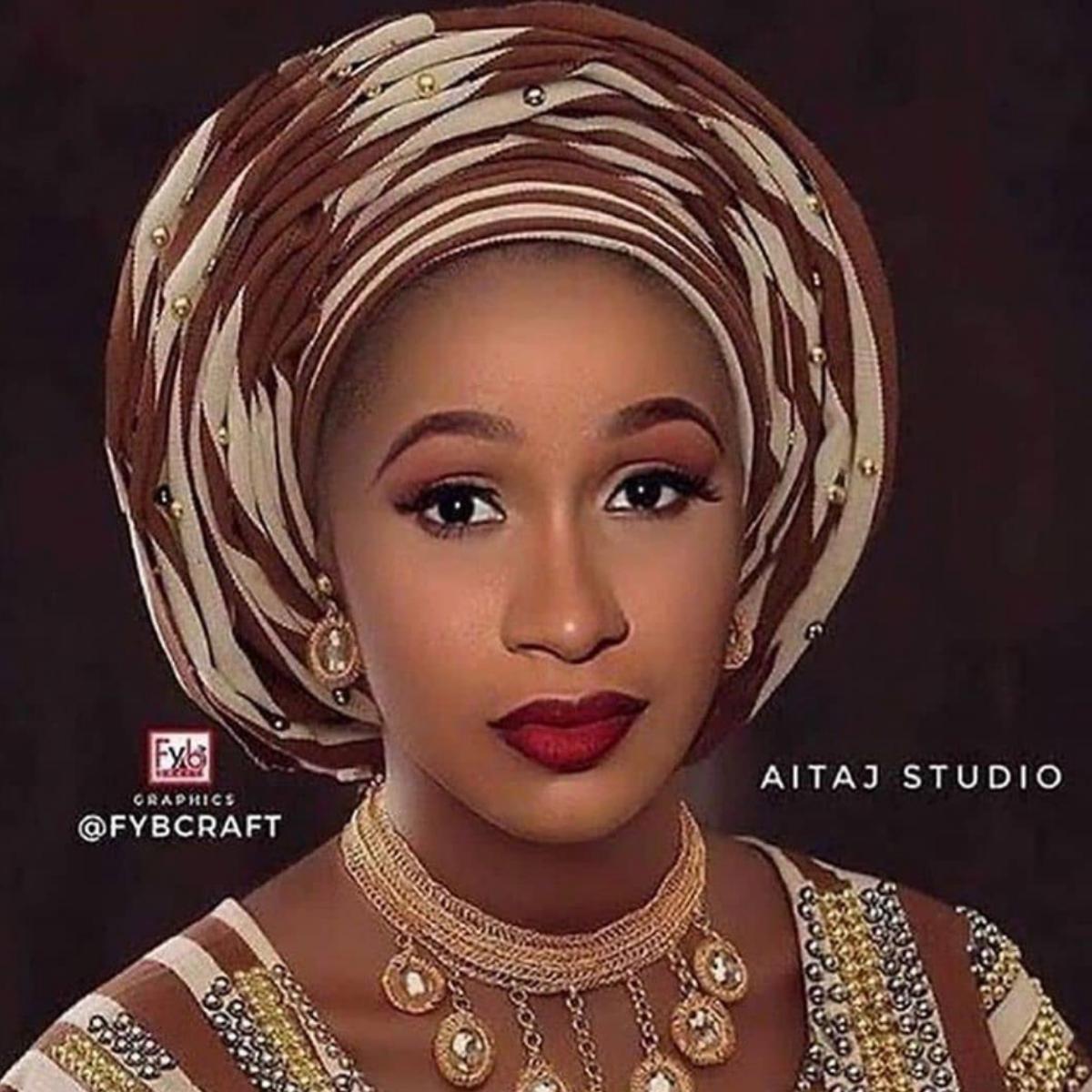 US Hip Hop News Today: Cardi B Ready To Choose A Tribe After Revealing She’s Filing For Her Nigerian Citizenship

It’s no longer news that Donald Trump has endangered innocent American lives and every other in the United States with his ‘dumbest move’ to date. In fact, Cardi B has disclosed that she’s ready to file for Nigerian citizenship and pick her tribe while reacting to Trump ordering the killing of Iranian general Qasem Soleimani.

READ ALSO:   What Do You Think Of This Mermaid-Style Ankara Design? (Photo)

‘Naaaaa these memes are fuckin,’ the Bodak Yellow singer tweeted. ‘But shit ain’t no joke! Specially being from New York.

‘Its sad this man is putting Americans live in danger. Dumbest move Trump did till date.

‘I’m filing for my Nigerian citizenship.’ 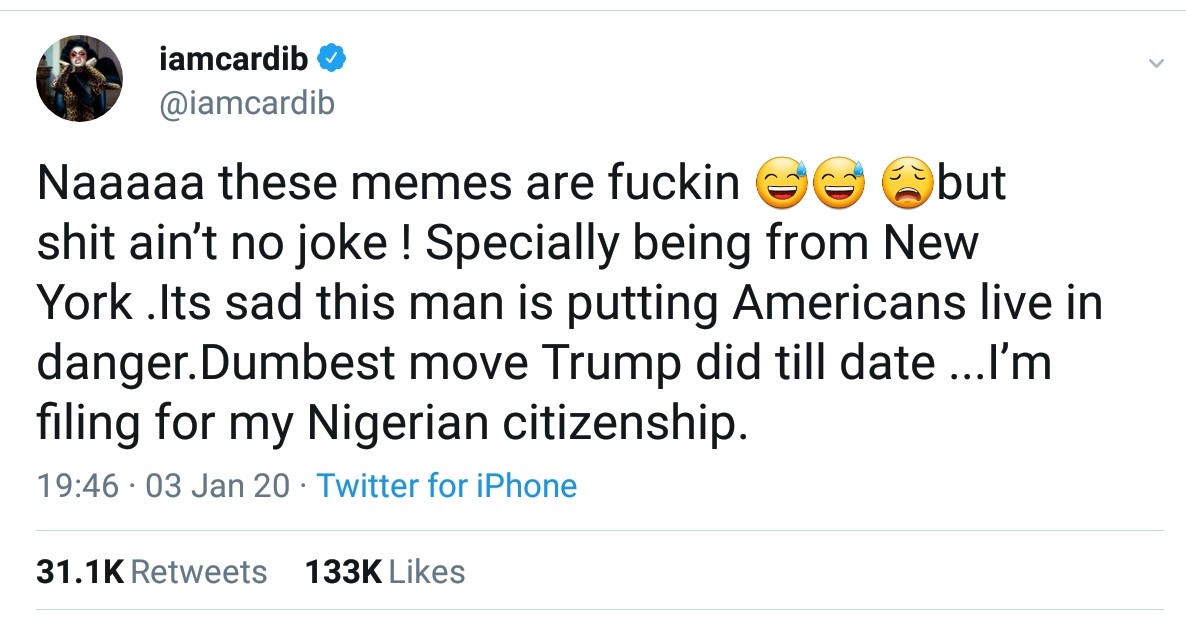 If you recall, the Iranian supreme leader, Ali Khamenei, sparked fears of war after he promised ‘harsh vengeance’.

In a tweet, Iran’s leader Ayatollah Khomeinei said the ‘criminals’ responsible had ‘his [Soleimani] and other martyrs’ blood on their evil hands’.

He added: ‘God willing, his work and his path will not be stopped.’

The dramatic attack came months of tensions between the US and Iran in which Tehran shot down an American military surveillance drone and seized oil tankers.

Trump has also blamed Iran for a protest in Iraq which saw demonstrators break into the US embassy in Baghdad and torch the place. Pictures of the embassy’s burned out wreck has since emerged with Mr Trump declaring Iran ‘will pay a very big price’.

Click Amebo Book for all the latest hip hop news and rumors!

American Hip Hop News Today: Cardi B Ready To Choose A Tribe After Revealing She’s Filing For Her Nigerian Citizenship

Cardi B Files For Divorce From Husband Offset After 3 Years Of Marriage, Wants Custody Of Daughter Kulture