“As Your Father Died, He Died With You Career Too” — Mannerless Twitter User Mocks Nigerian Singer Dr Sid 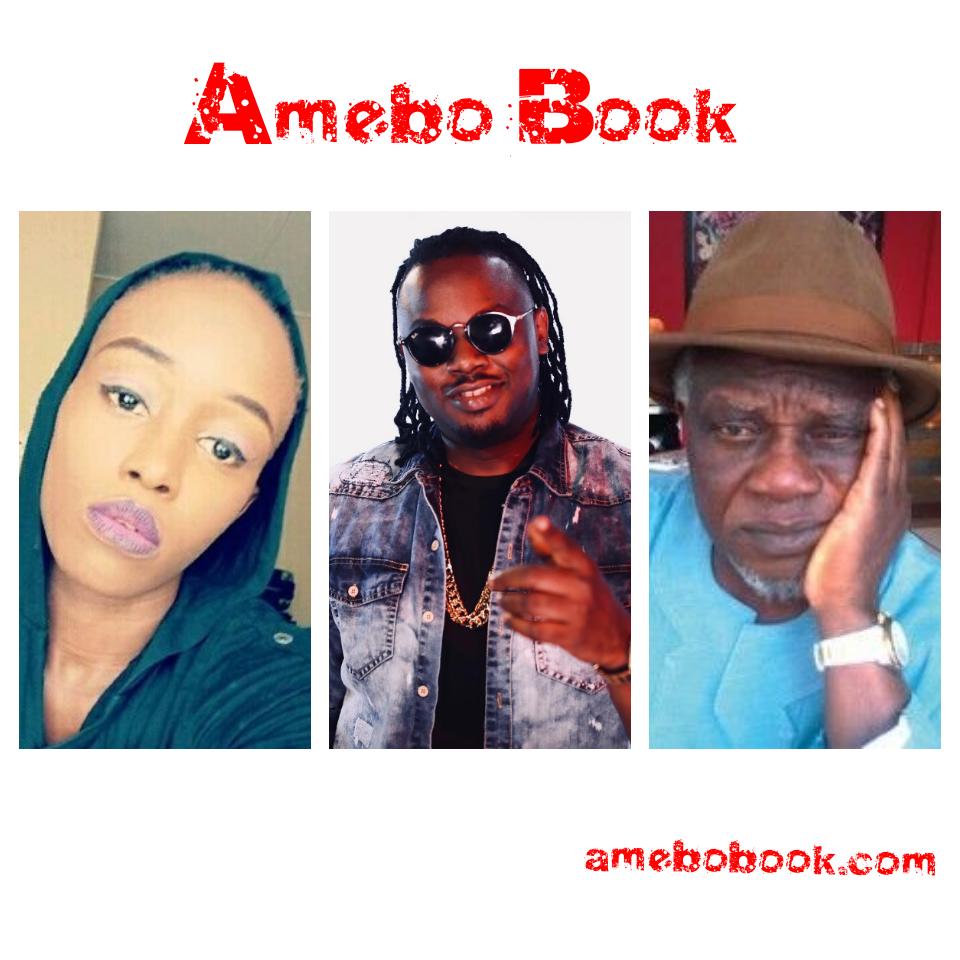 Troll Mocks Dr Sid Over His Career, Says It Died With His Father

Sidney Onoriode Esiri more popularly known as Dr Sid, was a victim of a vicious troll who attempted to mock the Nigerian singer’s career. The troll who is a lady, cheekily asked on Twitter if Dr Sid was still a singer adding that the singer’s career died with his father, Justus Esiri.

READ ALSO:   "I Pray That God Almighty In His Infinite Mercy Opens More Doors For Us" - Destiny Etiko Says As She Celebrates New Month

Read how it went down below.

Troll: “Are you still an artist?
As your father died,he died with you career too… sorry”

Dr Sid: “Everyone 1ce in awhile an idiot like u comes along and seeks attention by saying something disrespectful, usually i’d ignore u and use the block button but i will never condone u referencing my late father. u don’t respect me, thats fine but remember u sef go die 1 day. FOH ”

READ ALSO:   "He was made of thunder and fire" - Dying Woman Describes Incredible Moment She ‘met Jesus Christ’

Follower: “But its true na…he’s father died with his career shuu!!!
Am I lying”

Justus Esiri was one of the most loved Nollywood veteran. The award-winning Nigerian actor helped build the Nigerian movie industry to what it is today.

READ ALSO:   Why I Pray Before Going On Instagram – Nollywood Actress Chika Ike 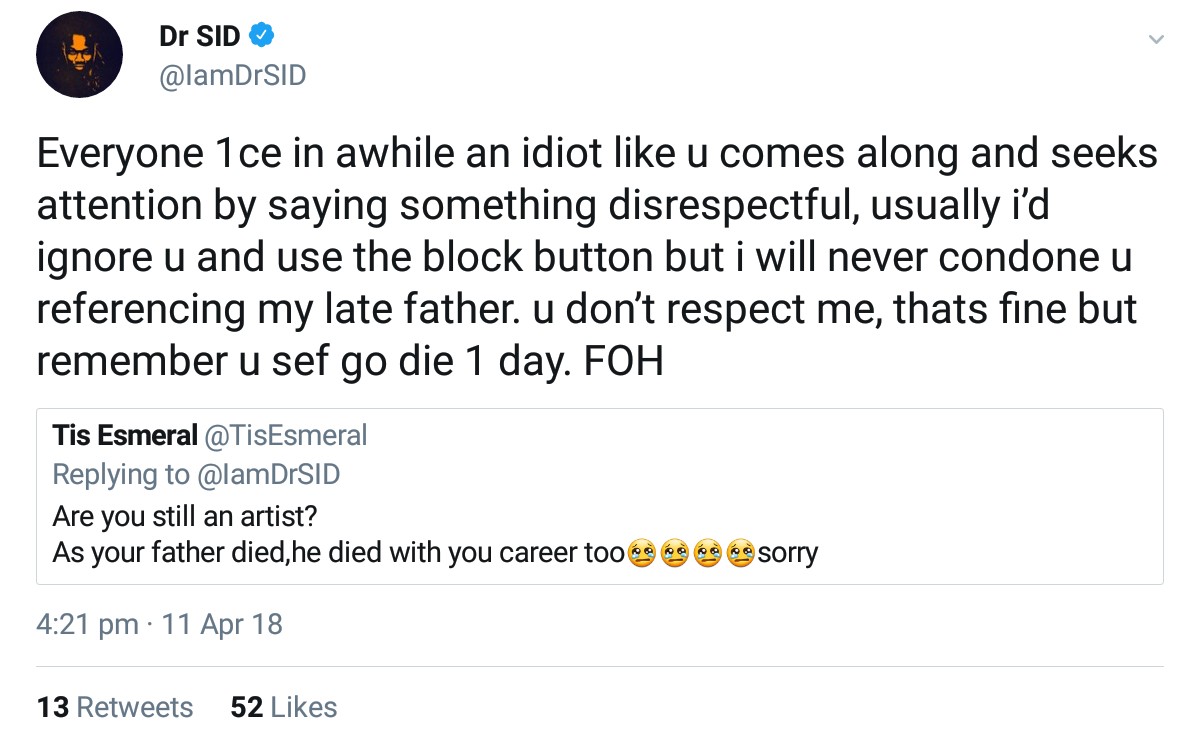 “As Your Father Died, He Died With You Career Too” — Troll Mocks Nigerian Singer Dr Sid

Afia Schwarzenegger Writes Christiane Amanpour Over Moesha Boduong Interview, Says "We Have Young Ghanaian Women That Can Buy Themselves A House As A Birthday Gift"