Trending News
“Don’t Be Pushed By Your Problems, Be Led...
“God Came Through For Me” – Nollywood Actress,...
“I’ve Always Had To Give Extra To Attain...
“You Cannot Call On The Name Of God...
‘I Believe It Is My Season And My...
“Hair Doesn’t Define Me, Either Way I’m Pretty”...
“Love Yourself, Life Will Be Fine And Happy”...
“Never Allow Anyone Steal Your Joy Or Happiness”...
“There Are Far Better Things Ahead” – Popular...
If You Tell My Sister To Stop Calling...
Home Celebrity Gossip and News Nigerian Celebrity News: Destiny Etiko Says She Loves Clothes That Show Her ‘Killer’ Curves
Celebrity Gossip and News 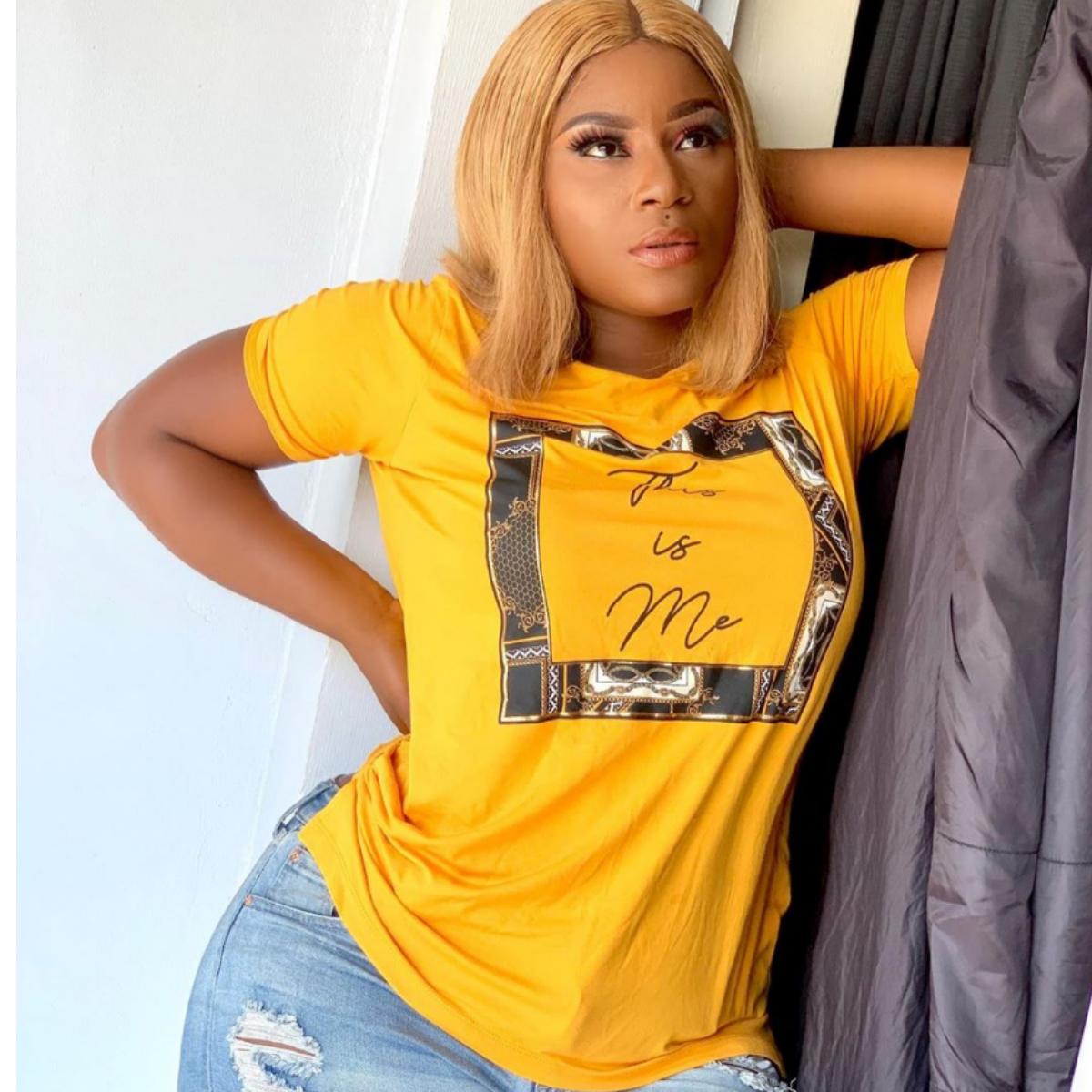 When you mention a actress that is not only talented but well endowed, Destiny Etiko tops and she knows it. The Nollywood star had an interview with Punch in which she admitted her love for clothes that show her killer curves. She also disclosed other aspects of her life.

My parents are loving. They tried all they could to make us happy and comfortable. They always gave us whatever we wanted. Whenever I remember how my parents cared for me when I was younger, it makes me happy.

I had my elementary education at Zik Avenue Primary School, Enugu State. For my secondary education, I attended Queens School, also in Enugu. I then went to the Enugu State University of Science and Technology.

The industry is a crazy place where you might have a pure heart towards your fellow human but most of them don’t love you in return. Your prosperity becomes a problem for them. It has not been easy but I am a very hardworking woman. With determination, consistency, perseverance and God, I believe anyone will pull through. If you have a God who stands with you, you are nothing but a conqueror.

On the industry not being lucrative, I will tell you for free that for beginners, it doesn’t pay well. But when one starts making waves and has commercial value, one’s pay increases. 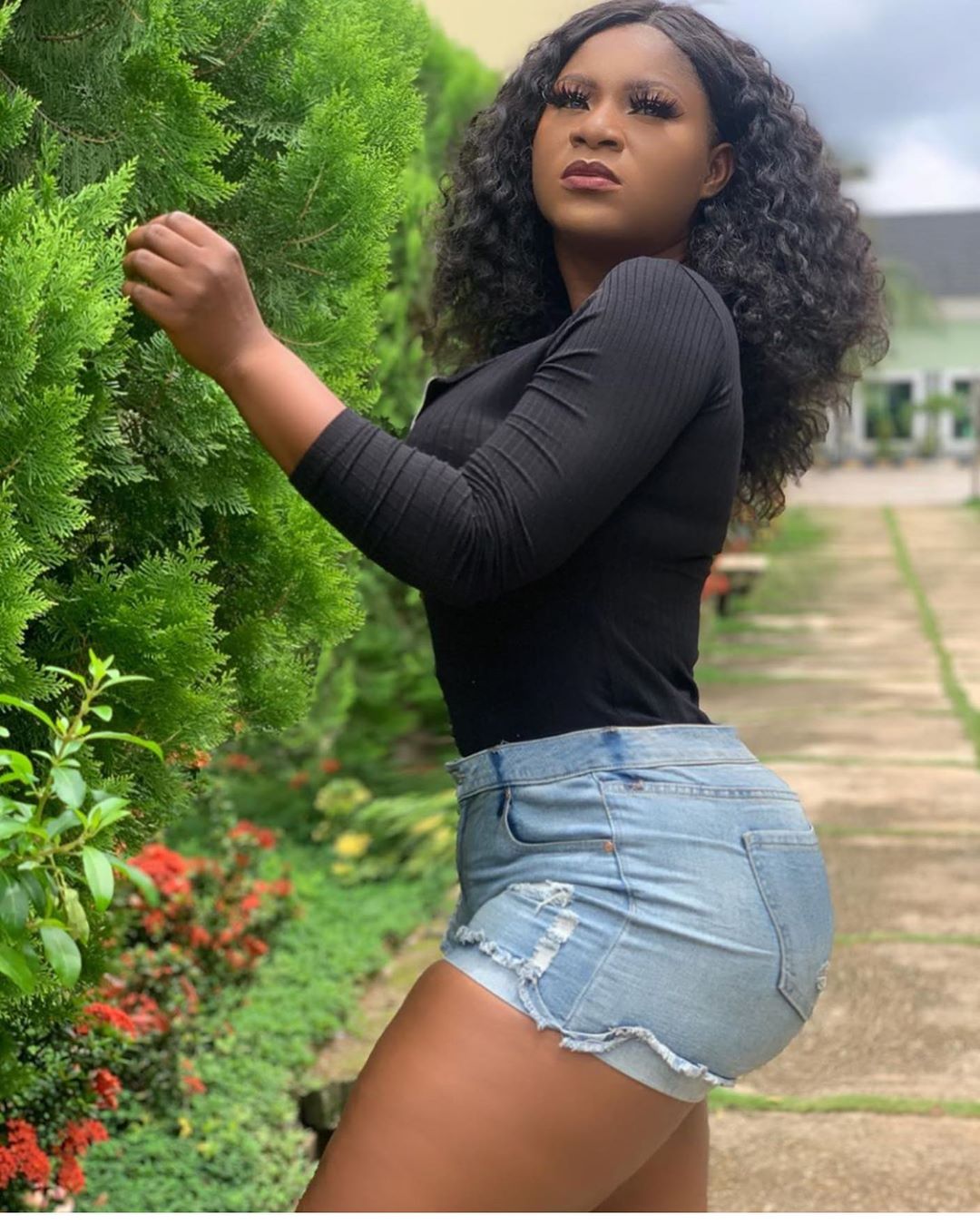 My parents were supportive. My mother actually introduced me to the craft as a child. Thereafter, I went to school. When I wanted to continue, I told her and she gave me her blessings. My parents are so proud of me today.

READ ALSO:   If You Succeed Without Suffering, It Is Because Someone Has Suffered For You - Angela Okorie

I can’t really remember the first movie I acted in, because I was in JSS 1 then. However when I was in my third year in the university, I saw movie practitioners shooting a movie, and I decided to check them out. I saw the late Ifeanyi Udokwu. He got my number and featured me in a couple of films.

In 2012, I did my first movie titled, Idemili. It was written and directed by Ernest Obi. The movie brought me into prominence.

One of the challenges I faced was that people couldn’t fathom the fact that I came into the industry and just wanted to start acting. I was stopped by a woman that used to be my mother’s friend. She told me I would have to register. I felt because my mother was already in the industry, it would be an automatic ticket for me. Secondly, most of the times when I got picked at auditions, a producer or director may not want one to play the role, because they intended to give it to their girlfriends.

Also, if a director or producer likes you, and the feeling is not mutual, they will resort to frustrating you, making you feel that you don’t know what you are doing. At a time, the challenges were almost too much for me. It was after I produced a movie that announced me to the world that everything changed

Everybody cannot like you. When I built a house for my mother, people started saying all sorts of nonsense, questioning me about who gave me money to build the house.

Also, when I bought a Toyota Venza last year, people asked who got me the car.  Somebody works hard, another person sees her hard work and tries to support her, and I don’t know why that becomes a problem. Initially, I used to get angry over such comments, but now, I know better. If you are not being spoken about, it means you are not relevant. I am on my lane thinking of how to improve my life. Gone are those days I got scared when people called me names.

READ ALSO:   Marrying An Ibadan Man Is Like Going To Sambisa Forest - Actress Lizzy Anjorin Says, Advises Singles To Marry English Man Who Will Eat Bread And Tea As Breakfast

The only roles I will love to get are international ones in Hollywood. If you are talking about Nigeria, I actually have roles pursuing me. I have got enough.

As a popular actor, people always want you to pay more for things. One wouldn’t be free to do the things one used to do. For example, there is a place I used to make my hair and fix my nails in a market, and they were very good. But, I can’t go to the market again to fix my nails. I had to look for somewhere else though those people may not be as good as my customer in the market. Fame robs one of basic things that any other person would have done.

Nollywood is one, though it seems like the industry is divided. Lagos people want ‘to do’ Lagos, while those in the east want to stay in their region. When I get jobs in Lagos, I go and return to my base. There is a point I will get to that I will have to consider moving to Lagos, but I cannot move now. Most of the jobs I get are from the east. I hardly have a day of rest there. I can only move to Lagos or Abuja, If eventually I get a man for myself.

Sex is a subject that people have different understanding about. For me, I have my own understanding of sex. Whether they are hypocritical about it or not is really not my business.

I had prepared to go somewhere when a fan saw me and pop champagne all over my body and vehicle. He said he was a super fan that loved me. It was exciting and at the same time, it ruined my day. I was actually going for an important appointment, dressed in a white outfit. I had to go back home to change.

My physique gets me the most attention. I believe that was why I was endorsed as a brand ambassador for ‘Killer Curves’.

I like a guy who is tall, dark and loves me. I love attention a lot so I like a guy who wants to know what is wrong with me whenever my mood changes. I love a guy who will support my career because getting to where I am today hasn’t been easy. I pray that God gives me a man who understands me and supports my career. I don’t want a man that will destroy what I have built over the years.

The car was actually given to me as a birthday gift. I work so hard and make my money, but for now, I cannot use my money to buy such a car. It was a gift from a loved one.

I love to dress classy. I love clothes that show my killer curves.

Nigerian Celebrity News: Jaruma Gives Mr Jollof N1M For Supporting Tacha As He Promises To Beat Up “Bitter Soul” Tunde Ednut – “He Is Always A Failure In Everything He Lays His Hands On”