Trending News
Reactions As Yul Edochie Hails Himself As One...
Why I Love Acting – Juliet Ibrahim
M.O Bimpe Reacts After Seeing Her Husband Lateef...
“In whatever field You find Yourself, YOU MUST...
“Your Grace Na Follow Come” – Uche Elendu...
Rachael Okonkwo, Uche Elendu React After Their Colleague...
I Am Humbled By Your Love While Your...
My Mum Uses Her “Blessed Hands” To Make...
“God Took His Time With It” – Nancy...
“God Has Been Good To Me” – Nollywood...
Home Celebrity Gossip and News Eve Recalls Mase Turning Her Down For A Lap Dance While She Worked As A Stripper – “Get Dressed, Let’s Go Ride Around The City And Listen To Some Beats”
Celebrity Gossip and News

Eve Recalls Mase Turning Her Down For A Lap Dance While She Worked As A Stripper – “Get Dressed, Let’s Go Ride Around The City And Listen To Some Beats” 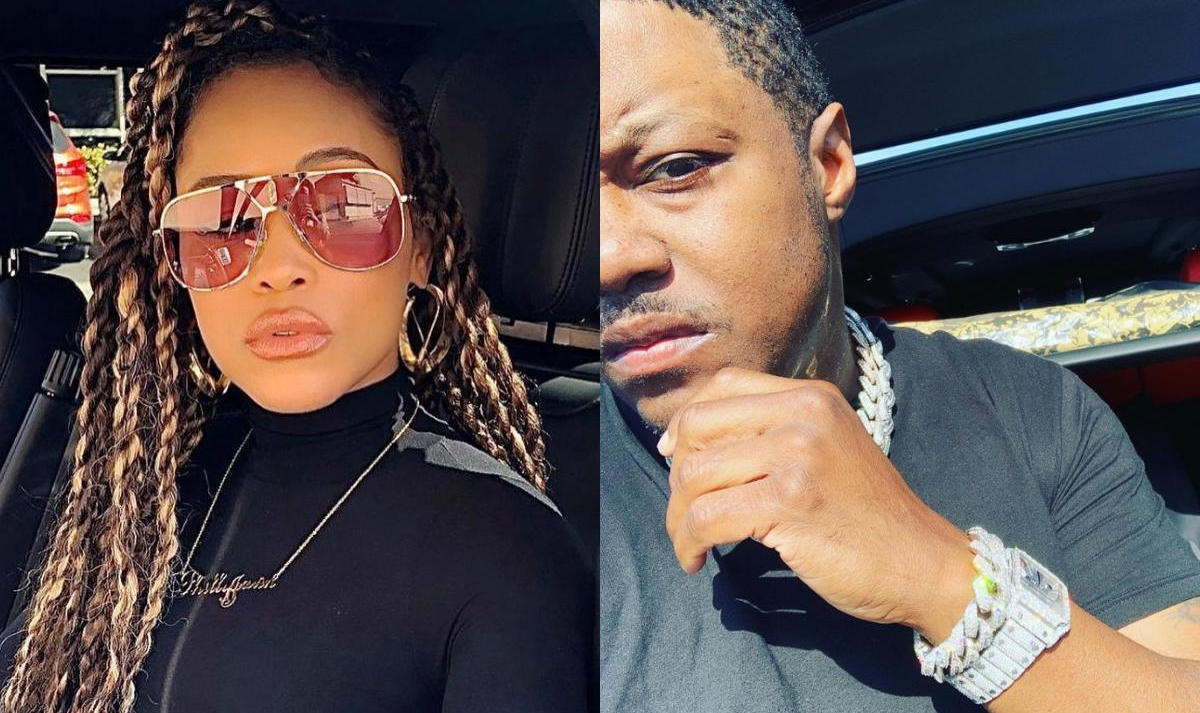 In light of BET’s five-part Ruff Ryders Chronicles, rapper Eve recalls how Mase refused her offer for a lap dance prior to her becoming a famous rapper. He laughed, said she was not to be at the strip club and told her to get dressed so they could go listen to some beats. She told Entertainment Tonight:

“I was the most protected female on the planet at that time. I was Baby Sis, but not like, coddled. Baby Sis in a way that you were gonna protect, she hustles with us. That time in music history was just phenomenal… I don’t think there will ever be another movement that way, ever.”

Eve said of the night Mase came in, “It was a slow night and this guy comes walking in, and one of the girls who I hung out with was like, ‘Yo that’s that new kid, he just got signed to Puff.’ I go over there and I’m kinda just like, ‘Yeah, what’s up, you want a dance?’… He just laughed, actually, and he was like, ‘What do you wanna do with your life?’ And I was like, ‘You don’t know me, don’t be asking about me!’ Long story short, he literally was like ‘You’re not supposed to be here. What is it that you wanna do?’ I told him I wanna be a rapper, and he was like, ‘Get dressed, let’s go ride around the city and listen to some beats.'”

According to the “Love Is Blind” rapper she didn’t meet mase again until she signed on to Ruff Ryders. He still continued to support Eve.

“We literally just rolled around the city until the sun came up. He listened to me rap. I never saw him again from that night until I got signed to Ruff Ryders… and he would come up to the studio almost every day while I was doing my first album, and just was such a supportive person. He opened up a church in Atlanta years after, and I was always telling people he was supposed to do that, he knows some things, and that he sent me a message that I needed to hear at that time. It was incredible.”

Eve also hailed Gwen Stefani as their 2001 “Let Me Blow Your Mind” collaboration won a Grammy for Rap/Sung Performance. She said:

“She gave me an audience I didn’t have. And vice versa, I gave her an audience she didn’t have.I’ve always been a huge No Doubt fan, a huge Gwen fan, and we were the same label and I was like, ‘Why not make this happen?’ As much as she was a girly girl like I was, she was a tomboy like I was. So I recognized that in her, I knew it was gonna work.”

Click Amebo Book for all the latest hip hop news and rumors today!