Trending News
“Many People Are Passing Through Some Devastating Struggles”...
“No One Knows Your Worth More Than YOU”...
“My Husband Is The Most Handsome Man With...
“Don’t Be Pushed By Your Problems, Be Led...
“God Came Through For Me” – Nollywood Actress,...
“I’ve Always Had To Give Extra To Attain...
“You Cannot Call On The Name Of God...
‘I Believe It Is My Season And My...
“Hair Doesn’t Define Me, Either Way I’m Pretty”...
“Love Yourself, Life Will Be Fine And Happy”...
Home Celebrity Gossip and News How Gang Of Deadly Fraudsters Used Live Snake to Defraud Man N5m In Ogun State
Celebrity Gossip and News 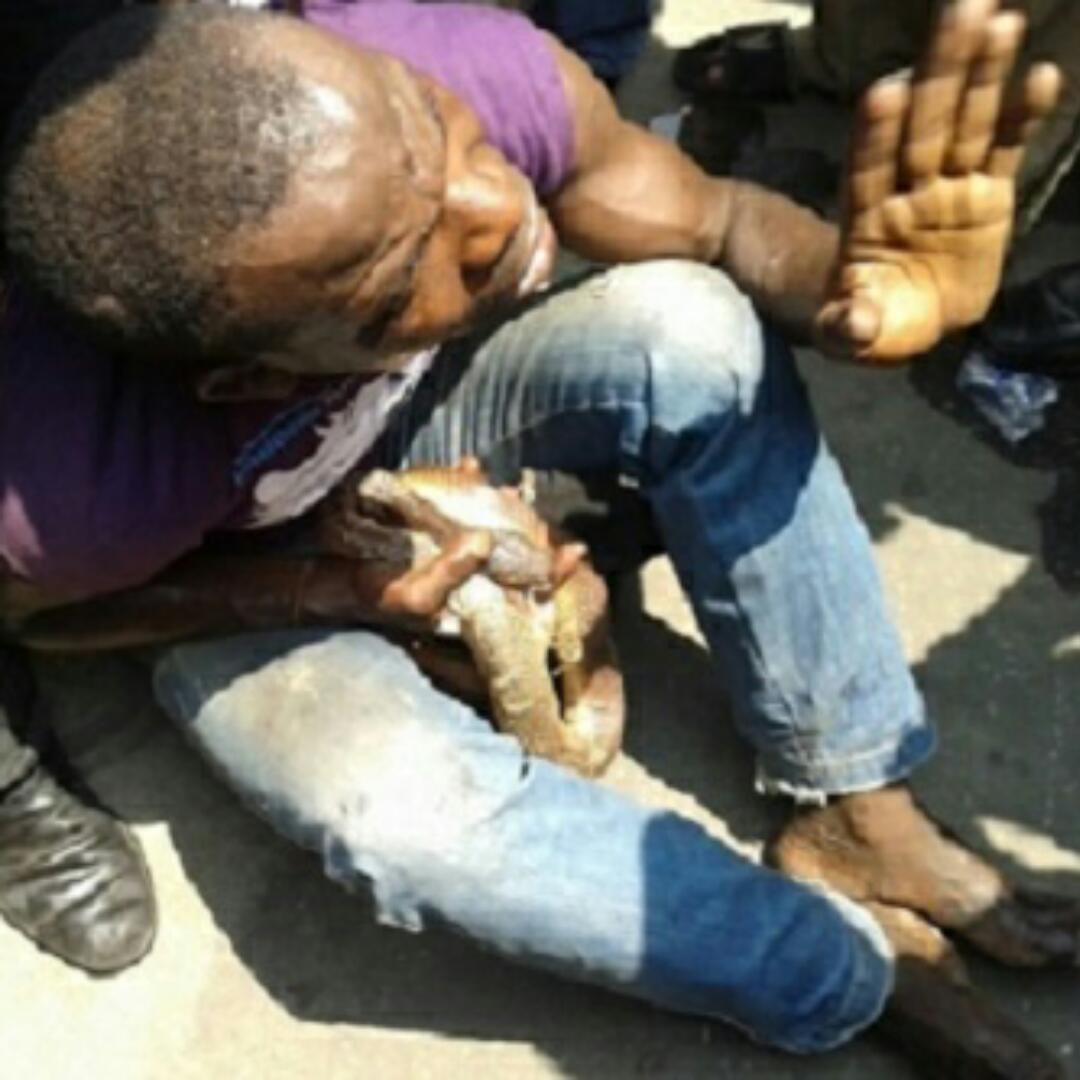 Wonders they say shall never end! A gang of fraudsters have been arrested by men of the Zone 2 Police Command after they used charms and live snake to defraud a man the sum of N5 million in Ogun State. The suspects who have been identified as Ahmed Fatai and Olufemi Adaramola, were arrested in the Ijebu Igbo area of Ogun State on Friday. It’s understood that the victim whose identity has been protected, reported the case after the suspects had allegedly collected N5m from him.

According to Punch, the police disclosed that the suspects had asked the victim to pay N75m for a concoction in order to have good luck. However, as soon as the victim had given the suspects the N5m, he claimed to have regained consciousness.

The police source also said that one of the suspects, Fatai, dressed like an aged man to deceive the victim.

“The man was asked to buy some concoction in the Ikeja area of Lagos State, where they met him.

“They said they were herbalists from the Ijebu Igbo area, and they could also prepare a concoction for him for good luck.

READ ALSO:   Kiddwaya Has Erica's "Mumu Button" And Could Have Stopped Her Verbal Assault On Laycon With Just A Kiss - Timmy "Trikytee" Sinclair [Video]

“The victim was thereafter taken to Ijebu Igbo for special prayers for good luck. After the prayers, they asked him to pay N75m. He had paid them N5m before he regained his consciousness and reported the matter to the police.

“It was discovered that the duo usually changed their dressing at every point to deceive unsuspecting people. Fatai had dressed like an old man when he met the man in Ikeja. The victim said he did not know how he gave the money to them.”

SP Muyiwa Adejobi, the Zone 2 police spokesperson, confirmed the arrest, adding that the suspects would be charged to court at the end of investigation. He said:

“The suspects were arrested with a live snake and some fetish items which they used for their dirty and criminal deals.

“The Assistant Inspector-General of Police, Abdulmajid Ali, has directed that they be charged to court. We want Nigerians to be careful and report suspicious individuals, who do not have a legitimate means of livelihood.”