Trending News
“Many People Are Passing Through Some Devastating Struggles”...
“No One Knows Your Worth More Than YOU”...
“My Husband Is The Most Handsome Man With...
“Don’t Be Pushed By Your Problems, Be Led...
“God Came Through For Me” – Nollywood Actress,...
“I’ve Always Had To Give Extra To Attain...
“You Cannot Call On The Name Of God...
‘I Believe It Is My Season And My...
“Hair Doesn’t Define Me, Either Way I’m Pretty”...
“Love Yourself, Life Will Be Fine And Happy”...
Home Celebrity Gossip and News Here’s What Tupac Shakur Told Keyshia Cole About Death Row The Day He Got Killed
Celebrity Gossip and News 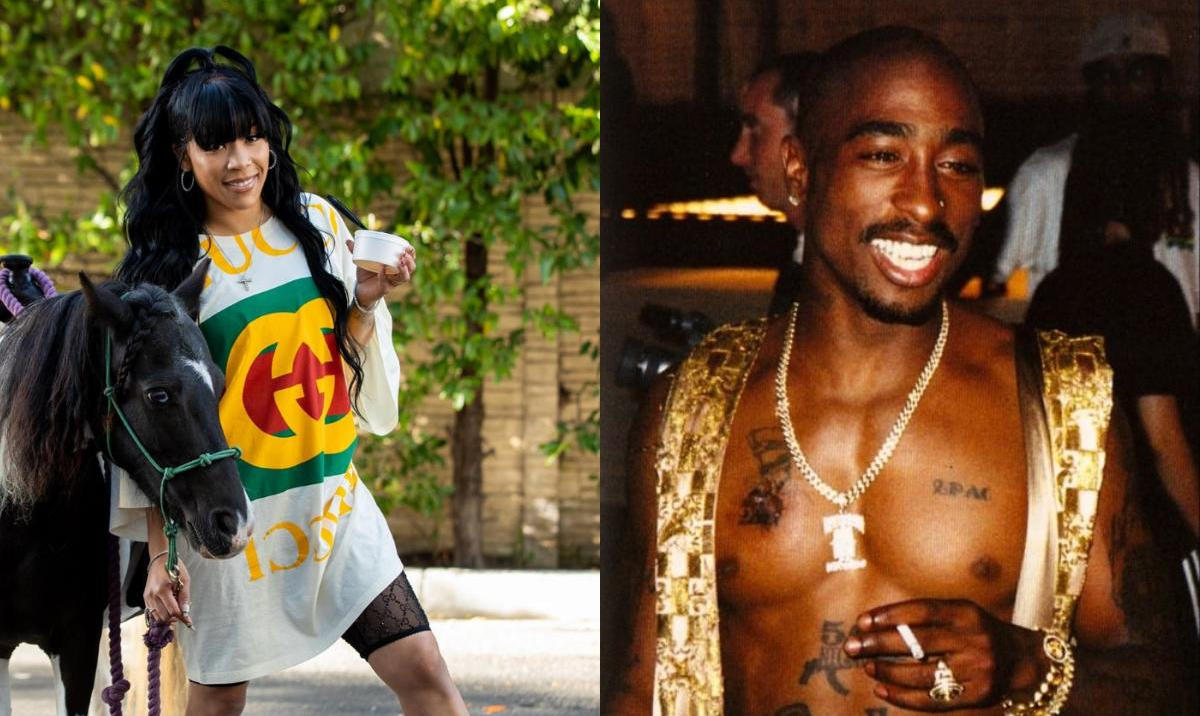 Keyshia Cole has disclosed what Tupac Shakur told her about Death Row on the day he died. She was guest on Fat Joe’s show now that he’s basically into podcasting.

The “Love” hitmaker says Pac was going to leave Death Row and asked her to come sign to Quincy Jones with him. Keyshia also opened up about her connection to the rap legend.

“I actually did know [Tupac.] He wanted to sign me to Quincy [Jones] when he was with Kidada, Quincy’s daughter, and he was gonna leave Death Row and go to sign with Quincy. He wanted me to go over there because he said that Death Row was not the place for kids.”

READ ALSO:   "Me I Don Carry My Palliative" - Nollywood Actor Stephen Odimgbe Says As He Goes On Walk With Destiny Etiko On His Back

Fat Joe was obviously surprised that Keyshia was closer to Pac than he thought so he kept pressing for more details.

“[I was] 15. He died when I was 16. Right when my birthday was coming around, I just remember getting earrings in the mail from Death Row Records but Suge, of course, was already in jail,” said Keyshia Cole. “My mom literally came and got us from Suge’s house because everybody got shot that night. My brother and [Pac] used to rap together in The Outlawz. We all drove to Vegas from LA. Pac was in the car with Kidada. Suge was in they car. My brother was in they car. We was in our car. We were kids though. He just didn’t like that, you know what I mean? It was just, like, a lot of drama around that time.”

READ ALSO:   "I Am A Full ORPHANAGE, Having Lost Both Parents And Only Brother" - Veteran Nollywood Actor Kanayo O. Kanayo Says As He Shares Photo Of His Lineage

Watch the video below or you can move to the 5th minute to watch Keyshia discuss what we already detailed above.

Click Amebo Book for all the latest celebrity news today!

READ ALSO:   'Will We Still Be In Love In Heaven' - Nollywood's Browny Igboegwu Asks His Wife As He Shares Throwback To 6 Years Ago When He Took His Wife To America For Their 4 Year Wedding Anniversary
Death Row RecordsKeyshia ColeTupac Shakur
0 comment
0
FacebookTwitterPinterestEmail