“I’ve To Be Extra Careful With My Phones” – Actress, Mimi Orjiekwe Hilariously Says As She Reveals Her Daughter, 4, Can Now Read, Rachael Okonkwo, Uche Elendu React 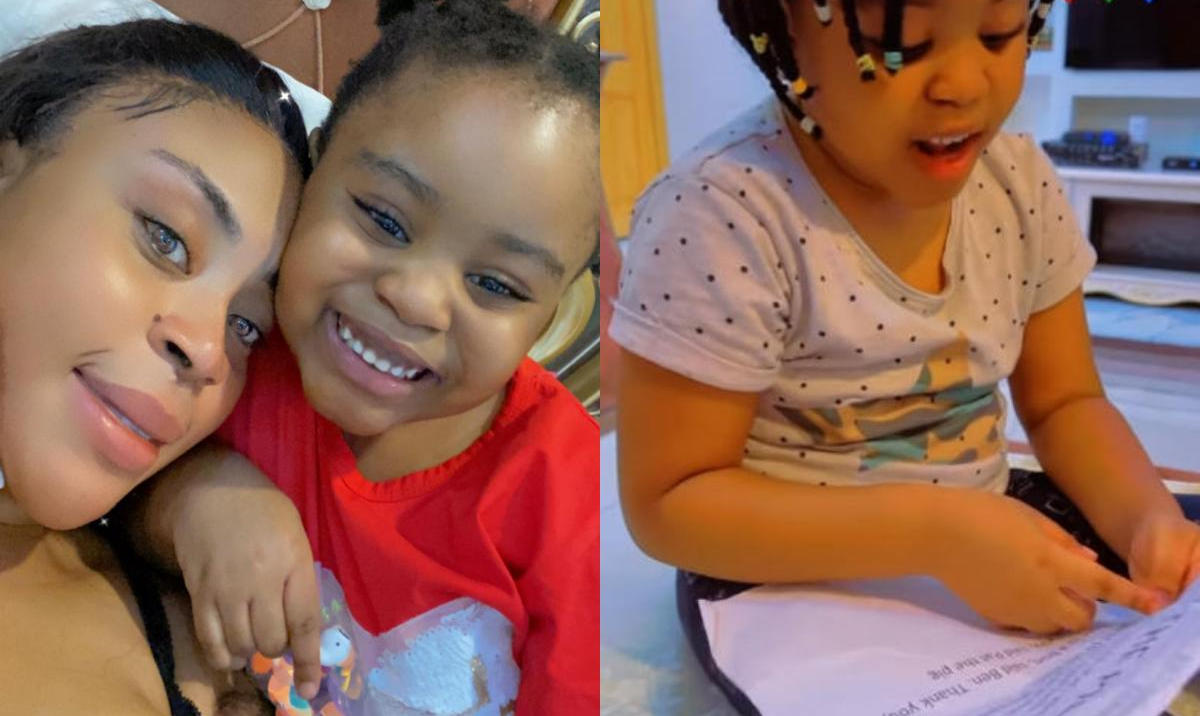 Mimi Orjiekwe has just disclosed that her 4-year-old daughter, Jasmine can now read. The popular Nollywood actress got quite a shock after her little girl exposed her before her Uncle Kene after she did not pick his call.

According to the thespian, her daughter reads everything even her caller’s name. So this has prompted a hilarious reaction from Orjiekwe as she will now have to be extra careful with her phones.

Sharing a video of her daughter practicing for a reading test, the movie star wrote;

“My 4 years toddler can now read ☺️😢😢 … now i ve to be extra careful with my phones 🤣.. she reads everything even my callers name .. the other day she said mummy why don’t you want to pick uncle kene’s call. . low and behold she told uncle kene the next day 🤦‍♀️..”

READ ALSO:   Hiphop News: Cardi B Says She Wishes She Can Chew On Her Toenails But Isn't That Flexible Anymore, "They Look Really Tasty"