Trending News
Reactions As Yul Edochie Hails Himself As One...
Why I Love Acting – Juliet Ibrahim
M.O Bimpe Reacts After Seeing Her Husband Lateef...
“In whatever field You find Yourself, YOU MUST...
“Your Grace Na Follow Come” – Uche Elendu...
Rachael Okonkwo, Uche Elendu React After Their Colleague...
I Am Humbled By Your Love While Your...
My Mum Uses Her “Blessed Hands” To Make...
“God Took His Time With It” – Nancy...
“God Has Been Good To Me” – Nollywood...
Home Celebrity Gossip and News Latest Hip Hop News And Rumors: Jay-Z Books Meek Mill As His First Artist For NFL Kickoff Experience
Celebrity Gossip and News

Meek Mill has become Jay-Z’s first artist as part of his lucrative partnership with the NFL which triggered controversy. The Philadelphia rapper will perform at the NFL Kickoff Experience next month. Beyonce’s husband also booked up-and-coming hip hop star Rapsody to perform during the concert scheduled for September 5. JAY-Z signed a deal with National Football League bosses earlier this month and has been appointed the league’s live music entertainment strategist as well as social media justice warrior. 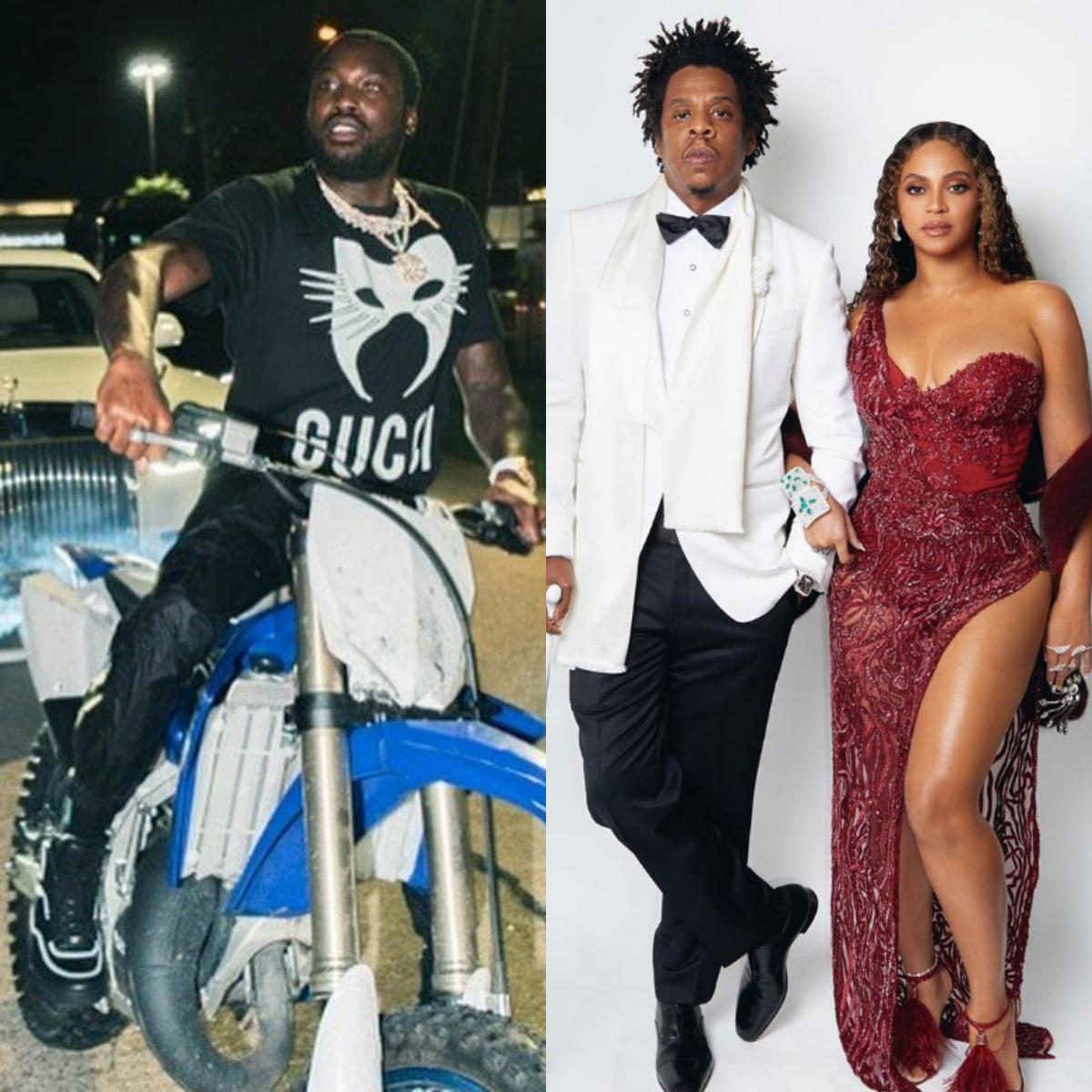 Meek Mill and Rapsody are now billed to perform in Chicago’s Grant Park before the season-opening game between the Chicago Bears and the visiting Green Bay Packers. The concert will also have a charity component, serving local organizations BBF Family Services and Crusher Club.

There were rumours right from the get-go that Jay-Z would use his position with the NFL to book his wife, burlesque singer Beyonce, and his other buddies to perform at NFL gigs. As part of the deal, the 49-year-old rapper/businessman will consult with the NFL on all matters of entertainment, while co-producing the Super Bowl half-time shows which will feature Beyonce and perhaps their daughter Blue Ivy. It’s expected that their twins, Sir and Rumi, will hit the stage at the Super Bowl as soon as they are older.