Tamron Hall has a new self-titled syndicated talk show. If you recall, she was on top of her game daily hosting gigs on both NBC and MSNBC until NBC  pulled the rug from under her leaving her sort of demoted having taken priority in Megyn Kelly. Of course, she took off and that closed door, made room for a new beginning. She fell in love and got married to music manager Steve Greener, she’s now a new mum to an adorable baby boy named Moses. As mentioned earlier, she also has her own talk show now. While talking interracial dating, Hall made it very clear that she loves black men despite marrying a white guy. Usually, women from other races who date outside their race deal with backlash

”I have a colleague who’s Asian and she said every time she goes out with a white man somebody believes she’s a gold digger,” Hall said on a conference call to reporters. “I’ve had a couple of people tell me my son is white and I am black. What does that mean? Barack Obama was our first Black president. His mother is white. Somehow my son is white, but he has a Black mother? So, I’m willing to talk about those things in very real terms.”

READ ALSO:   Would You Delete Your Social Media For A Healthy Relationship - Chizzy Alichi Asks 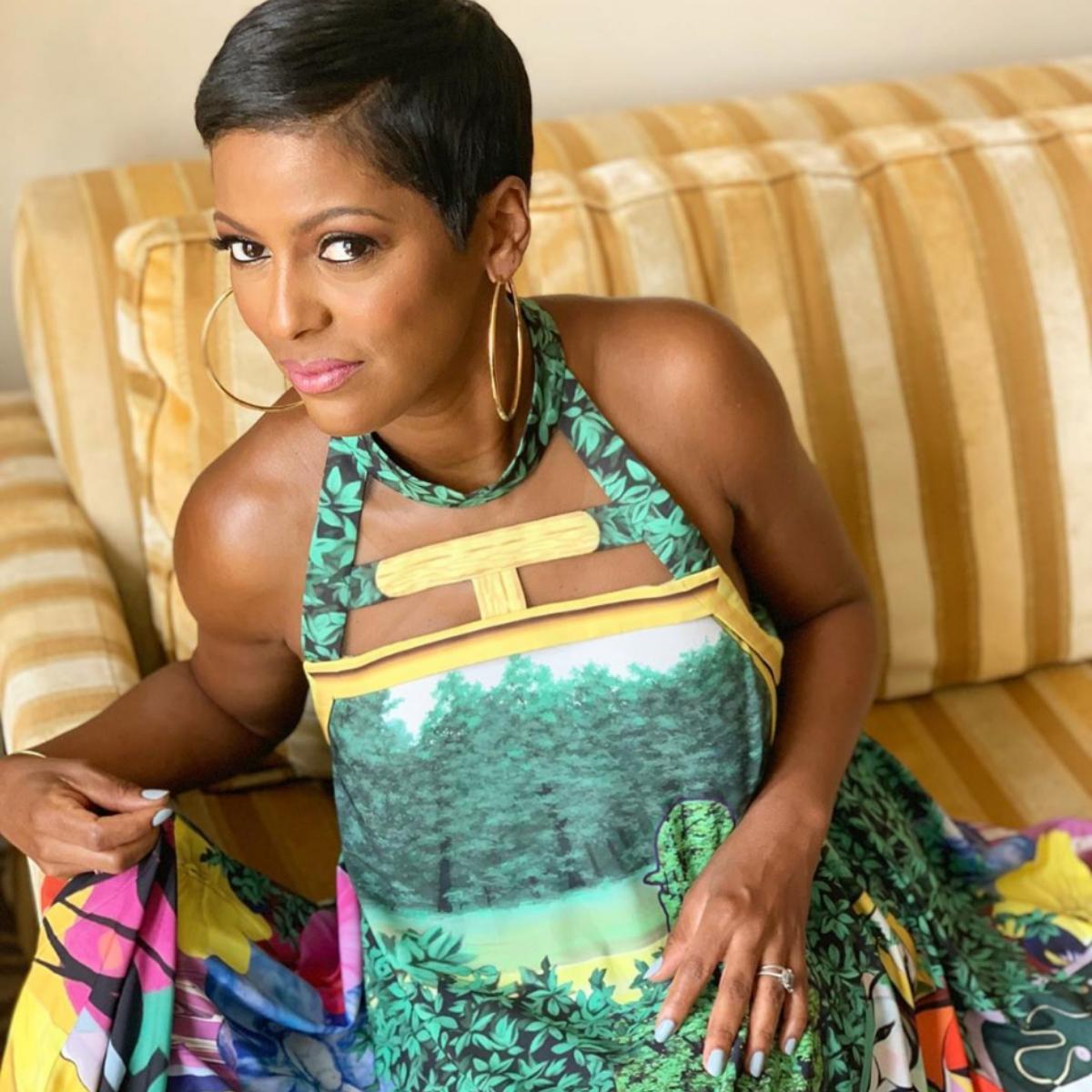 On how/why she married a white man? Hall, 48, said, “I never imagined my husband would be white. I grew up in Texas in a predominately Black neighborhood. I’ve dated almost exclusively men of color, Black men. He just so happened to be the person I fell in love with.”

On if she feared backlash on hooking up with a white man, Hall said, ”There was a worry in the sense of I didn’t want him ridiculed or hurt and I didn’t want anyone feeling badly about themselves. As I pointed out, our president is a product of an interracial relationship. It’s labels that were trying to break down on the show and that we can bring in conversations that are really happening.”

READ ALSO:   Gifty Celebrated Her 24th Birthday Yesterday But Revealed Hating Her Special Day Because It Was Then "My Dad Passed Away"

Thank You!!! Our first show ratings are in @TamronHallShow #tamcam. I appreciate y’all so much! It’s one day and the journey continues. Find your time and channel @ https://t.co/bPhMFZ6hRh and keep watching! pic.twitter.com/9zz7T6U2sv

”In no way did marrying my husband mean that Black men had failed me. I was raised by an unapologetic Black man who served in this country’s army for 30 years. That’s who I am. That’s the fiber of who I am.”

On if Hall had to get over any hurdles in her own mind about marrying a white man, TheYBF notes:

READ ALSO:   "Na Your Money You Dey Secure" - Fan Tells Junior Pope After He Shares On Set Photos On Christmas Eve Claiming To Be Working For The People

”Of, course I did. I don’t know if hurdles are the right thing, but I did take things into consideration. This is the person who I love and who loves me and who roots for me. My husband used to be the executive producer of the ‘Bernie Mac Show’ and won a Peabody Award for it. One of the most powerful images of a strong black father figure in TV. He said to me ‘Be yourself.” He gave me great advice along the way. I had to think about personal – well not consequences because I’m a grown woman. It wasn’t really that. We all love somebody and you don’t want anything you do to hurt them.”

Nigerian Celebrity News: Davido Thanks Chioma For Being Pregnant For Him – “My Beautiful Wife”