Trending News
“Don’t Be Pushed By Your Problems, Be Led...
“God Came Through For Me” – Nollywood Actress,...
“I’ve Always Had To Give Extra To Attain...
“You Cannot Call On The Name Of God...
‘I Believe It Is My Season And My...
“Hair Doesn’t Define Me, Either Way I’m Pretty”...
“Love Yourself, Life Will Be Fine And Happy”...
“Never Allow Anyone Steal Your Joy Or Happiness”...
“There Are Far Better Things Ahead” – Popular...
If You Tell My Sister To Stop Calling...
Home Celebrity Gossip and News Man Arrested For Abducting Worshipper During Church Vigil And Raping Her In Delta State
Celebrity Gossip and News 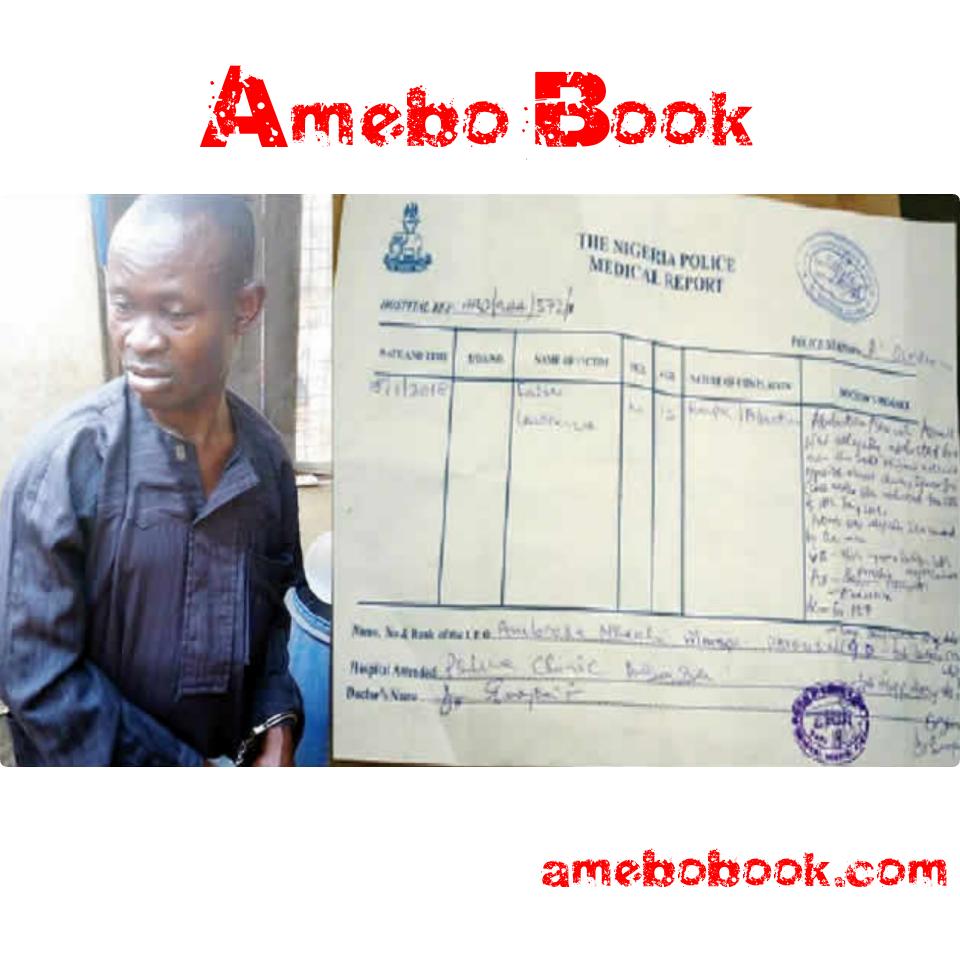 Delta State: Man Arrested For Abducting Worshipper During Church Vigil And Raping Her

A man simply identified as Paul, has been arrested by the police for abducting a 21-year-old woman, Esther, and raping her in Ibusa, Asaba, Delta state. The suspect, a self-acclaimed apostle, allegedly held the victim captive in his shop for one week before he was nabbed on Thursday. It’s understood the suspect who founded the defunct Paul Zion Deliverance Ministry, Asaba, sold scriptural items in the shop, which was opposite a parish of the Living Faith Church Worldwide (Winners Chapel) on Ibusa Road.

On Friday, January 12, Esther alongside her family members, attended a vigil at the Living Faith Church. It was then Paul allegedly hypnotised and abducted her. The lady’s family members searched for her after the vigil but when they could not find her, they reported a case of missing person at the A Division of the Delta State Police Command. Meanwhile, the church prayed for Esther to return safely. However, a friend of the victim’s brother sighted her when he went to buy something at Paul’s shop on Thursday and informed the family.

READ ALSO:   Even When Many Call You WEIRD, STRANGE, FOOL And A NOBODY, What Matters Is What God Calls You - Nollywood Superstar, Jerry Williams

According to Punch Metro, Esther’s elder brother said that some church workers apprehended the suspect and held him until the police arrived. He said:

“We went for a vigil at our church on Friday, January 12. We could not find her after the service. My sister is a special child. She had convulsion while she was young and it affected her. She can’t read and write.

“Someone saw her at the man’s shop on Thursday and raised the alarm. When we got there, we discovered that the man had bought new clothes for her. She had been hypnotised and refused to follow us. Later, she said the man made her to swear with a Bible that she would not leave him and that if she did, she would die. He should be in his 50s.

“We learnt that he chased away his wife and children a long time ago. He sells souvenirs outside the church (Winners Chapel). The church does not have anything to do with him.”

READ ALSO:   Uju Okoli And Stephen Odimgbe (Flashboy) Told By Their Colleague To Get Into A Relationship

“He calls himself an apostle. We learnt that his church was closed down. We have options to either drop the case or take him to court. For some reasons, we will not drop the case.”

Esther was then taken to the police clinic at Asaba. A test was carried out on her and it was confirmed she had been raped. She tested positive for “smothered labia majora/minora.”

The coordinator of a rights group, Behind Bars Initiative, Harrison Gwamnishu, said the organisation was closely following the case. He said the suspect had attempted to escape when he realized he was about to be apprehended. Gwamnishu said:

“A woman contacted my organisation and linked me up with the brother of the victim. When we got to the man’s shop, the victim was following him around. He has a mattress inside the shop. On our way to the police station, he  said God told him to get married to a lady and he felt he could marry her. I called the Investigating Police Officer today (Sunday) to know if she was at the station so I could bring the medical report. But she did not pick her calls.”

According to the Delta State Police Public Relations Officer, DSP Andrew Aniamaka, investigations had commenced into the matter, adding that the command had yet to establish the rape allegation. He said:

“The so called pastor is not a pastor. He has a history of mental illness. Be that as it may, it is not for the police to establish who is mad or not. The appropriate authorities will take care of that. It is case of abduction, which we may have to charge to court.”

Check Out This Stunning Photo Of Yul Edochie’s Mother With Her Grandson, Victory Zane Chukwubuike