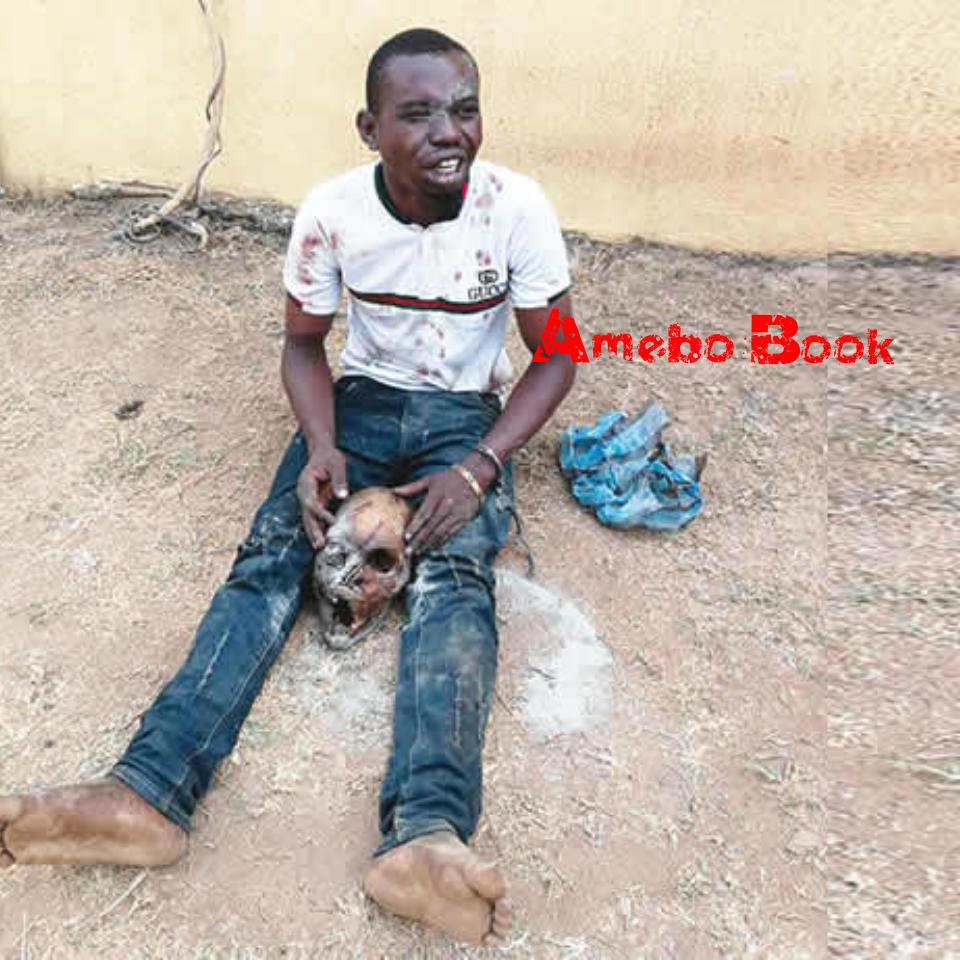 A 25-year-old man identified as Babalola Alex, has been arrested by the Ogun State Police Command in the Asese area of the state for being in possession of a human skull.

According to a police report, the suspect was arrested by operatives of the Federal Special Anti -Robbery Squad while on a routine patrol of the area within the early hours of Thursday.

The state Police Public Relations Officer, Abimbola Oyeyemi, disclosed that the suspect who hails from Ondo State, was arrested following information received from a member of the public who drew the attention of operatives to two men with a sack. He added that the informant said he had gone into the bush to urinate when he saw the two men hiding what looked like a human skull in the sack. He said:

“On receiving the information, the policemen went after the two men and subsequently got one of them arrested, while the other one escaped.

“On searching the sack with the arrested suspect, it was discovered that it contained a human skull.”

When interrogated, the suspect disclosed that a herbalist asked him and his accomplice, whom he simply identified as Ijebu, to bring a human skull for money-making rituals.

READ ALSO:   Too Furious: Driver Got Beaten Up Mercilessly By Passengers Over Bus Fare In Lagos [Photos]

The Baale of Asese, Chief Kasumu Sonola, commended the FSARS team for their timely intervention and routine patrol of the area. He also encouraged them to intensify the patrol in order to rid the area of criminals.

Stuff Of Legend: Here's How P Diddy Savagely Photoshopped French Montana Out Of Photo Of 'Friends'