Trending News
“Don’t Be Pushed By Your Problems, Be Led...
“God Came Through For Me” – Nollywood Actress,...
“I’ve Always Had To Give Extra To Attain...
“You Cannot Call On The Name Of God...
‘I Believe It Is My Season And My...
“Hair Doesn’t Define Me, Either Way I’m Pretty”...
“Love Yourself, Life Will Be Fine And Happy”...
“Never Allow Anyone Steal Your Joy Or Happiness”...
“There Are Far Better Things Ahead” – Popular...
If You Tell My Sister To Stop Calling...
Home Celebrity Gossip and News Mimicking Davido The Riskiest Video We’ve Done — Ikorodu Bois
Celebrity Gossip and News 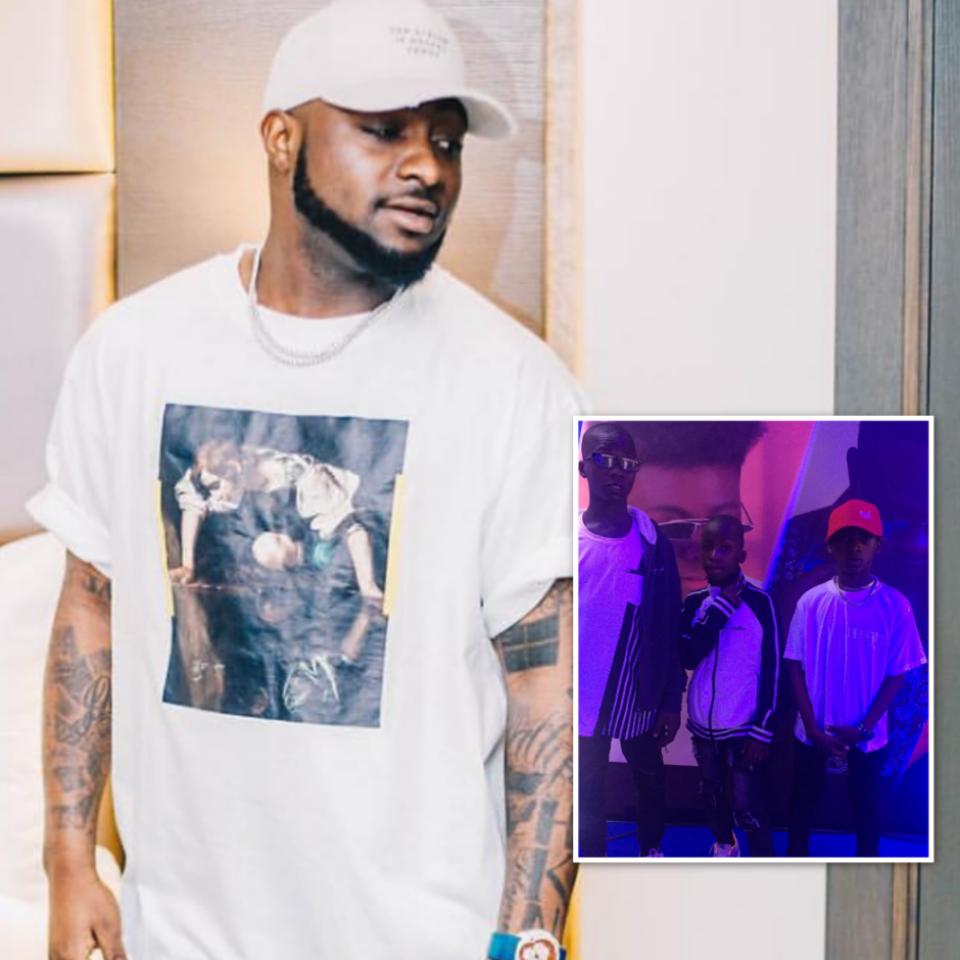 Social media is playing a major role in discovery of talents and exposure. Instagram in particular, has been used to the maximum in finding fresh talents that would never have been seen. The Ikorodu Bois are using this to their advantage to sell themselves. They are fast becoming one of the most popular social media impressionists and celebrities are following them.

In their latest skit, the three brothers who live in Ikorodu, Lagos State, mimicked Davido’s spectacular grand entrance at his concert which was held last year. The singer was lowered by some strings from the top of a stage. Not long after, the video of his grand entrance started trending across the Nigerian social media space.

The youngest member of the Ikorodu Bois, Malik, mimicked Davido’s video which got the singer’s attention. In a chat with Saturday Beats, the brains behind the group, Tunde Sanni, a 21-year-old undergraduate, described mimicking Davido was one of the riskiest videos they have shot. He said:

“It was quite a challenge mimicking Davido after we tried it the first time; we had to shoot it again the next morning before we got it. Malik was scared initially but I had to assure him that I was going to hold him from behind. My friend and I held him from behind for us to get that shot. We were all happy after Davido commented a few minutes after we uploaded the video. Another video that was difficult for us to mimic was Adesuwa Etomi’s video with her mother.”

READ ALSO:   The World Suddenly Makes Sense Again When I Come Home To My Wife And Kids - Actor, Bolanle Ninalowo

When quizzed on fears of getting negative reactions from any celeb, he noted that the celebrities understand that they are kids. He said:

“The celebrities understand that they are children and that is why we clearly stated it on our bio that our videos are just for laughs.”

While explaining his relationship with the others in the group, he said;

“They are my younger brothers; the oldest of them is 14 years old, Muiz Sanni, and the youngest is Malik Sanni, who is eight years old. It all started after I discovered my younger brothers could act very well, especially Malik, who usually acts like a girl. After DJ Cuppy released a video of her dancing to her song in Epe, one of them, Malik, mimicked her and it was hilarious. It was after this we shot the video. Malik actually wants to go into acting later in life, but his elder brother, Muiz, still wants to be a doctor.”

READ ALSO:   "You Can’t Hang Around People Who Are Going Nowhere And Expect Them To Help You Get Somewhere" - Yvonne Nelson

On how the group was started, he said:

“We started officially in October 2017, I am at home presently due to the strike embarked on by the Academic Staff Union of Universities and that gave me time to support them. I am the brains behind it. I simply converted Muiz’s Instagram handle to the group’s name – Ikorodu bois. I told them to start mimicking celebrities the way they could.

“We started with translating cartoon videos into the Yoruba; the first video we mimicked was Kanye West’s video. We did it for fun, and people started reposting the videos. The next video we mimicked was by DJ Cuppy; I wasn’t even around when they shot that video. It was after I got back home later that day that I realised they had uploaded the video on Instagram and it had gained many likes and views.

READ ALSO:   "If It's Fight, I Go Training Oh!" - Whitemoney Warns Pere On What Awaits Him If He Continues To Show Hate [Video]

“We felt very honoured and happy when we met DJ Cuppy at the Rhythm Unplugged event last year; she was surprised when she saw us perform at the event. She even reposted the recent video we did about her family on her birthday.

“We didn’t expect to be invited to perform at the Rhythm Unplugged. When they called us to perform, I was surprised because as at that time, we only had 3,000 followers in November that was after we had mimicked DJ Cuppy’s video. To be honest, it has motivated us to do better, and we are happy with the fact that we make people laugh on the Internet.”

On the support received from their parents, the mimic said;

“Interestingly, our parents have been very supportive even when I used to make comedy skits. Sometimes when we are shooting a skit my mum usually volunteers to help us. More so, shooting these skits doesn’t affect their studies in any way, when school is in session we shoot only on weekends.”