Trending News
“Don’t Be Pushed By Your Problems, Be Led...
“God Came Through For Me” – Nollywood Actress,...
“I’ve Always Had To Give Extra To Attain...
“You Cannot Call On The Name Of God...
‘I Believe It Is My Season And My...
“Hair Doesn’t Define Me, Either Way I’m Pretty”...
“Love Yourself, Life Will Be Fine And Happy”...
“Never Allow Anyone Steal Your Joy Or Happiness”...
“There Are Far Better Things Ahead” – Popular...
If You Tell My Sister To Stop Calling...
Home Celebrity Gossip and News My People Are Asking Me To Bring My Husband Home Along With Yams And Money – Bobrisky
Celebrity Gossip and News 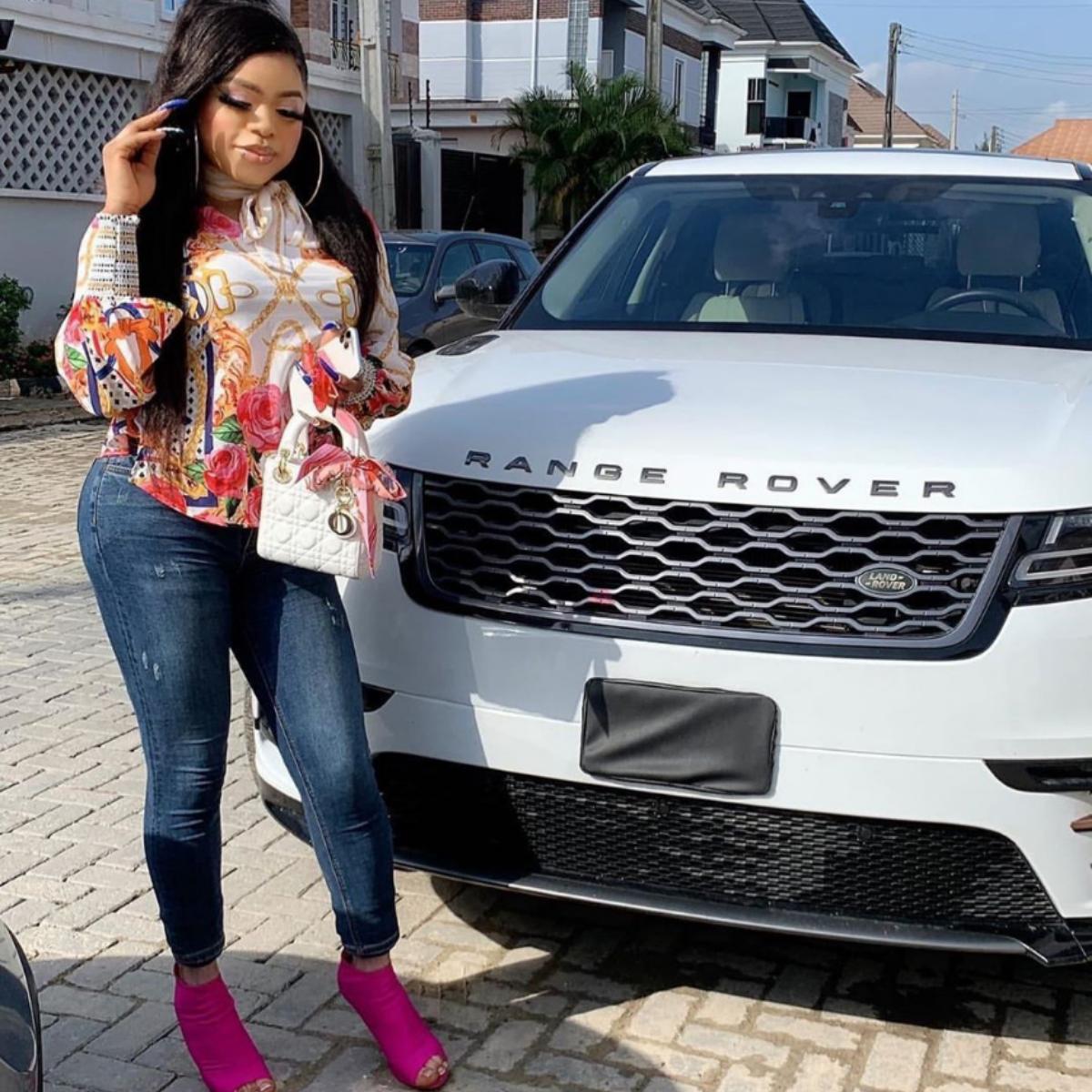 Bobrisky, 28, has posted yet another hilarious post on his Instagram page. This time, the crossdresser claims his family want him to bring his husband home. However, he is caught in a dilema as he has over 10 rich sugar daddies and doesn’t know who to choose Also, the Nigerian Barbie wants to play games until he clocks 32. He captioned the post:

“My parent are waiting for yams and money from my husband family…. Me that have over 10 rich sugar daddies that doesn’t know themselves how will I do it ?”

Tonto Dikeh saw what Bobrisky shared and hit the comment section. She wrote, “I am done..🤣”.

official_estherbright: “Am single and am a virgin. Plz make me the chosen one 😍😍. I love u sooooo much I can do anything for u bob”.

kikistras: “Let me be the one that’s gonna pick d money on that day 😂game over mami go Nd marry Nd give us babies”.

jumian_glow: “Biko is just early Sunday morning 🙏 🤣🤣🤣 which husband are they expecting 🤦‍♀️🤣🤣🤣”.

READ ALSO:   "When God Pays You Back, It Won’t Be Average" - Browny Igboegwu Tells Patience Ozokwo

victorhappiness18: “Give ya parents money and they will shut up 🤐”.

itzzzzzzzzzzzmimi: “Tell them you are waiting for signs from God ….at least they should respect that God’s time is the best 🤣🤣🤣🤣😂😂😂😂😂”.

kiki_winehouse: “Marry all of them at once. You won’t be the fist to have over one husband. Money no dey waste, You need more money”.

READ ALSO:   We Have No Place To Call Home As Long As Civil Rights And Good Governance is Trivialised - Actor Freddie Leonard 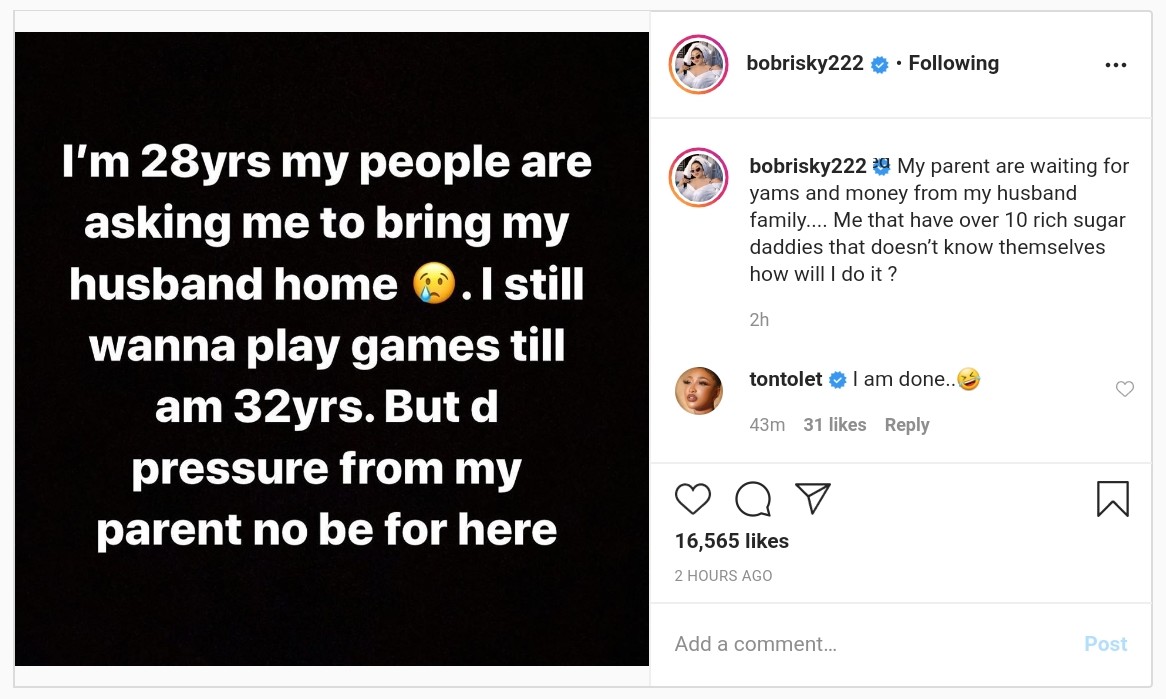 If you recall, Bobrisky went to his father’s house on his birthday dressed as a man so which husband is being expected? LOL

Mind you, that Bobrisky landed his father’s birthday bash rocking a black jalabia and “face cap” doesn’t mean he is hiding his s*xuality. He says it was done out of respect and his family checks his activities on social media including Instagram.

Click Amebo Book for all the latest Naija gist today!