Trending News
It’s Script And Art Eye Candy Working With...
Here’s How Uche Jombo Reacted To Rumours That...
“The World Is Never Going To Agree On...
“My Job Is Simply To Make You Laugh...
Hollywood Comes To Nollywood 2022: Patience Ozokwo Wins...
“It Takes Courage To Win” – Nollywood Actress,...
Adunni Ade Brilliantly Gives Advice On How Young...
“The More You Feed Your Mind With Positive...
Destiny Etiko, Yvonne Jegede, Other Nollywood Celebs Celebrate...
“Don’t Make Your Life Unnecessarily Hard” – Actress,...
Home Celebrity Gossip and News Ned Nwoko’s Fourth Wife, Laila Charani Announces That She Has Divorced Him
Celebrity Gossip and News

Ned Nwoko’s Fourth Wife, Laila Charani Announces That She Has Divorced Him 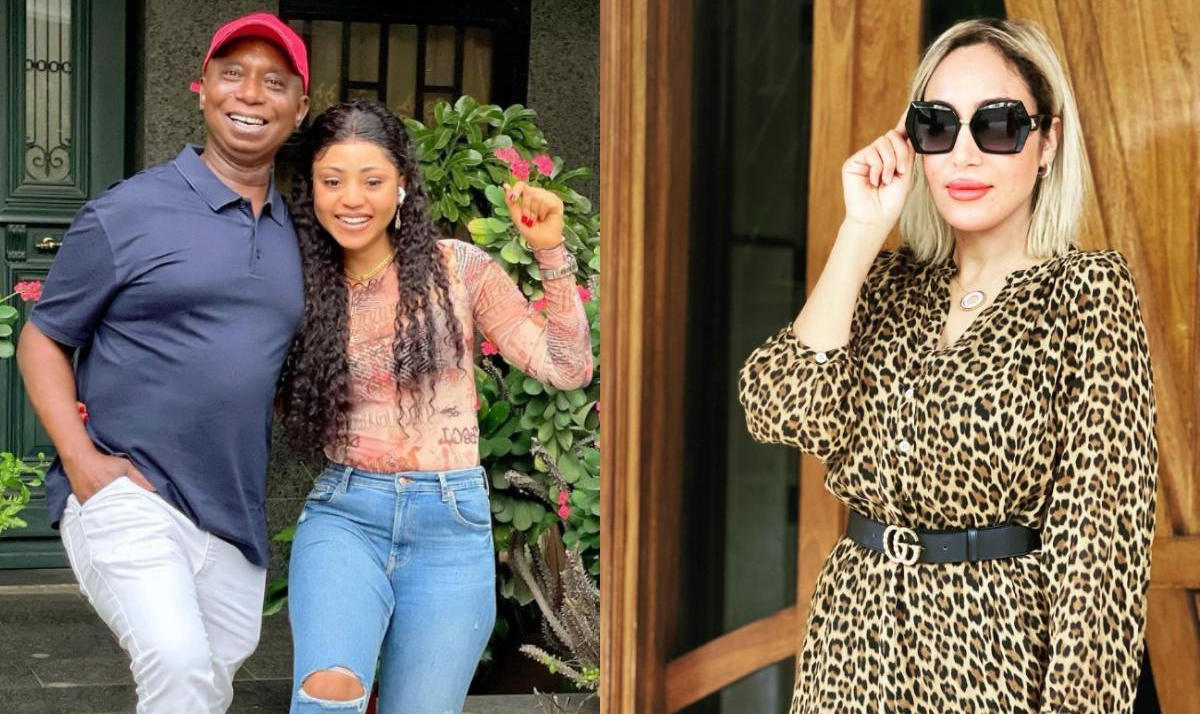 Laila Charani has announced via her Instagram Stories that she has divorced the Nigerian billionaire politician, Ned Nwoko.

If you recall, the mother of three unfollowed Nwoko and Regina Daniels on Instagram while the actress reciprocated the gesture.

Regina Daniels and her spouse alongside their son, Munir have been living their best lives outside the country while going on exotic vacations.

Ned Nwoko was quizzed by his fans why he neglected sharing photos of his other kids and wives including Laila but he claimed they preferred the quiet life.

Obviously, all is not well in the Nwokos household as Laila has divorced the Nigerian politician.

READ ALSO:   See The Curves On Joselyn Dumas In This Photo

Read the post which she posted that announced the divorce below.

“Hello guys I just want to say that no one has right to talk about my marriage, stop talking about peoples life and I have divorced already, nothing between me and him and and anybody who followed me because of him, you can unfollow me please thanks”.