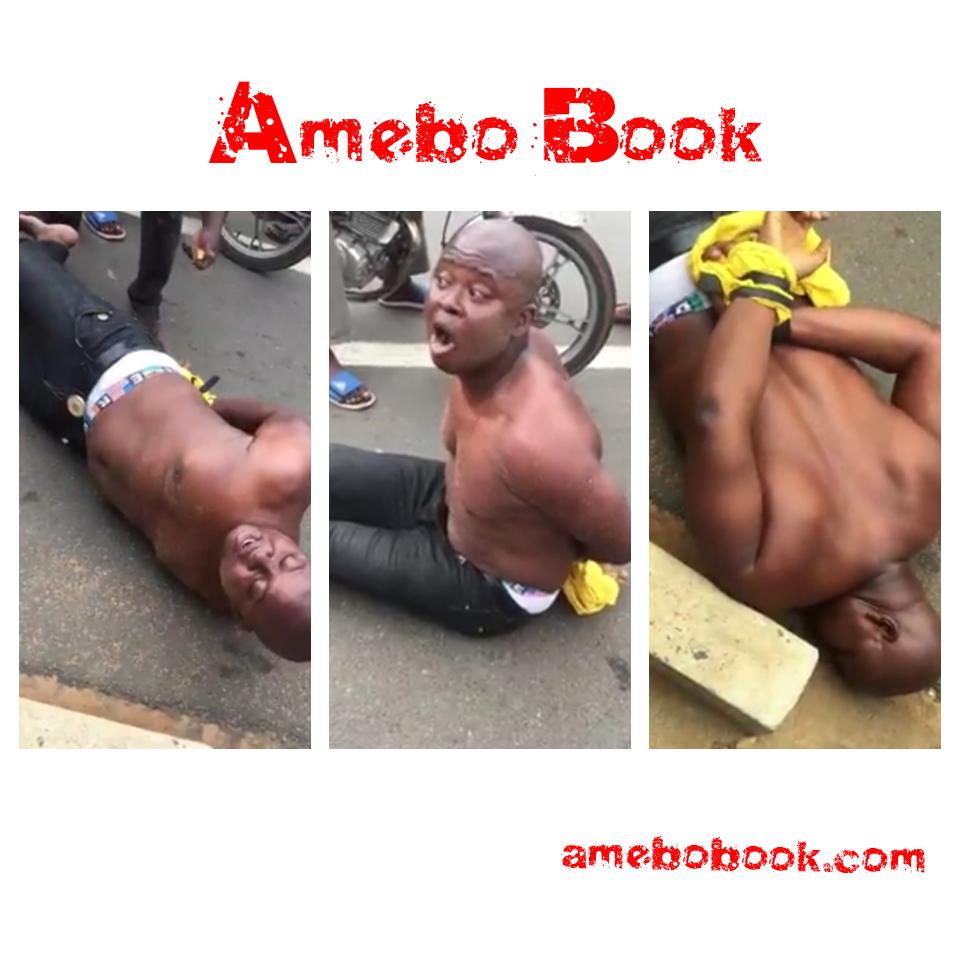 A Nigerian man caused a scene yesterday at a beach in Lomé, Togo. He reportedly went there with his friends but went insane and had to be tied up to restrain him from any further display in public. The middle-aged man is also heard shouting to his friend Kenneth in Igbo dialect to collect his ATM card from his pocket and withdraw money before he is killed. 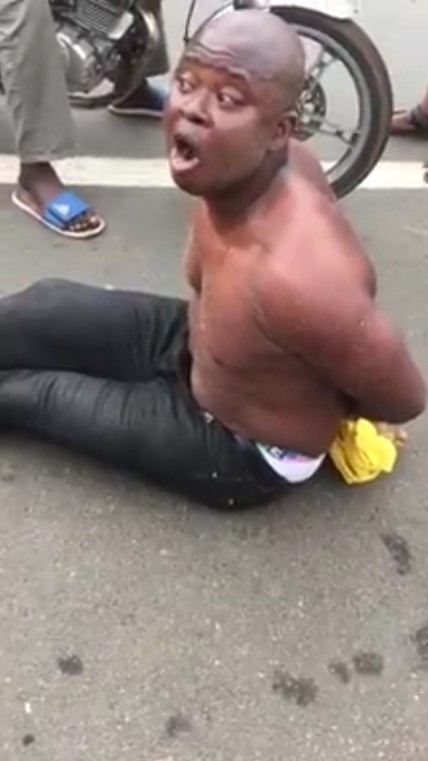 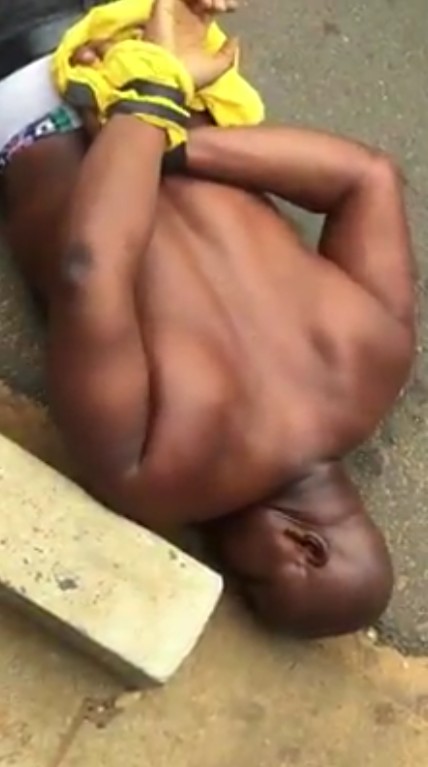 The mentally unstable man also confessed in the video that he did money rituals. He even called on his friend Kenneth to kiss him because two of them are one. The man also attempted to show the ring he allegedly used for the money rituals but said he could not get it out of his pocket since he was tied up. 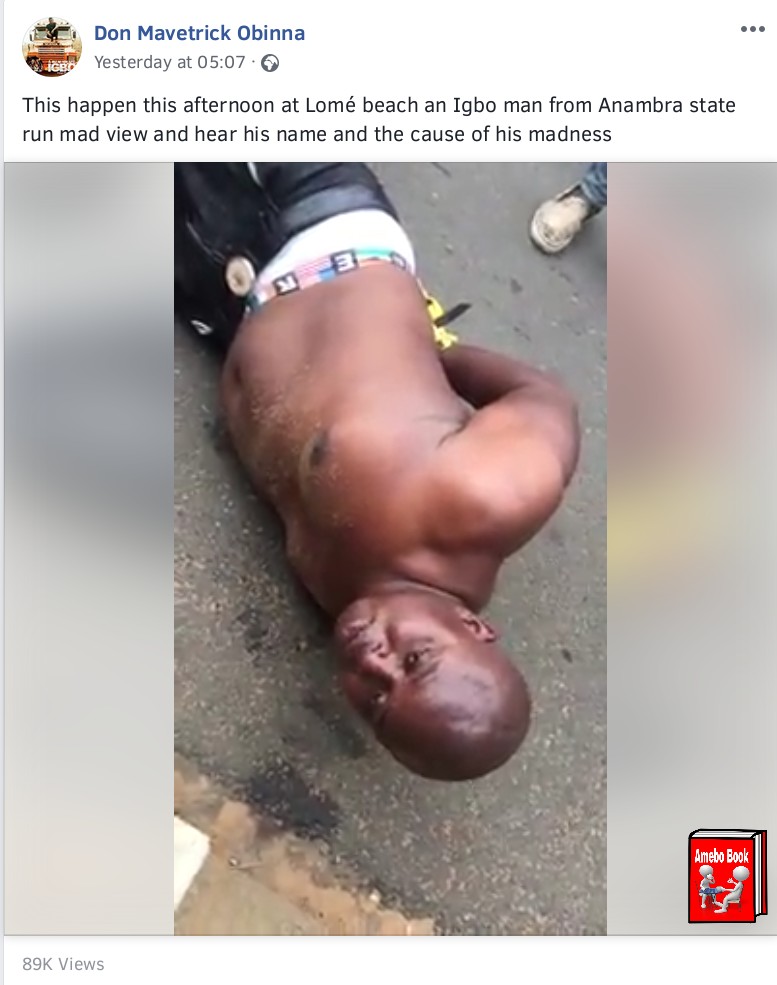 It’s still unclear what may have triggered this public display.

This Is Nigeria: Leaking NNPC Petrol Tanker Spotted On The Road In Lagos [Video]