Trending News
“Many People Are Passing Through Some Devastating Struggles”...
“No One Knows Your Worth More Than YOU”...
“My Husband Is The Most Handsome Man With...
“Don’t Be Pushed By Your Problems, Be Led...
“God Came Through For Me” – Nollywood Actress,...
“I’ve Always Had To Give Extra To Attain...
“You Cannot Call On The Name Of God...
‘I Believe It Is My Season And My...
“Hair Doesn’t Define Me, Either Way I’m Pretty”...
“Love Yourself, Life Will Be Fine And Happy”...
Home Celebrity Gossip and News Orezi Denies Burning Nigerian Currency — “It Was Just Graphics”
Celebrity Gossip and News 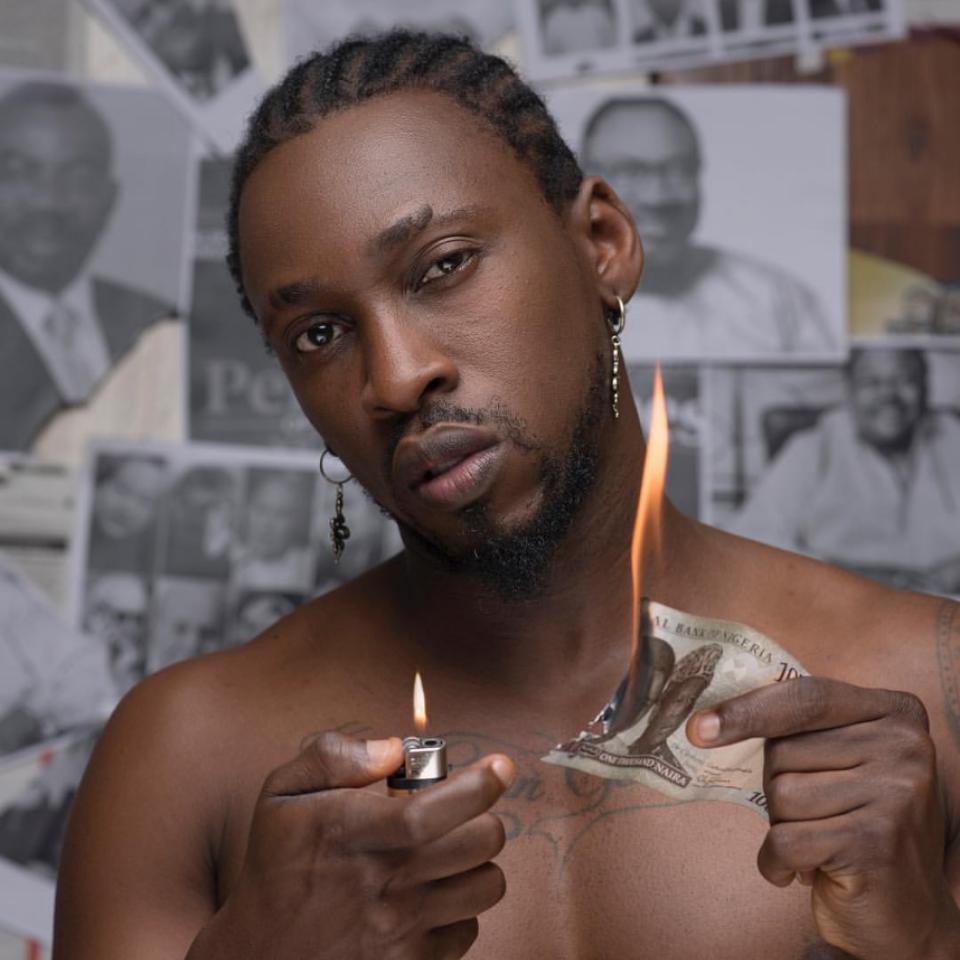 Orezi has been criticized by online commentators throughout this week after he released a photo to promote his new music, Born Broke Die Rich. He was accused of burning the Nigerian currency. However, the singer has denied this claiming it was an artistic paper.

In the picture, Orezi appeared to have set ablaze N1,000 note. This didn’t go down well with Nigerians who felt he was being disrespectful to the country and its legal tender. In fact, some threatened to have the “Born Broke Die Rich” singer arrested as burning of currency is illegal. In an exclusive interview with Saturday Beats, Orezi explained:

“I never burnt the N1,000 note like people thought, it was just graphics; an edited picture. I did not burn the Nigerian currency. If you look at the picture, you would see that the fire almost got to my eyes. If it were real, I would not have been able to withstand the heat. I cannot allow fire to burn my eyes because I want to take a picture. I replied some comments when people were criticising me because of the picture.

“I told them that it was an artistic paper and I did not burn the Nigerian currency. Why would I burn money to promote my music? A lot of my fans also tried to explain to those that were abusing me that it was an edited picture, but they would not listen. Some people went as far as saying that they would arrest me because it is against the law, but I did not burn the money. It is not everything that you can explain to people; sometimes you just have to keep quiet.”

On the inspiration behind ‘Born Broke Die Rich’, the singer said it was inspired by his life story.

“It is just a song for people like me who were not born with a silver spoon in their mouth, but we aspire to be great so that our children would not suffer the way we did.

“It is an inspirational song that advises people like me to work hard for their children’s sake. In the song, I said that my child must not suffer the way I did and that is why I work hard the way I do.”

During his interview with Saturday Beats, the singer spoke about the rumour in 2013 that he had signed on with Davido’s record label. While addressing this, Orezi said:

READ ALSO:   "You Cannot Get Tired Of Watching My Movies" - Patience Ozokwo

“I never signed on with Davido’s record label. We were supposed to work together and we had a deal but at the time, he travelled (out) and the deal was taking too long. Some things were not in place for the deal to happen so we decided to hold on. However, we are very good friends and we have done about two songs together.

“This year, we would also do some projects together. Right now, I am an independent artiste signed on with my record label, Gehn Gehn Music.”

Police Confront R. Kelly At Trump Tower Where Two Women Say They Are Not Being Held Hostage