Trending News
“Don’t Be Pushed By Your Problems, Be Led...
“God Came Through For Me” – Nollywood Actress,...
“I’ve Always Had To Give Extra To Attain...
“You Cannot Call On The Name Of God...
‘I Believe It Is My Season And My...
“Hair Doesn’t Define Me, Either Way I’m Pretty”...
“Love Yourself, Life Will Be Fine And Happy”...
“Never Allow Anyone Steal Your Joy Or Happiness”...
“There Are Far Better Things Ahead” – Popular...
If You Tell My Sister To Stop Calling...
Home Celebrity Gossip and News Nigeria News Today Headlines: Pandemonium As UNILAG Female Student Confesses She’s A Mermaid [Video]
Celebrity Gossip and News 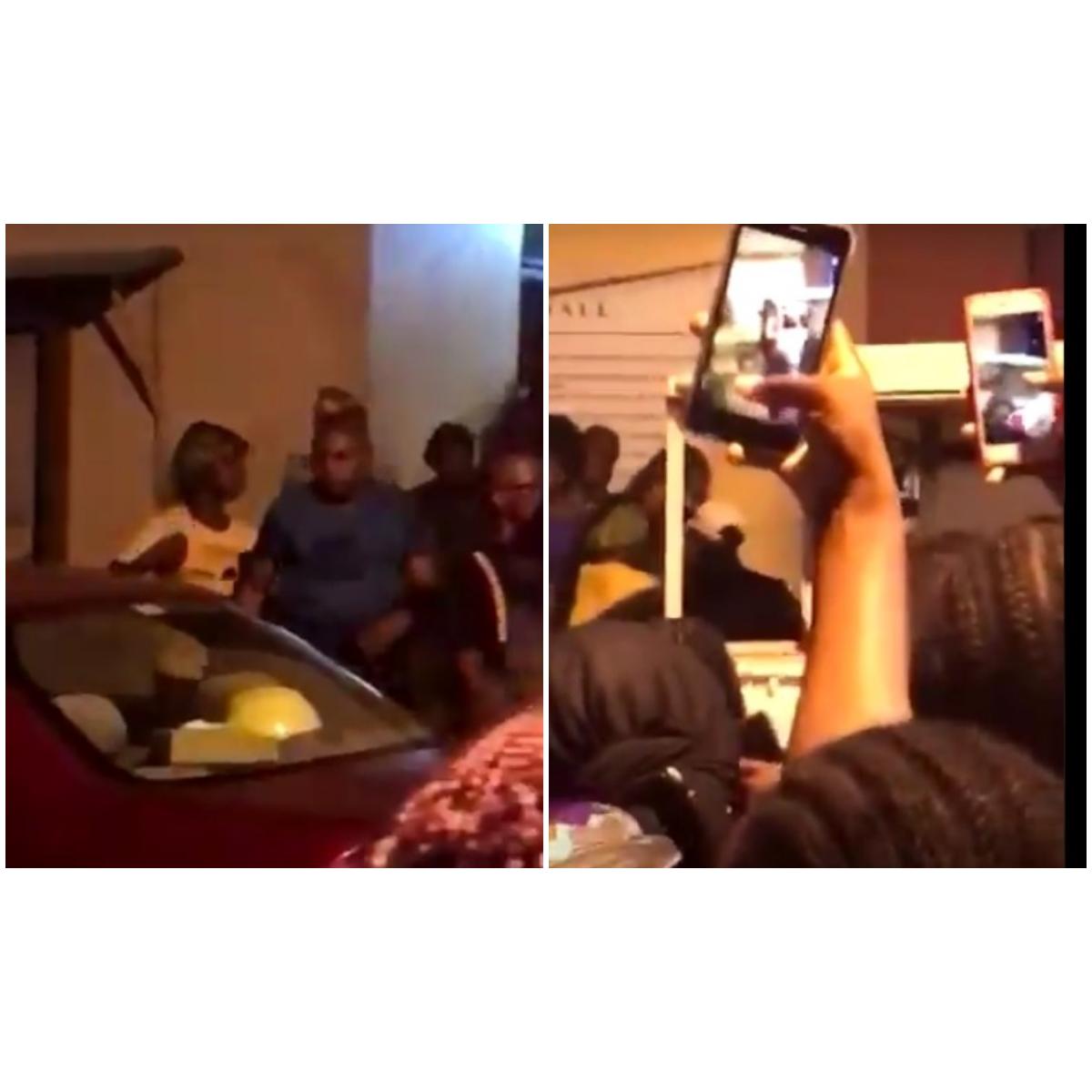 All hell was let loose last night October 22nd, in Fagunwa hall, a female hostel in the University of Lagos, when students claimed another student had confessed to being a mermaid. 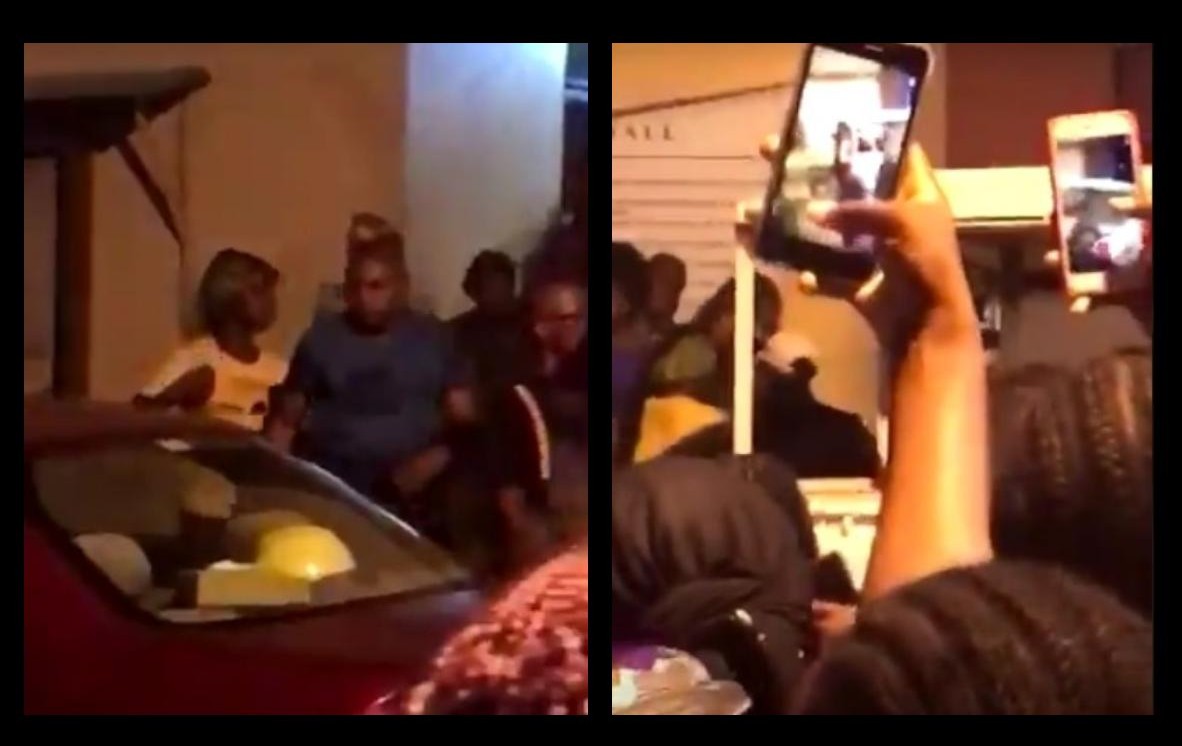 It’s understood the female students in the hall took their heels upon hearing the news that a fellow student within them had confessed she was of the marine world.

According to multiple reports shared by UNILAG students, the alleged Mermaid identified as Olamide, had a misunderstanding with another student identified as Blessing who she was accomodating in her room. The ‘mermaid’ student claimed Blessing stole her necklace and threatened to deal with her using powers from the ‘‘Marine Spirits.”

READ ALSO:   You Are Destined To Lift Your Family Out Of Poverty - Actor Junior Pope 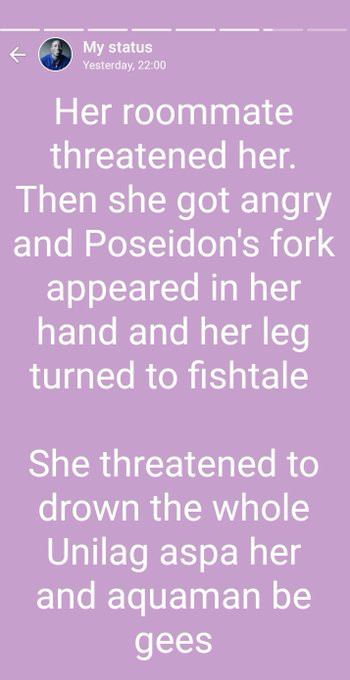 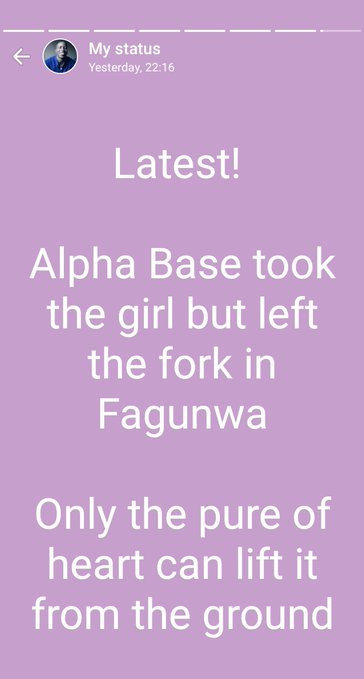 One student wrote while giving a summary of the incident;

“A girl named Blessing who is being squatted by Olamide in Fagunwa hall had a misunderstanding with her. The misunderstanding was caused by a missing wristwatch. Upon losing her necklace, Olamide suspected Blessing and immediately sent her packing from the room and also wrote long notes stating and threatening her not to ever mess with the Marine spirits frankly stating that she is one of them. This statement and notes written by the “mammy water” sparked speculations that she was an actual water goddess. Her roommates said that she only baths in the morning, upon waking, her bed is always soaked,  she wakes up to soak and pour water on her leg, praying to a necklace over her bed every morning.

READ ALSO:   Ruth Kadiri Signs Ambassadorial Deal With Dt Clothing, Says "The FASHIONISTA In Me Is About To Emerge"

“These statements provoked her roommates who dragged her outside while still emphatically insisting that she’s a mermaid.

“These frustrations caused her (mammy water) to reveal that the missing necklace (the one that causes fight) makes her turn into a fish. After these confessions, the Able-bodied Alpha base were then invited into the hostel to lead her out.”

READ ALSO:   "My Good Man" - Chizzy Alichi Says As She Shares Loved Up Photo Of Herself And Husband, Chike On A Romantic Date Out

The video below shows security whisking the alleged ‘mermaid’ Olamide out of the hostel.

Click Amebo Book for all the latest Naija news today.

“Nothing That Happens In Your Life Is By Accident” – John Dumelo

I Will Remain A Side Chick To My Sugar Daddy Rather Than Marry This Broke, Fine Lagos Boys – Bobrisky