Trending News
“Many People Are Passing Through Some Devastating Struggles”...
“No One Knows Your Worth More Than YOU”...
“My Husband Is The Most Handsome Man With...
“Don’t Be Pushed By Your Problems, Be Led...
“God Came Through For Me” – Nollywood Actress,...
“I’ve Always Had To Give Extra To Attain...
“You Cannot Call On The Name Of God...
‘I Believe It Is My Season And My...
“Hair Doesn’t Define Me, Either Way I’m Pretty”...
“Love Yourself, Life Will Be Fine And Happy”...
Home Celebrity Gossip and News John Dumelo Reacts After Negative Comments Claiming He Was Idol Worshipping Because They Saw Photo Of Him Touching The Feet Of A Statue Of Jesus Christ
Celebrity Gossip and News 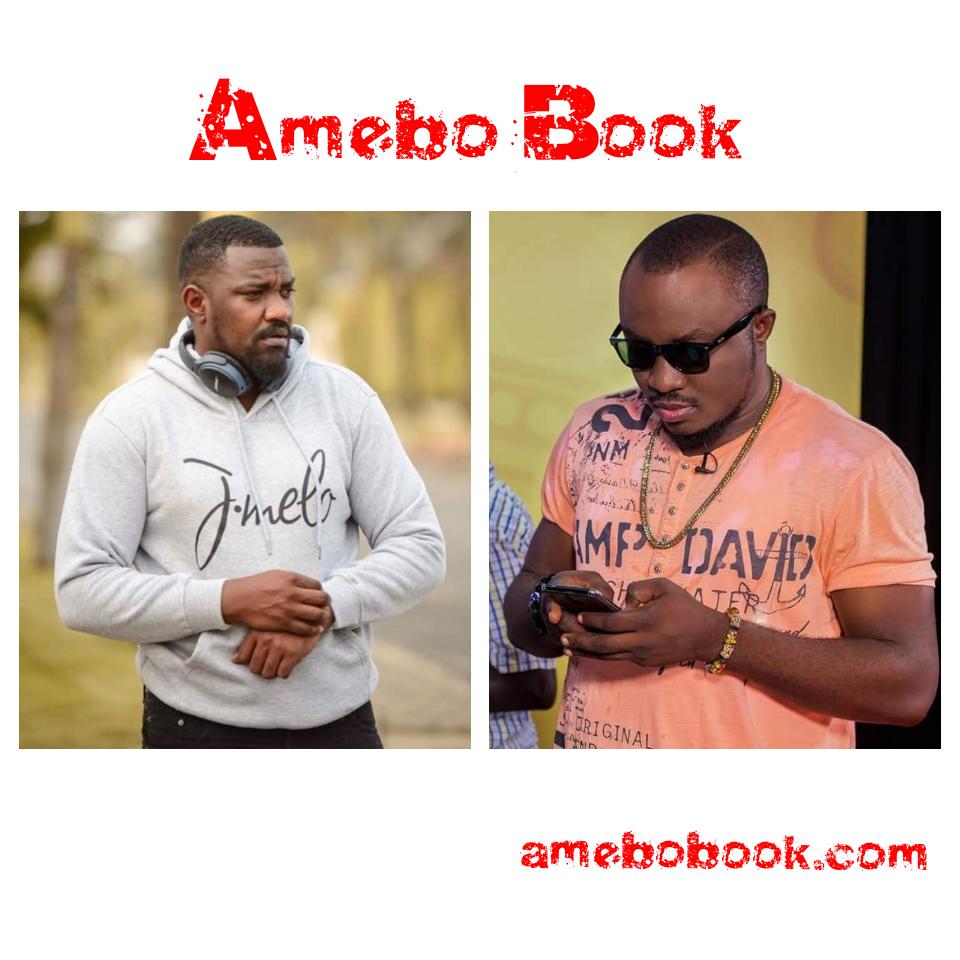 Photo Of John Dumelo Touching The Feet Of A Statue Of Jesus Christ, Fans React Including Comedian DKB

John Dumelo shared a photo of himself touching the feet of a statue of Jesus Christ in a church in Montreal. However, not long after, comments started coming in on the post which was shared on the Ghanaian actor’s Instagram page. Dumelo was being accused of idol worshipping. Some said what he was doing could be called blasphemy while others said it was occultism.

Tragically, a couple of commenters were annoyed John Dumelo was ‘worshipping the white man’s God’. It wasn’t long before comedian, DKB, called out the actor. He claimed the Second Commandment forbids bowing to graven images for it is written,  “Thou shalt not make unto thee any graven image, or any likeness of any thing that is in heaven above, or that is in the earth beneath, or that is in the water under the earth. Thou shalt not bow down thyself to them nor serve them”.

John Dumelo saw this and was quick to point out “it’s your faith that heals you” adding that “it’s working for me.”

READ ALSO:   I Love Your Movies But Not The Pictures You Take - Fan Tells Destiny Etiko

See how it went down below.

dkbghana: “@johndumelo1 2nd commandment: thou shall not bow to any graven image of anything in heaven, above the skies and below the earth.”

johndumelo1: “@dkbghana it’s your faith that heals you bro. This is my faith and it’s working for me.” 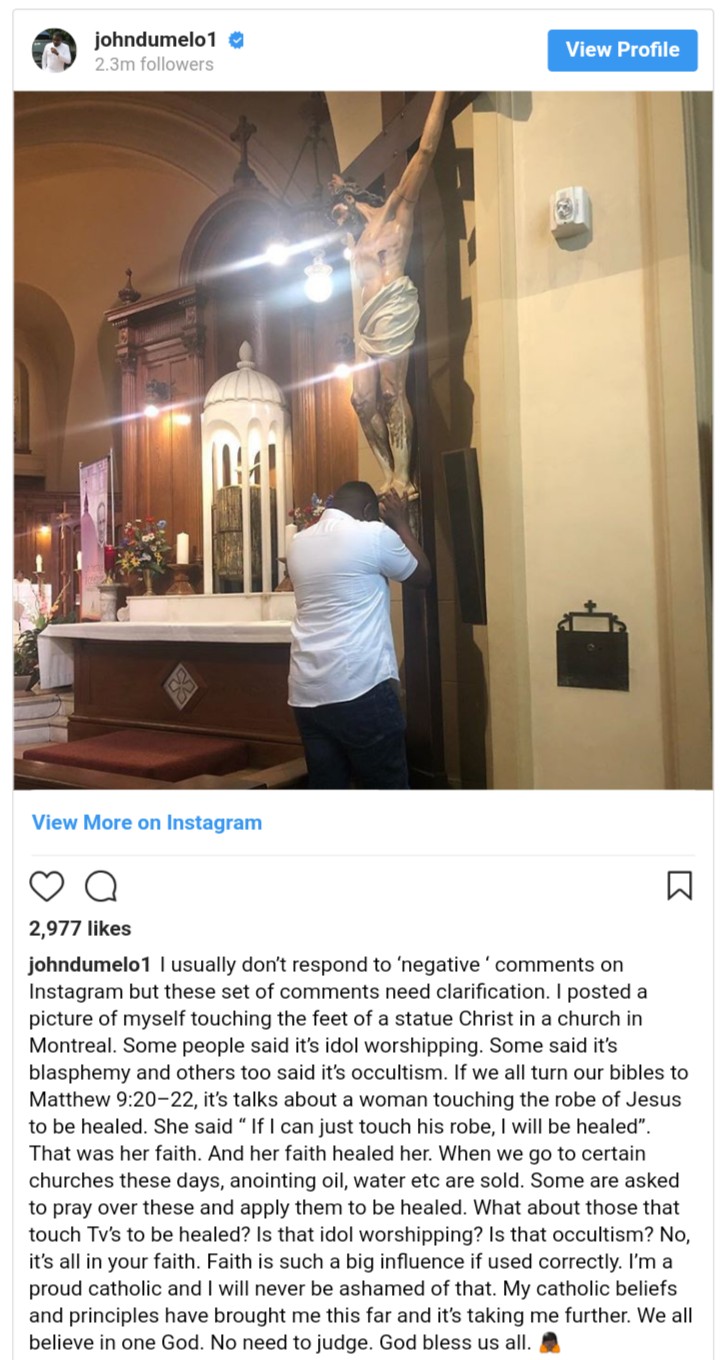 There were reactions backing John Dumelo. However, read some of the negative comments that drew the actor’s attention.

mozeal_official: “@johndumelo1 Mheen.. ,diiz is totally wrong ..u are worshiping a statue, i don’t see d diff between u and idol worshippers…”

trutskyyao: “Emancipate yourself from mental slavery. Worship the true God in you not on the cross. Are you a resucrusian?”

prettiestmali: “At this day and age people still worship and bow down to white Jesus. Ignorance is not a bliss! Go educate yourself!”

iamkinglewi: “Johndumelo that your faith in bowing down to graven image is working for you doesn’t make it right… If you’re a Christian and I’m sure by now you know that our Lord Jesus Christ died, was buried and raised from death with that same body seated at the right hand of God Almighty. Thus what you are doing is called idol worshiping”

READ ALSO:   See The Type Of Dance Victoria Kolawole Says She Is Still Trying To Learn

brown_picasso230: “Lol see Nigerians writing Amen up aan down, some are even ready to confess their sins … only ur faith will heal u, pple that comment just for commenting sake DM for 1month sub”

.a.u.l_oseh: “And to think that this actor @johndumelo1 that most people see as role model and idol worshippers… He said its even working for him….. No critical thinking at all…. Keep worshipping a white man that you call God, so sorry Africa is on auto reverse ” we will never be free untill we embrace our own….”

Hence, he decided to clarify the matter. He wrote:

“I usually don’t respond to ‘negative ‘ comments on Instagram but these set of comments need clarification. I posted a picture of myself touching the feet of a statue Christ in a church in Montreal. Some people said it’s idol worshipping. Some said it’s blasphemy and others too said it’s occultism. If we all turn our bibles to Matthew 9:20–22, it’s talks about a woman touching the robe of Jesus to be healed. She said “ If I can just touch his robe, I will be healed”. That was her faith. And her faith healed her. When we go to certain churches these days, anointing oil, water etc are sold. Some are asked to pray over these and apply them to be healed. What about those that touch Tv’s to be healed? Is that idol worshipping? Is that occultism? No, it’s all in your faith. Faith is such a big influence if used correctly. I’m a proud catholic and I will never be ashamed of that. My catholic beliefs and principles have brought me this far and it’s taking me further. We all believe in one God. No need to judge. God bless us all.”

READ ALSO:   I Was Once Married To My Best Friend Michelle Jackson But We Divorced Because Of Time I Put Into Music - Don Jazzy

Other posts shared by Dumelo below. 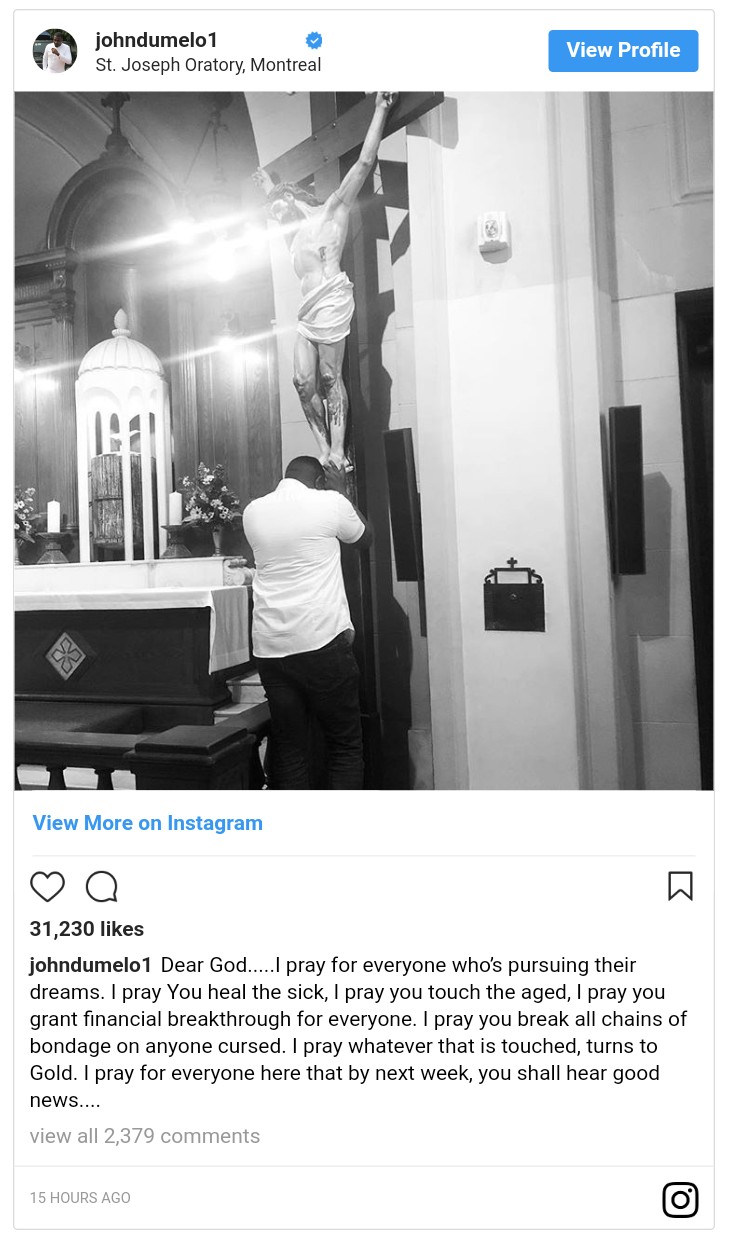 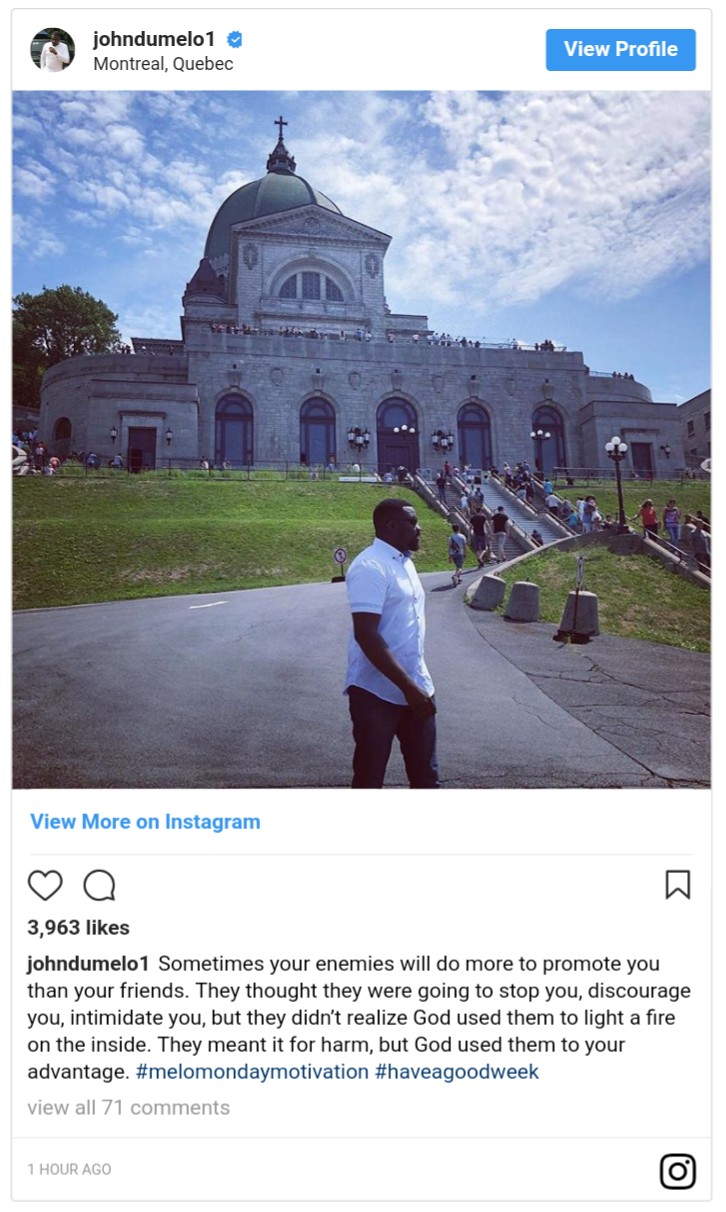 John Dumelo Touching The Feet Of A Statue Of Jesus Christ, Fans React Including Comedian DKB

Peter Okoye Shows Off Mansion And Cars, Says It’s Supposed To ‘Motivate And Inspire’ You