Trending News
“Don’t Be Pushed By Your Problems, Be Led...
“God Came Through For Me” – Nollywood Actress,...
“I’ve Always Had To Give Extra To Attain...
“You Cannot Call On The Name Of God...
‘I Believe It Is My Season And My...
“Hair Doesn’t Define Me, Either Way I’m Pretty”...
“Love Yourself, Life Will Be Fine And Happy”...
“Never Allow Anyone Steal Your Joy Or Happiness”...
“There Are Far Better Things Ahead” – Popular...
If You Tell My Sister To Stop Calling...
Home Celebrity Gossip and News See How Senior Students Tortured The 11-Year-Old At Command Secondary School, Ibadan, Oyo State, He’s Been Down With Ill Health Since
Celebrity Gossip and News

See How Senior Students Tortured The 11-Year-Old At Command Secondary School, Ibadan, Oyo State, He’s Been Down With Ill Health Since 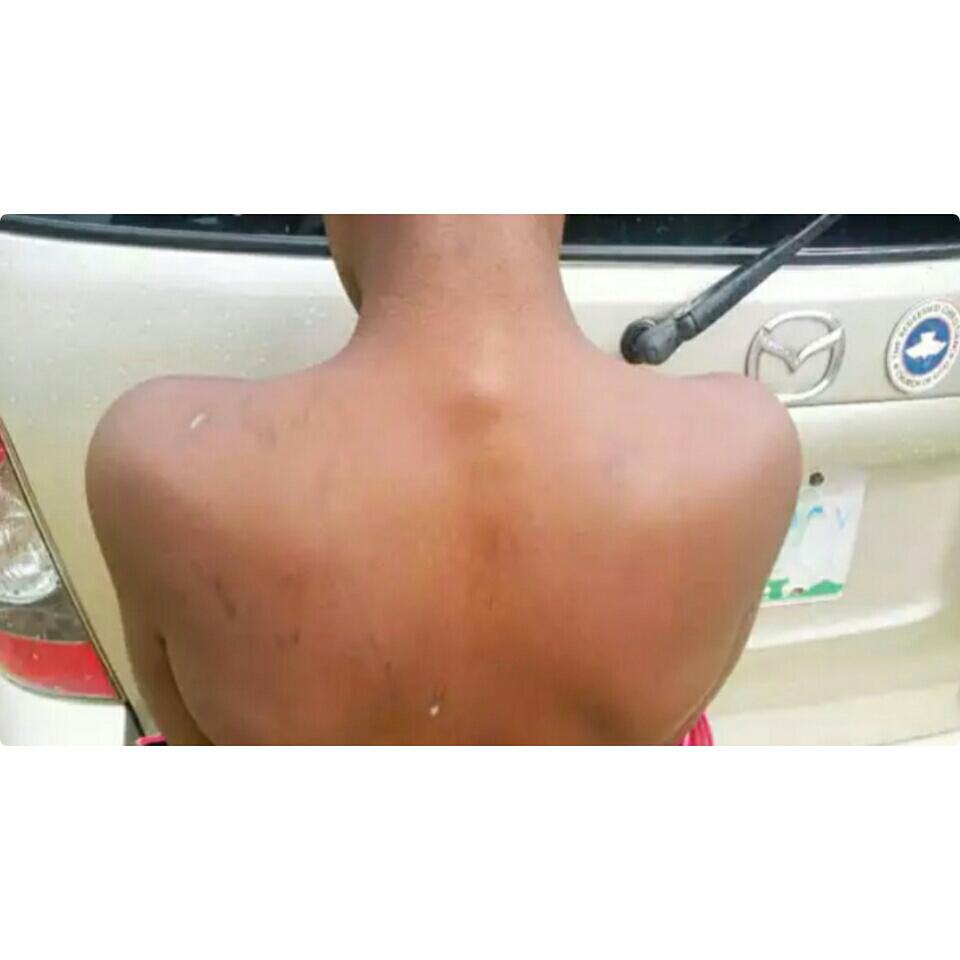 Israel Dada has been in the school for about nine months and yet, it’s understood senior students tortured the 11-year-old at Command Secondary School, Ibadan, Oyo State, to the extent that he’s been struck down with illness. The Junior Secondary School 1 pupil and his fellow pupils were said to have been subjected to a series torture by the senior pupils.

According to Punch Metro, each time they were punished by the senior pupils, they would be threatened with stiffer punishment if the torture was reported to the school authorities and their parents. However, on Friday, June 23, when Israel’s father was called on the telephone to come and pick him up, everthing was revealed.

Israel who was once chubby, became lean and was even rushed to the hospital where he received medication and was admitted. While narrating his ordeal, Israel disclosed that three days before he fell sick, one Stephen, his hostel mate, who was in SSS I, had complained about a missing wristwatch and summoned all the junior pupils, including him. When the whereabouts of his wristwatch was not forthcoming, Stephen flogged them. He said:

“Senior Stephen flogged us seriously and vowed to beat us more if we reported to the school management. He later found the wristwatch. Apart from him, other senior pupils, usually beat us. At times they would punish us because we didn’t greet them.”

The victim’s father, Olushola Dada, also said that apart from the illness, he had observed that his son was depressed but he couldn’t get him to open up on what was disturbing him until he returned from the hospital on Saturday. He said:

“I learnt that senior pupils usually bully the junior ones in the school, but I was not worried because my son never told me. That Friday, the school called, saying my son was ill and was not responding to treatment. I was asked to come and pick him.

READ ALSO:   Reactions As Actress Jumoke Odetola Asks If You Would Approve For Your Spouse To Have A Bestie Of The Opposite Gender

“I took him to our family hospital. He was given medication. When he was admitted to the school in October, he was plump; I was worried about what could have made him to lose weight so fast.

“The following day, he removed his clothes and was going to take a bath when his mother saw scars on his back. He was beaten up as if he was a thief. After pestering him, he said it was senior pupils that usually beat him and other junior pupils. He specifically mentioned Stephen. How will a pupil learn in this kind of situation? Is it a crime for pupils to be in a boarding school?”

Israel’s mother, Olasunkanmi Dada, also revealed that the matter had been formally reported to the school management. She had been so furious when she saw the scars on her son. The Vice Principal of the school, Mr. James Olatunde, who confirmed the torture, said Stephen had been punished and sent to a ‘guardroom’ to serve as a deterrent to other senior pupils. He said:

“We are aware of the incident. The pupil is already in the ‘guardroom’ and by Monday (today), he is going home on suspension. He had been given some strokes of the cane on the assembly ground so that others will learn.

“We are appealing to the parents that such a thing would not happen again. We have counselled all the senior pupils and told them to take the junior pupils as their brothers. If you see the way soldiers punish these senior pupils, you will pity them. Despite this, we still have some who behave badly. We are going to stop such behaviour.”