Trending News
“Many People Are Passing Through Some Devastating Struggles”...
“No One Knows Your Worth More Than YOU”...
“My Husband Is The Most Handsome Man With...
“Don’t Be Pushed By Your Problems, Be Led...
“God Came Through For Me” – Nollywood Actress,...
“I’ve Always Had To Give Extra To Attain...
“You Cannot Call On The Name Of God...
‘I Believe It Is My Season And My...
“Hair Doesn’t Define Me, Either Way I’m Pretty”...
“Love Yourself, Life Will Be Fine And Happy”...
Home Celebrity Gossip and News Pandemonium As Sergeant Kills Motorcycle Rider Over N50 Bribe In Ebonyi State
Celebrity Gossip and News 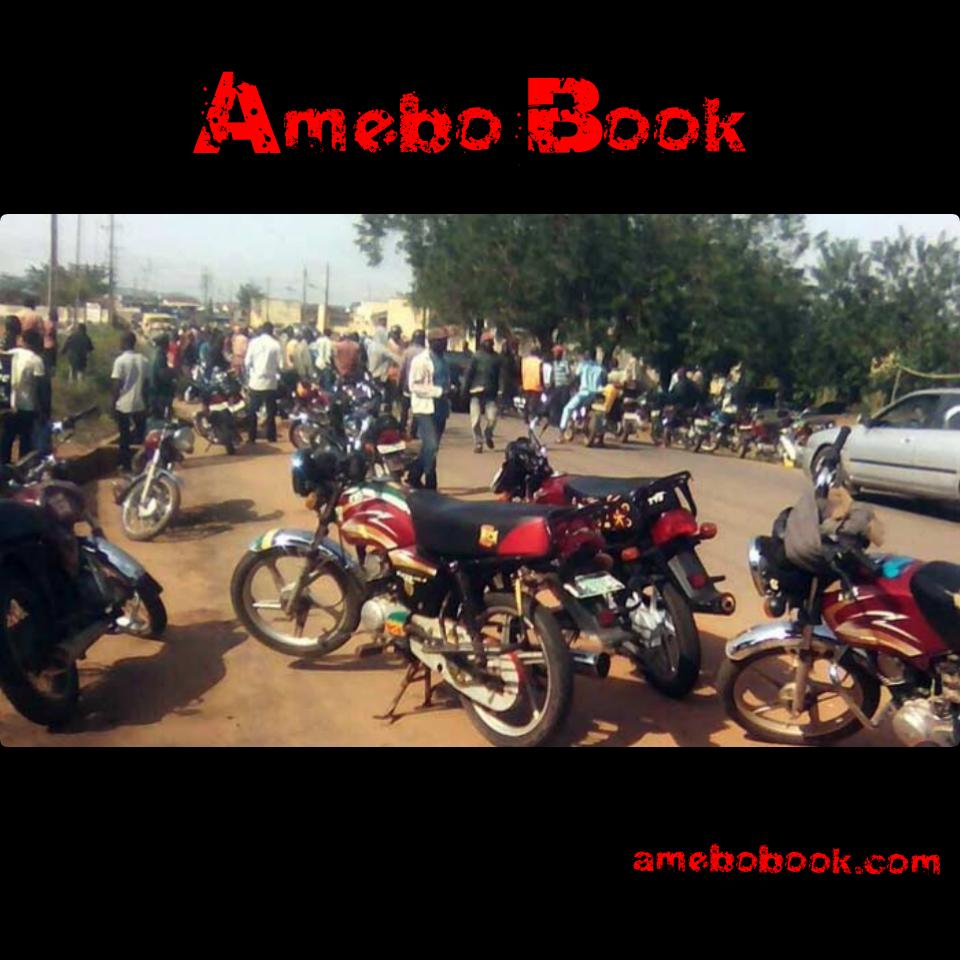 A police sergeant attached to the Anti -Kidnapping Squad, has been accused of shooting dead a commercial motorcycle rider identified as Ofim Ejike, over N50 bribe in Abakaliki, Ebonyi State.

It’s understood the youths in the area made bonfires on Udemezue and Waterworks roads and barricaded adjoining streets to demand justice for the victim after he was killed by the trigger- happy police sergeant, Onyebuchi Nweke, on Wednesday. It took a combined team of anti -riot policemen from the police command headquarters in Abakaliki to disperse the angry youths after firing tear gas canisters.

According to reports, the anti -kidnapping team was conducting a stop and search at Anan World Junction , Waterworks Road , when they flagged down the motorcycle rider at the check point. A witness, Okwuchukwu Unata, revealed that the motorcycle rider who had a female passenger , was ordered by the operatives to pay N50. He said:

READ ALSO:   "No One Can Make You Feel Inferior Without Your Consent" - Beautiful Nollwood Actress, Ngozi Ezeh-Evuka Says

“While he was trying to park , the killer sergeant corked his AK – 47 rifle and shot him in the face at close range.”

Sunday Nwefuru also witnessed the incident. He explained that the sergeant had an altercation with other team members before the incident occurred.

The leader of commercial motorcycle riders in the state , Mr. Reverend Akuma reacted to the incident describing it as unfortunate. He added that it should not have happened considering the harmonious working relationship between the union and the police .

The state Police Public Relations Officer , Lovet Odah, said sergeant Onyebuchi Nweke was tried on Wednesday at the anti – kidnapping unit and has been dismissed from the Force. He added that such actions would not be condoned by the police and that the suspect would be arraigned on Friday (today) to face charges bordering on murder. She said:

“The incident was unfortunate ; we are appealing for peace and order . There is no way the police command will condone such a dastardly act. The suspect , Sergeant Onyebuchi Nweke , was tried at the department level and was summarily dismissed from the Force.”

READ ALSO:   Chika Ike Is An Actress I Consider Too Hot - Ini Edo

“If any motorcycle rider was arrested or his motorcycle confiscated following the incident , as soon as there is calm , they will be released and their motorcycles returned to them . Every strategy we adopt is aimed at bringing peace to the state capital.”

“No stone will be left unturned to ensure justice for the victim , Ofim Ejike .”