Trending News
It’s Script And Art Eye Candy Working With...
Here’s How Uche Jombo Reacted To Rumours That...
“The World Is Never Going To Agree On...
“My Job Is Simply To Make You Laugh...
Hollywood Comes To Nollywood 2022: Patience Ozokwo Wins...
“It Takes Courage To Win” – Nollywood Actress,...
Adunni Ade Brilliantly Gives Advice On How Young...
“The More You Feed Your Mind With Positive...
Destiny Etiko, Yvonne Jegede, Other Nollywood Celebs Celebrate...
“Don’t Make Your Life Unnecessarily Hard” – Actress,...
Home Celebrity Gossip and News “Shocked” Nollywood Legend Kenneth Okonkwo Narrates How Young Fuel Attendant Used Almost All Her Salary To Pay For His Fuel After Seeing Him For The First Time
Celebrity Gossip and News 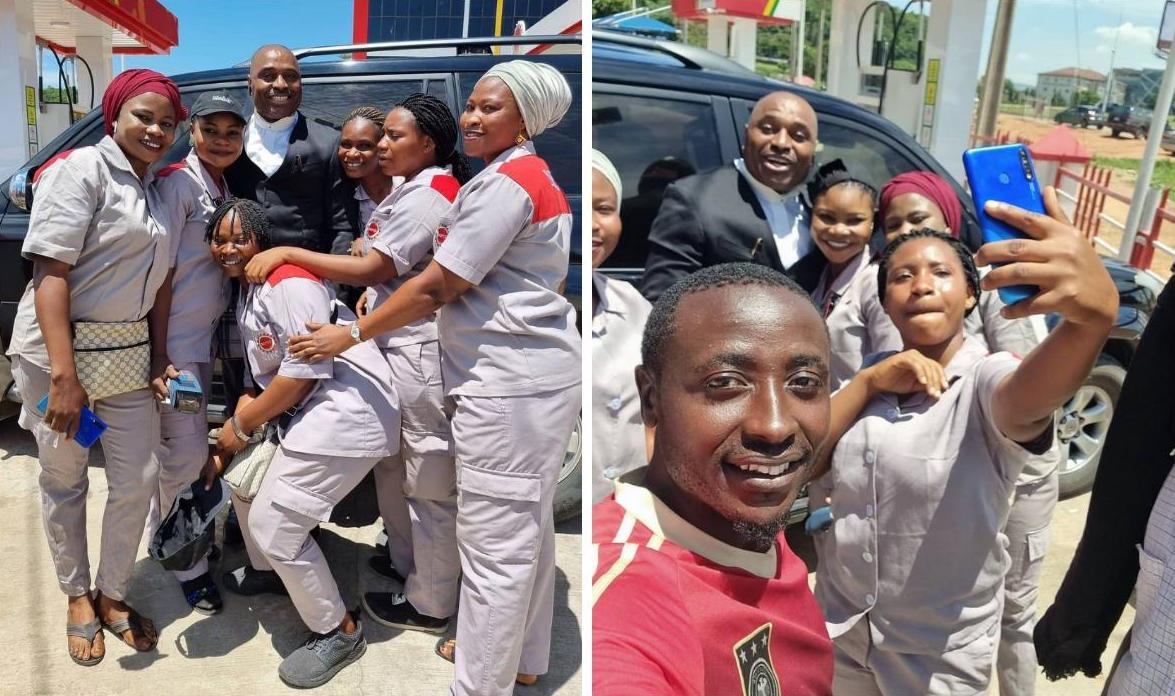 One of those who did was Kenneth Okonkwo. The popular Nollywood legend narrated how he met a young fuel attendant who got so excited to meet him for the first time that she insisted on paying for his fuel which costs N12,600.00 .

According to Okonkwo, he had to inquire about her salary only to find out that it was only N15,000.00 monthly.

The thespian who also doubles up as a lawyer, wrote; 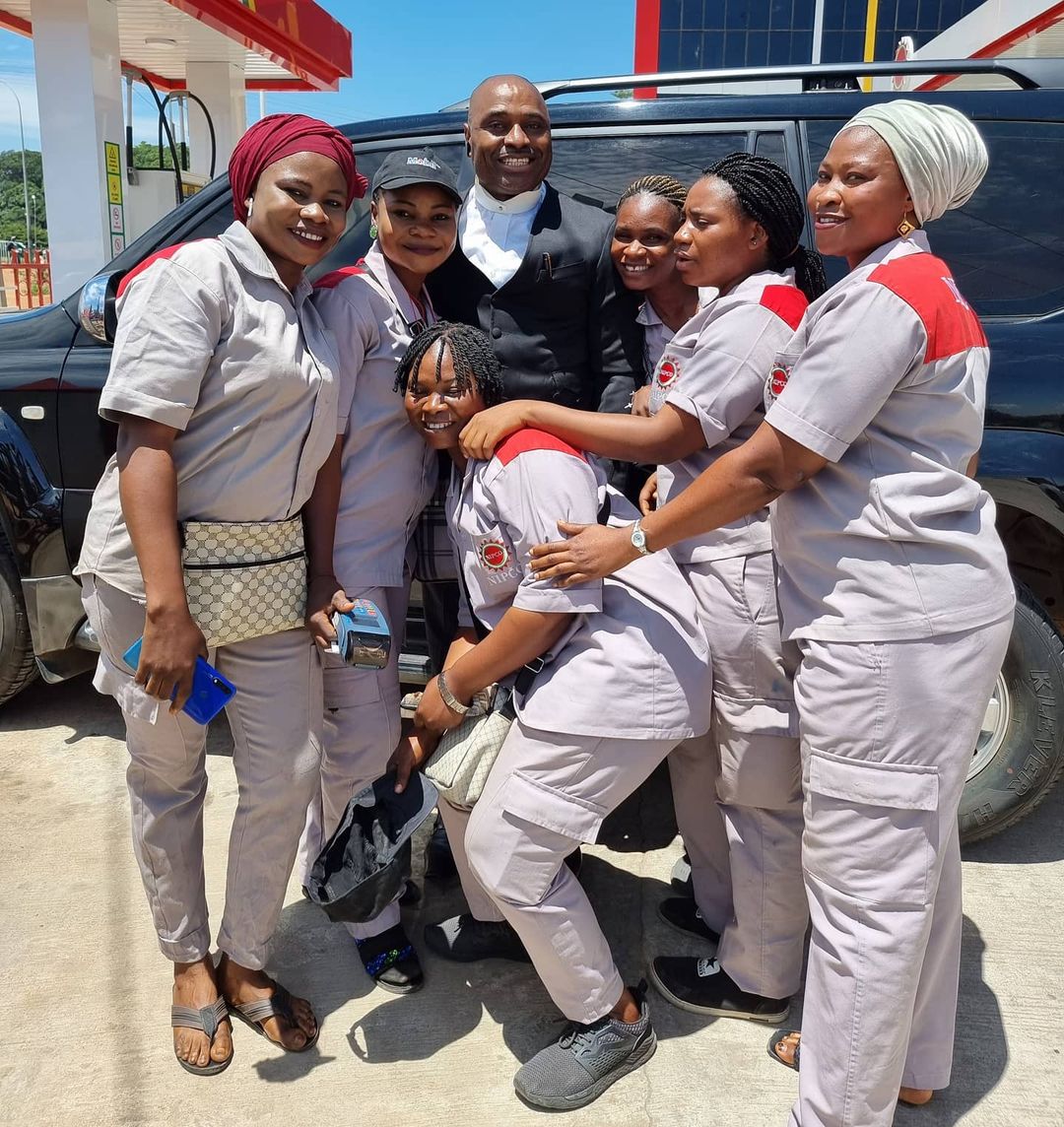 “In this independence day, love is all we need. I was taught a lesson in love in this filling station. A young fuel attendant insisted she will pay for the fuel I bought to commemorate seeing me the first time.

READ ALSO:   God I Thank You For My Swag Princes - Junior Pope Says As He And Sons Strike Pose [Photos]

“The fuel costs N12,600.00. I had to inquire about her salary and it was N15,000.00. I was shocked. She was willing to give all for love. I had to plead with her to allow me pay and decided to come down to grant all they asked. Until you are willing to give all to your passion, you may not get to the top. Show love to all you meet, irrespective of who they are. Happy independence anniversary and God bless”.

READ ALSO:   D'Banj And Governor Ambode Take 26-Year-Old Joseph David Off The Street After He Impressed At Lagos City Marathon 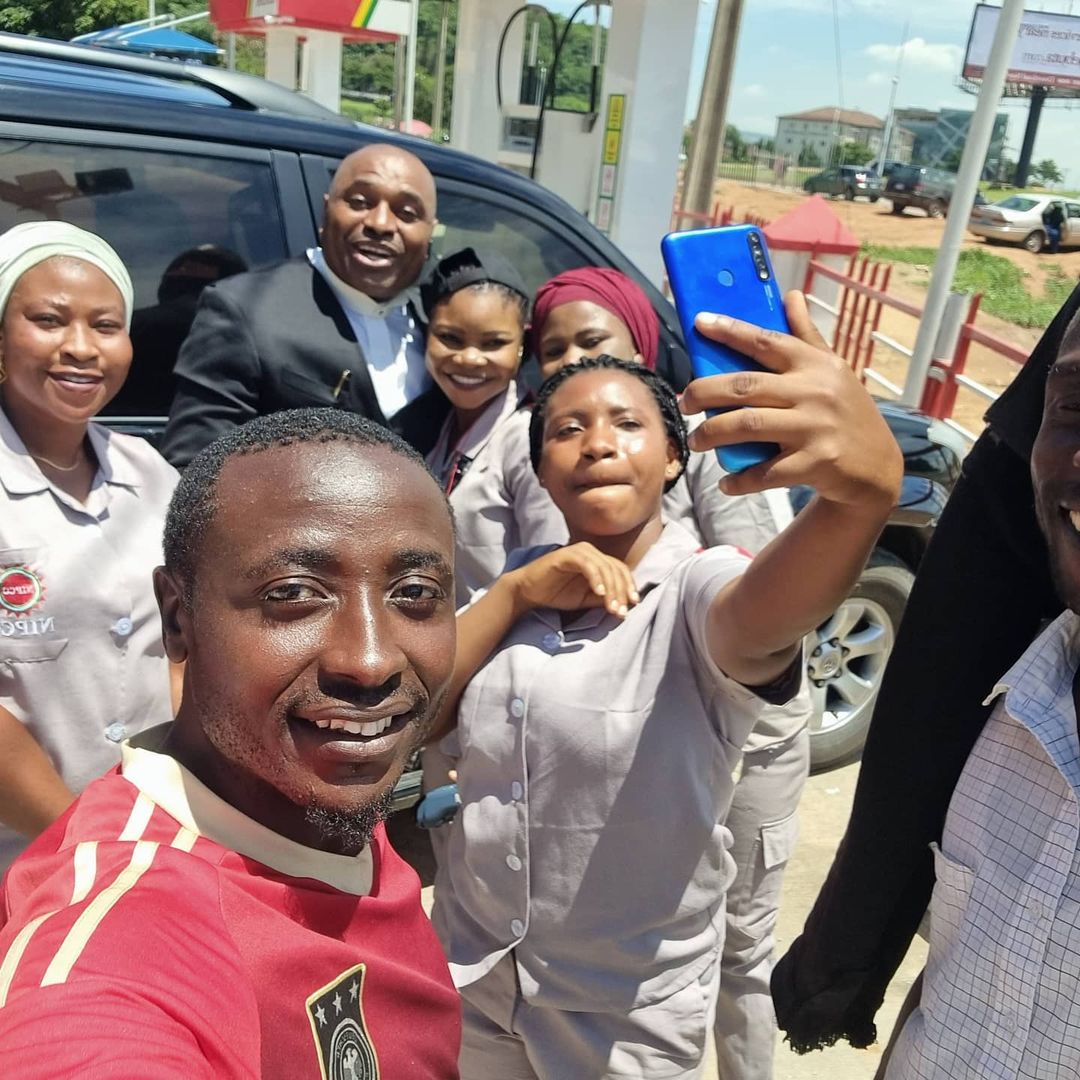 See for yourself below. 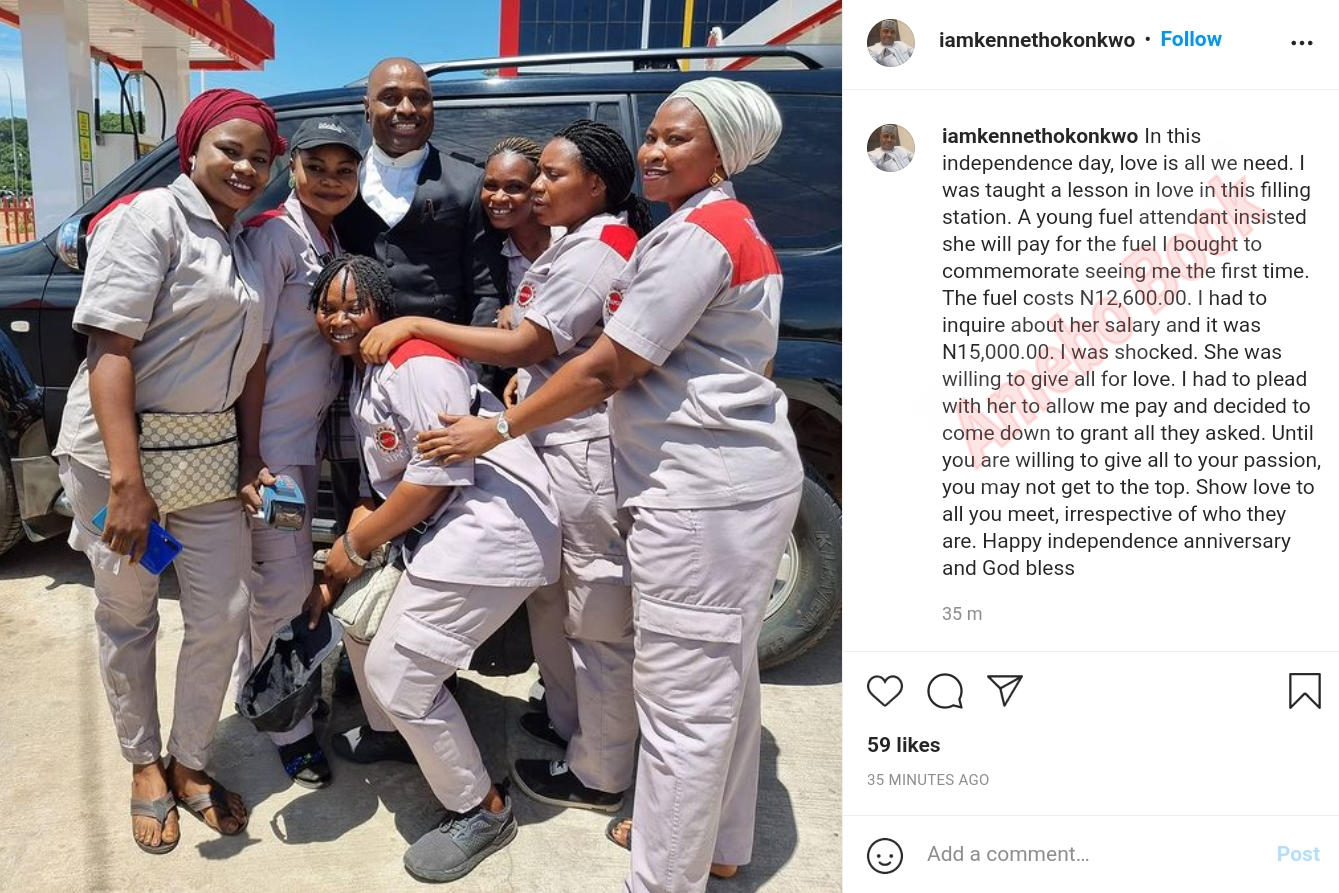 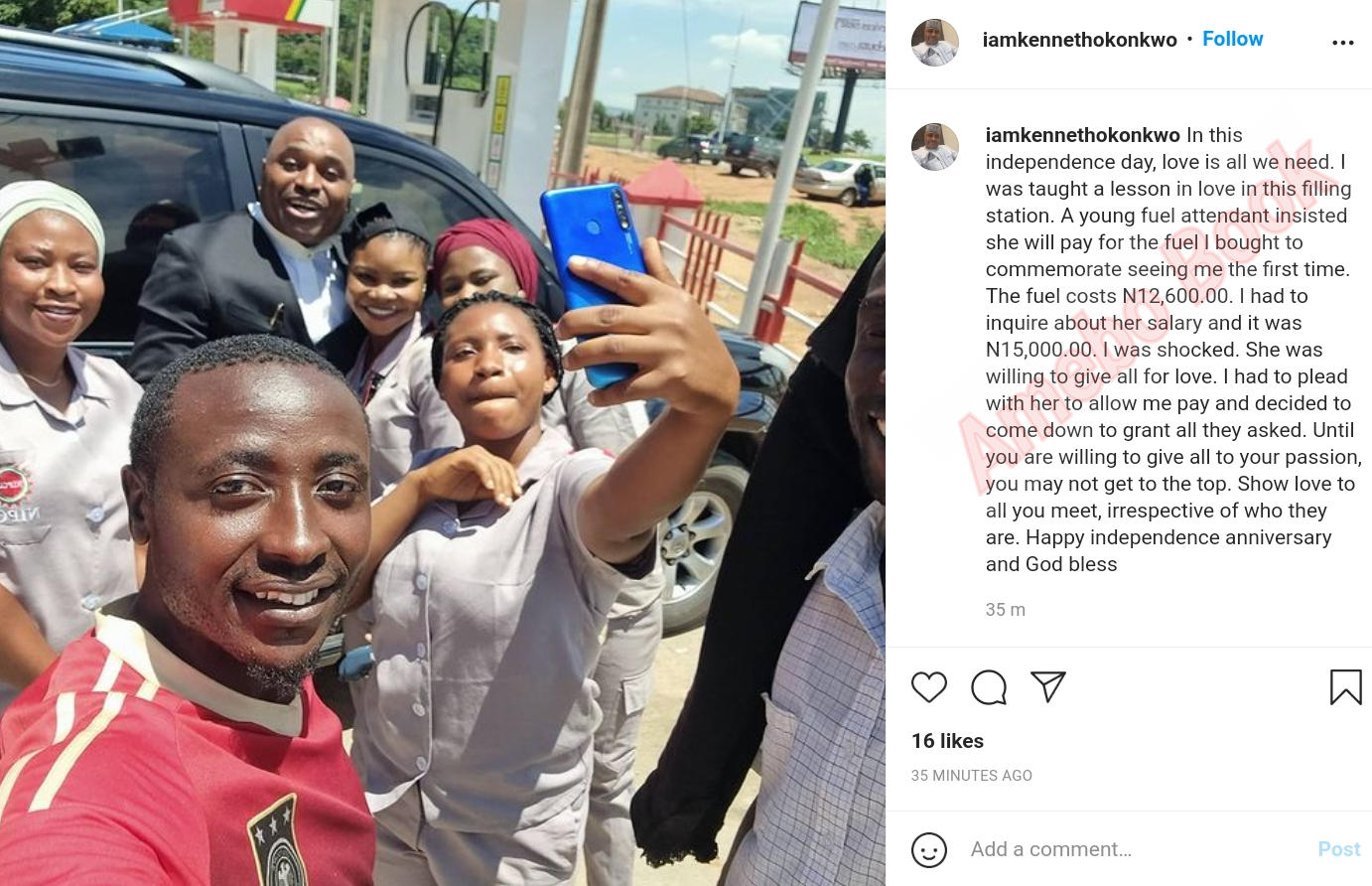 We really hope Kenneth Okonkwo also gave the young fuel attendant some love because it is not easy to give out almost all of one’s salary.