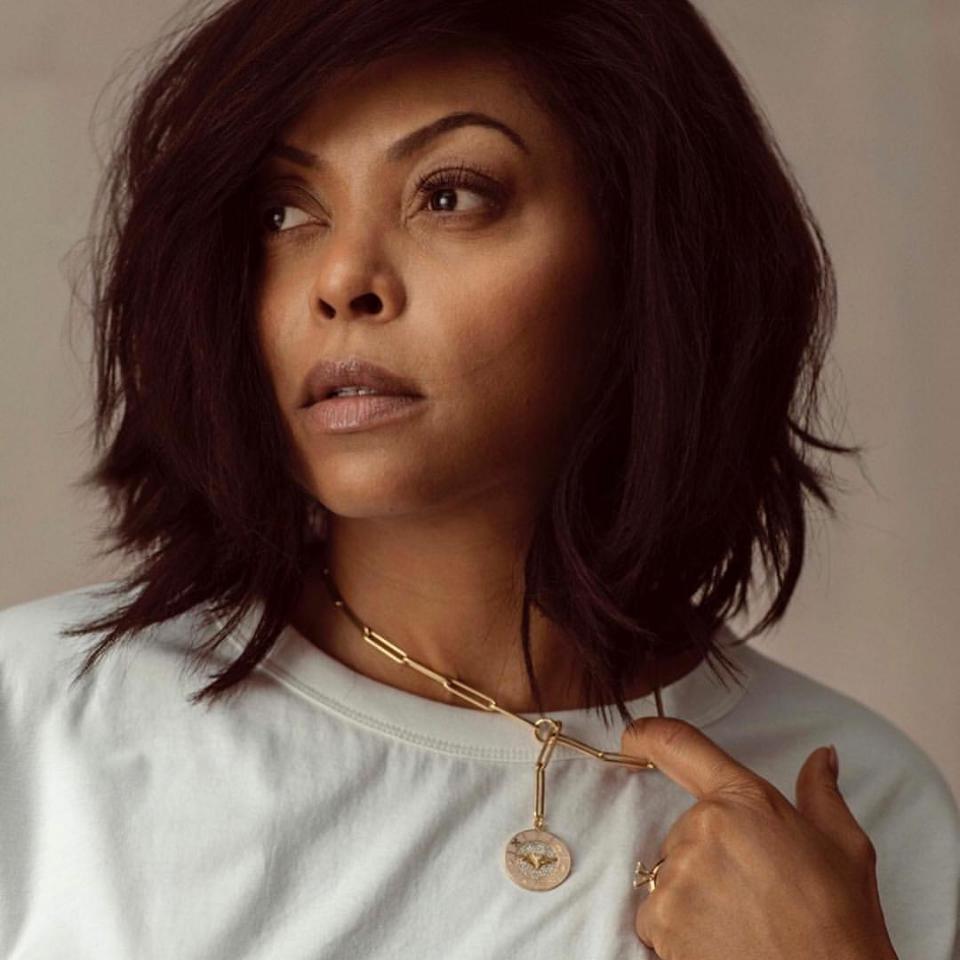 Taraji P. Henson has come under fire after she compared the backlash and response surrounding the sexual abuse allegations against R. Kelly and Harvey Weinstein. The American actress appeared to question why Kelly was being attacked more than Weinstein. However, Twitter users were not impressed with her argument.

Henson shared a video on her Instagram Live comparing the #MuteRKelly hashtag to #MuteHarveyWeinstein:

She began, “Checking on these #Mute for a friend.” The actress then records herself searching “#MuteRKelly” on the app to find there are over 33,300 posts with the hashtag. She followed this by searching “#MuteWeinstein” and “#MuteHarveyWeinsten” to which there are only 30 total posts with either hashtag. The Oscar nominee then punctuates her demonstration with another text post captioned, “Hmmmmm.”

I recorded in case she deletes. But girl. Is Weinstein making music? I know she’s smarter than this pic.twitter.com/7DGyQfDwAk

It wasn’t long after Surviving R. Kelly show-runner, Dream Hampton, responded to Henson’s story, saying, “no idea why Taraji Henson wouldn’t know that there are not one, but two projects abt Harvey Weinstein. But this is an oft-invoked deflection. While I care abt the Hollywood stars Weinstein abused, I care more abt Asante, Kitty, Jerhona, Lisette, Azriel & Joy & others, even more.”

READ ALSO:   "They Have My Heart Forever" - Mercy Johnson Says Of Her Children As She Shares Hilarious Photos Of Her Daughter, Divine-Mercy Getting Busy With A Whole Cake 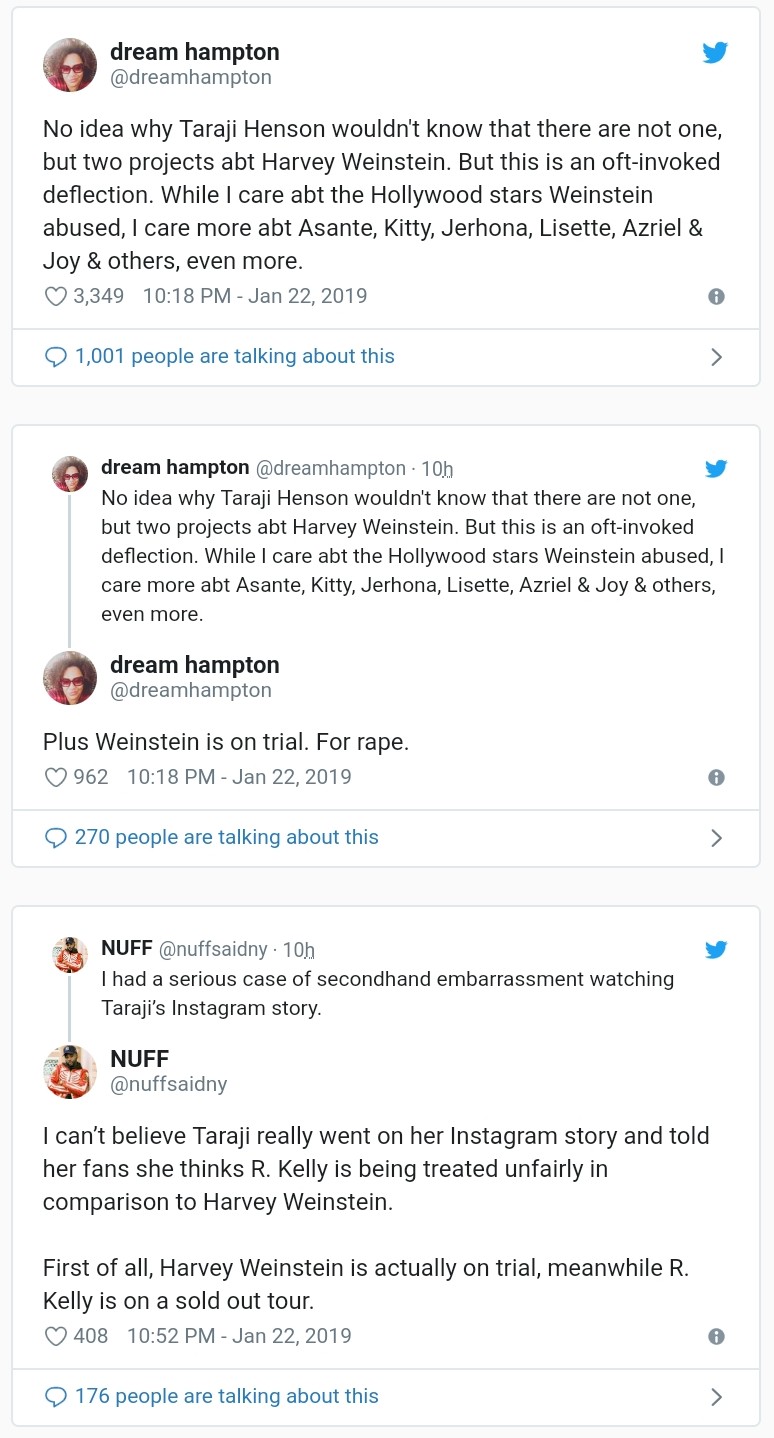 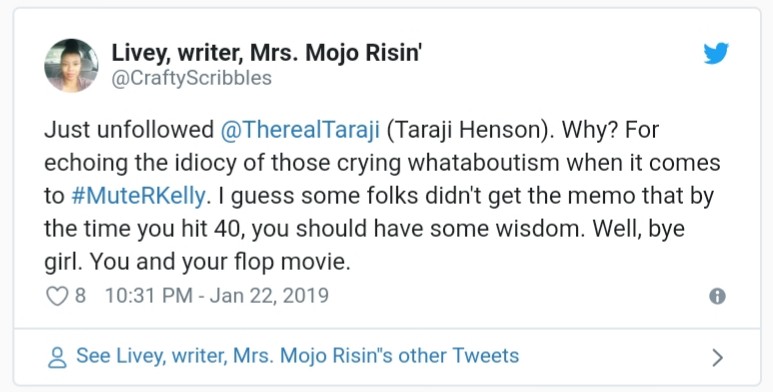 Taraji was also criticized by others for not acknowledging the black girls and women who were allegedly abused by Kelly throughout the years.

After Taraji P. Henson faced the backlash for comparing R. Kelly and Harvey Weinstein, she took to Twitter to elaborate, writing: “LET ME BE CLEAR R. KELLY IS GUILTY AND WRONG AND SHOULD BE MUTED PERIOD!!!!!”

Despite her attempt to address the situation, most believe it was only damage control.

50 Cent Trolls The Hell Out Of R. Kelly With COVID-19 Meme

R. Kelly Got Aaliyah Pregnant And Slept With Her Mother — Lisa Van Allen

R. Kelly Denies Allegations As He Cries Uncontrollably During Interview, Can You Survive R. Kelly In This Video?