Trending News
It’s Script And Art Eye Candy Working With...
Here’s How Uche Jombo Reacted To Rumours That...
“The World Is Never Going To Agree On...
“My Job Is Simply To Make You Laugh...
Hollywood Comes To Nollywood 2022: Patience Ozokwo Wins...
“It Takes Courage To Win” – Nollywood Actress,...
Adunni Ade Brilliantly Gives Advice On How Young...
“The More You Feed Your Mind With Positive...
Destiny Etiko, Yvonne Jegede, Other Nollywood Celebs Celebrate...
“Don’t Make Your Life Unnecessarily Hard” – Actress,...
Home Celebrity Gossip and News “Tell That To Munir” – Regina Daniels’ Brother Sweezy Replies The Actress After She Advised Him To Stop Drinking Gin Because He Is Too Slim
Celebrity Gossip and News 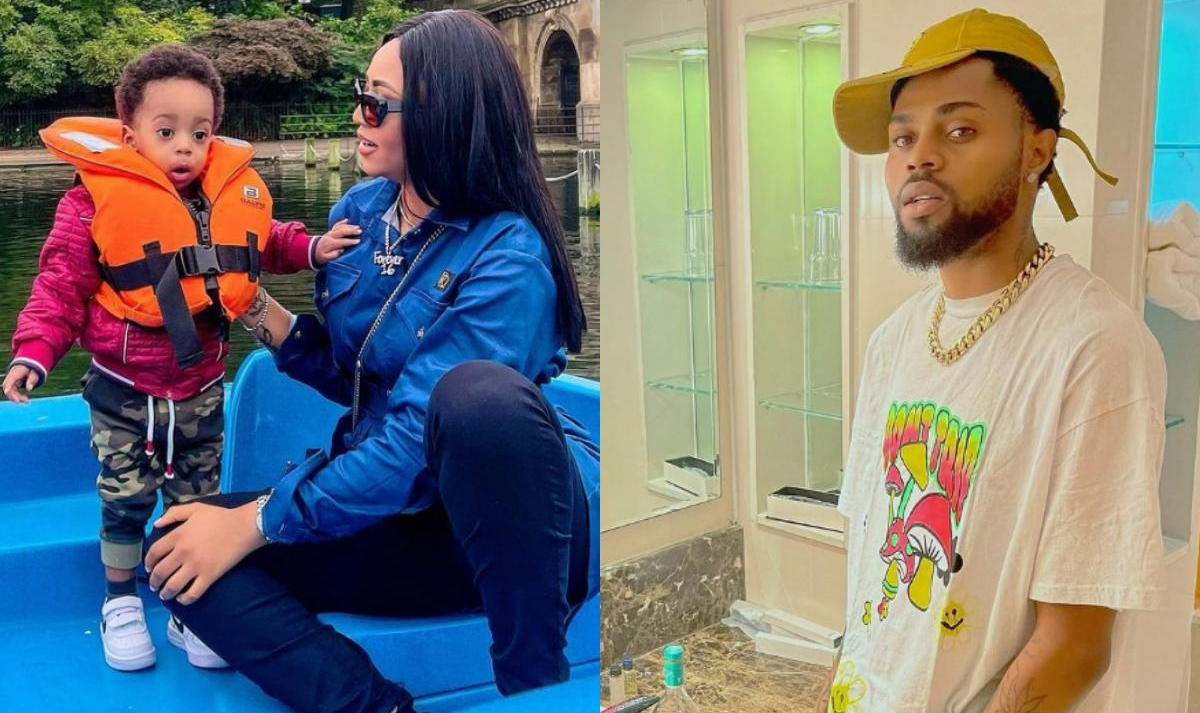 Regina Daniels has advised her brother, Sweezy to stop drinking gin as he is getting too slim.

However, not one to be told what to do, Sweezy appeared to reject the advice from his sister preferring she gives it to her young one-year-old son, Munir Nwoko.

The thespian was genuinely concerned over her sibling’s health knowing fully that he lives life on the fast lane.

But Sweezy preferred to share the video and wrote on it;

Me: Tell that to Munir”

Peep the screenshot below.

In other news, Regina Daniels recently celebrated having 11 million followers on Instagram. The actress has been growing in popularity and appears to have found genuine happiness since the birth of her son Munir.

The thespian had been touring around the world’s exotic locations alongside her billionaire husband, Ned Nwoko and their baby boy.

To say that Regina Daniels is currently living her best life is only stating the obvious. She is also promoting her clothing line and has been backed to succeed by her spouse.

READ ALSO:   Lateef Adedimeji Meets Ooni of Ife, Oba Adeyeye Enitan Ogunwusi - "My Love For You Is Out Of This World"

Her colleagues also give her a lot of love and support as they also help her in bringing more awareness to Regina Daniels Fashion.