Trending News
It’s Script And Art Eye Candy Working With...
Here’s How Uche Jombo Reacted To Rumours That...
“The World Is Never Going To Agree On...
“My Job Is Simply To Make You Laugh...
Hollywood Comes To Nollywood 2022: Patience Ozokwo Wins...
“It Takes Courage To Win” – Nollywood Actress,...
Adunni Ade Brilliantly Gives Advice On How Young...
“The More You Feed Your Mind With Positive...
Destiny Etiko, Yvonne Jegede, Other Nollywood Celebs Celebrate...
“Don’t Make Your Life Unnecessarily Hard” – Actress,...
Home Celebrity Gossip and News Tonto Dikeh Gives Reason Why Strangers Help And Family Do Not
Celebrity Gossip and News

Tonto Dikeh Gives Reason Why Strangers Help And Family Do Not 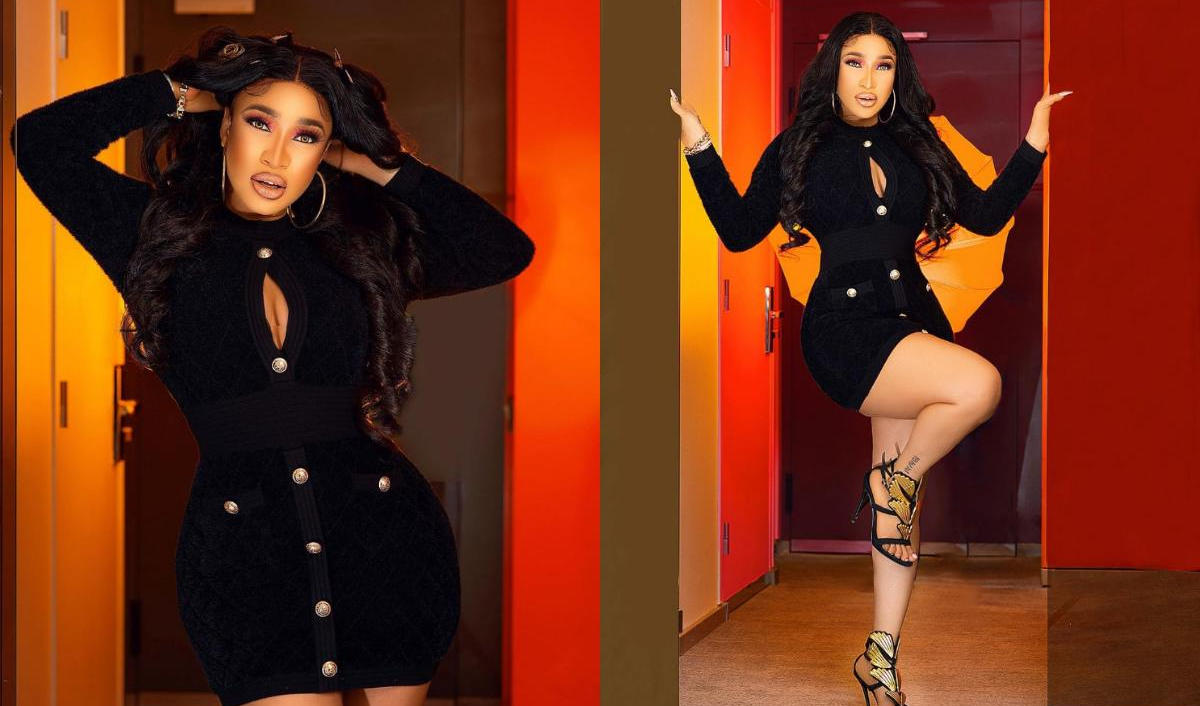 Tonto Dikeh recently lit up her Instagram page with a rather interesting topic. The popular Nollywood actress stated clearly her reason why family members appear not to help their relatives while strangers who do not even necessarily know someone, can help the person achieve his goals/ambition in life.

“The reason why strangers help and family doesn’t is because strangers see potential, family sees competition”.

READ ALSO:   Destiny Etiko And Ruth Kadiri React After Regina Daniels Stated That She Feels Like Stepping Out To Spend Dollars Especially After More Zeros Were Added To Her Account

“We are not even ready for this talk…”

nmamacgregor: “Some family members have left this group chat and blocked the admin 😢😢😢”.

___iamroyalty___: “This same thing had made me cry bitterly yesterday… I’m tired abeg…”

miss_big_bold_beautiful: “Oya tell Bob say you don forgive am.. You know you are a born again Christian..😂😂 but this time apply wisdom dear👏👏👏”.

READ ALSO:   Michael Jackson’s Father Joe Jackson Has Been Rushed To The Hospital After Car Accident In Las Vegas — He Was "wincing in pain"

officialshugagold: “So true…victim of disowned..just because of money but the rejected stone will be the corner Stone at last ..”

oluwatoyingold04: “Exactly and this is actually happening in my family”. 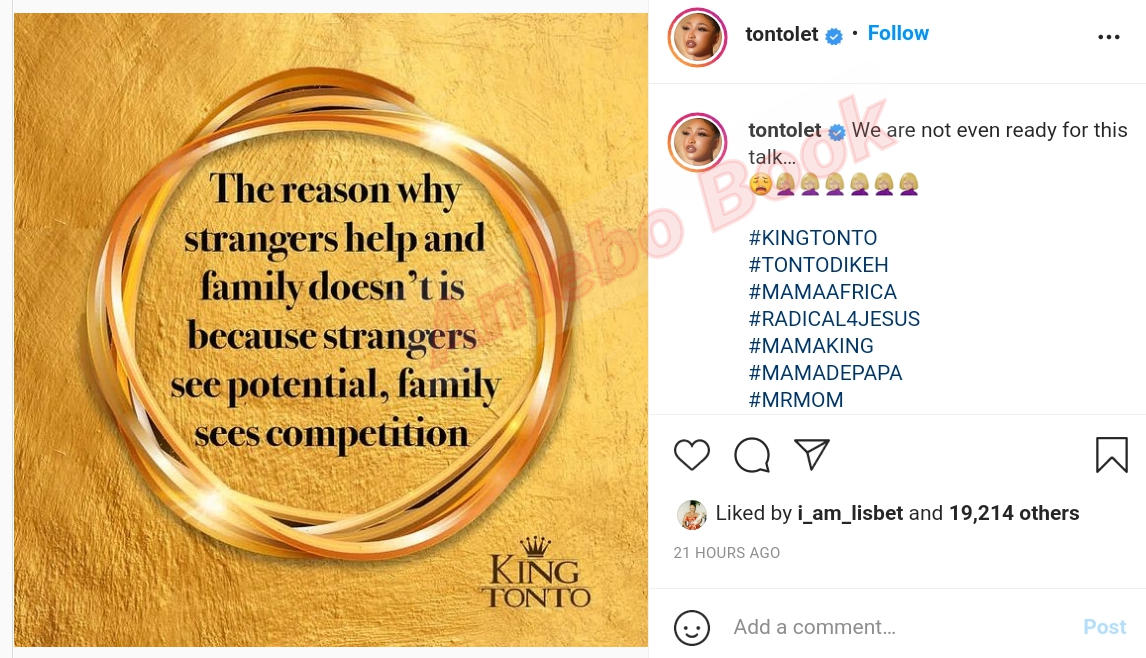 In other news, Idris Okuneye popularly known as Bobrisky, has apologized to Tonto Dikeh after allegations levelled against her by the crossdresser proved to be false.

However, the male Barbie did not let pride get in the way as he tendered a heartfelt apology to his former bestie. If you recall, Bobrisky disclosed so many filthy secrets while trying to embarrass the mother of one.

Despite his apology, Tonto Dikeh doesn’t appear to have accepted it.