Trending News
“Don’t Be Pushed By Your Problems, Be Led...
“God Came Through For Me” – Nollywood Actress,...
“I’ve Always Had To Give Extra To Attain...
“You Cannot Call On The Name Of God...
‘I Believe It Is My Season And My...
“Hair Doesn’t Define Me, Either Way I’m Pretty”...
“Love Yourself, Life Will Be Fine And Happy”...
“Never Allow Anyone Steal Your Joy Or Happiness”...
“There Are Far Better Things Ahead” – Popular...
If You Tell My Sister To Stop Calling...
Home Celebrity Gossip and News Tory Lanez Allegedly Shoots Megan Thee Stallion While She Was ‘Trying To Leave’ After A Dispute Inside His Vehicle
Celebrity Gossip and News 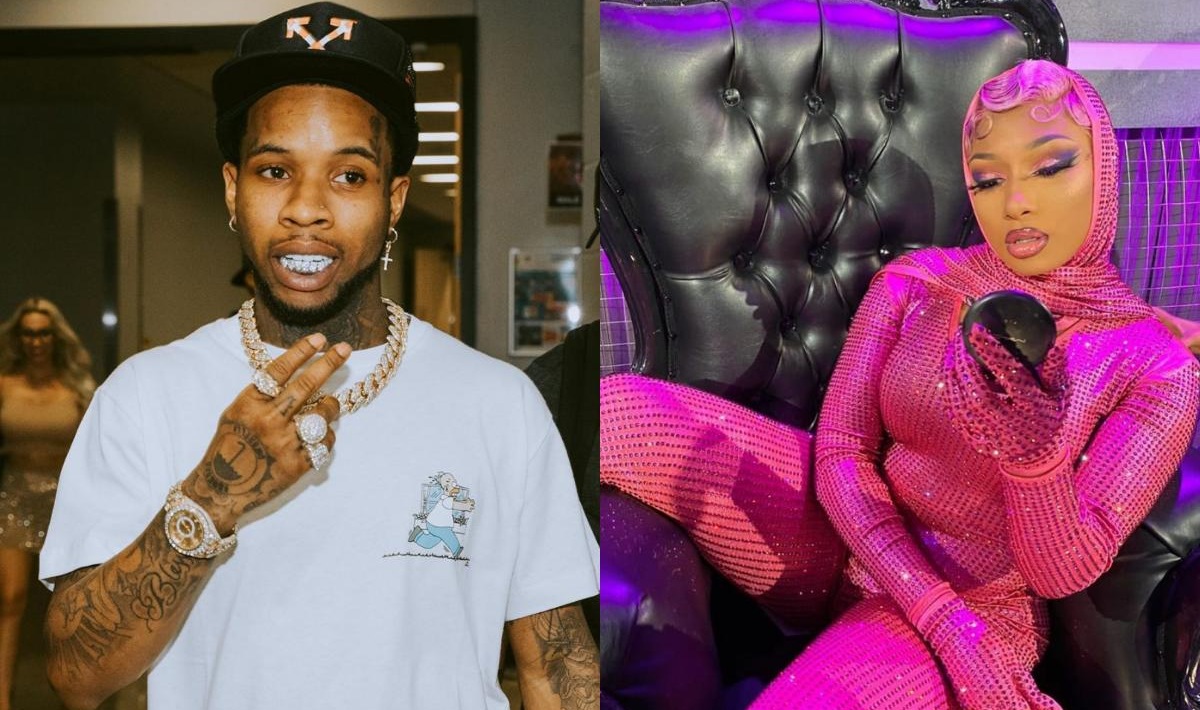 Tory Lanez was the person who allegedly shot Megan Thee Stallion following a dispute inside his vehicle on Sunday morning, according to Page Six. It’s understood the Canadian rapper, “Tory fired the shots from within the vehicle while Megan was outside trying to leave”.

“There is video and the police are investigating. This is a case of a man physically harming and abusing a woman.”

According to a spokesperson for LAPD who did not confirm whether there was a footage submitted to the investigation, videos would “not be released until the case goes to court in order to protect the integrity of the case.”

“The detectives are seeking information regarding the shooting involving Daystar Peterson, and the investigation is still ongoing. I’m not privilege to what the detectives have right now,” the spokesperson added.

READ ALSO:   I Stand Strong With The Nigerian Youths - Nollywood's Harry B Anyanwu

If you recall, Megan, 25, shared on Instagram Live on Saturday that she was chilling with Lanez, 27, and Kylie Jenner in a pool just hours before police responded to a “shots fired” call outside of a Hollywood Hills home at around 4:30 a.m.

The authorities (LAPD) have requested for more information about the incident via an online press release. Meanwhile, Lanez was arrested Sunday morning on gun possession charges after the cops pulled over his SUV moments after the incident.

According to Megan’s best friend Kelsey Nicole, she was in the vehicle but denied she was the one who shot the rapper. She wrote on social media, “I WASN’T the one with the gun and would never do something like that”.

“However I was present.”

Megan’s music producer, Lil Ju, has condemned the shooting in a series of tweets. They appear to condemn Tory’s role in the incident.

“@torylanez count your f—king days,” he wrote in a now-deleted tweet.

He added in a separate tweet, “I care about my people being straight! Give a damn about some clout.”

The music producer also blasted reports that the “Luv” rapper was “defending” Megan, calling it a “bulls—t story.”

READ ALSO:   "This Babe Na Baller" - Destiny Etiko Says As She And Harry B. Anyanwu Step Out For The Grand Finale Of Hon. Onwubiko International soccer Academy 2021

If you recall, Megan Thee Stallion confirmed on Wednesday that she had suffered gunshot wounds during the incident Sunday morning. She shared:

“The police officers drove me to the hospital where I underwent surgery to remove the bullets.”

“I’m incredibly grateful to be alive and that I’m expected to make a full recovery, but it was important for me to clarify the details about this traumatic night.”

She failed to mention who shot her.

However, Megan was seen stepping out of Lanez’s SUV in a footage released by TMZ with blood dripping from her feet.

A spokesperson for LAPD confirmed, “One person was transported to the hospital for a foot injury.”

Click Amebo Book for all the latest hip hop news and rumors today!