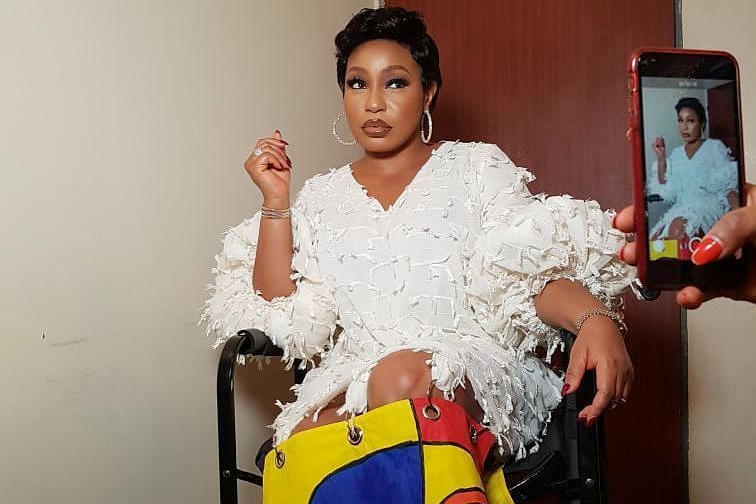 It is no longer news that Rita Dominic was supported by a large number of Nollywood celebs during the burial ceremony of her late mother-in-law in Umueri, Anambra state.

However not many knew the actress is most likely pregnant as was even noticed while at the burial ceremony. There was definitely what appeared to be a baby bump around her mid section.

Although the movie star hasn’t confirmed the news as at the time of filing this report, a video has emerged showing Rita Dominic preggie.

If you recall, the thespian showed off her man, Fidelis Anosike but hasn’t really given much updates on their relationship.

The Nollywood star was seen alongside the likes of Destiny Etiko, Chacha Eke Faani and Queen Nwokoye as they supported one of their own at the burial of Fidelis’ mother.

READ ALSO:   I Am Proud Of My Daughter - Nollywood Bad Guy Charles Okocha

The video below shows Rita Dominic and her growing baby bump.