Trending News
It’s Script And Art Eye Candy Working With...
Here’s How Uche Jombo Reacted To Rumours That...
“The World Is Never Going To Agree On...
“My Job Is Simply To Make You Laugh...
Hollywood Comes To Nollywood 2022: Patience Ozokwo Wins...
“It Takes Courage To Win” – Nollywood Actress,...
Adunni Ade Brilliantly Gives Advice On How Young...
“The More You Feed Your Mind With Positive...
Destiny Etiko, Yvonne Jegede, Other Nollywood Celebs Celebrate...
“Don’t Make Your Life Unnecessarily Hard” – Actress,...
Home Celebrity Gossip and News Yikes! T.I. And Bernice Burgos Are Already Fighting Over Having Kids
Celebrity Gossip and News

Yikes! T.I. And Bernice Burgos Are Already Fighting Over Having Kids 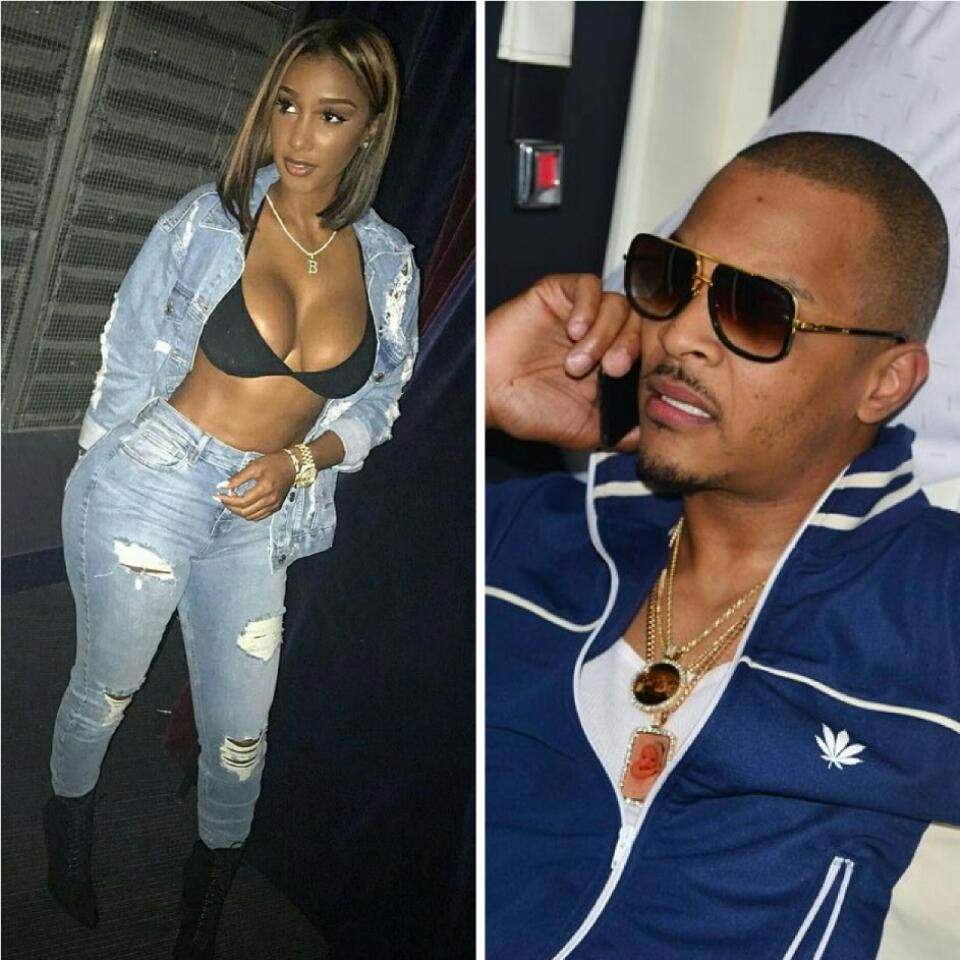 First Major Quarrel: T.I. And Bernice Burgos Are Already Fighting Over Having Kids

T.I. already has 6 kids and a stepdaughter with his soon-to-be-ex-wife Tameka “Tiny” Harris. Hence, he isn’t too keen on adding anymore. However, this hasn’t gone down too well with his new girlfriend. It’s understood that T.I. and Bernice Burgos are already fighting over having kids.

According to Hollywoodlife, Bernice wants kids. The webloid goes on to add that a source said, “The last thing TIP wants is to fight with his gorgeous Bernice”.

READ ALSO:   "The Only Thing In This World More Beautiful Than Your Face Is Your Heart" - Banky W Tells Adesua Etomi

“But it’s happening because she told him she’d eventually want to have his baby but he told her, emphatically, he’s doesn’t want more kids! Six is enough.”

It’s gathered that T.I. also wants to enjoy his relationship with Bernice Burgos without the added responsibility of children.

“TIP would much rather enjoy this time spoiling Bernice and traveling around the world with her as opposed to changing yet another baby’s diaper,” the source continued. “Bernice’s mouth, heart and entire soul dropped when he told her that because she feels like T.I.’s getting everything he wants out of the relationship and knowing that he’s not willing to give her what she wants down the road doesn’t sit well with her.”

READ ALSO:   Thieves Stoned, Beaten And Killed After They Were Caught Along Onitsha-Owerri Road (Graphic Content)

“TIP wants to make her happy in every way but having another child is something he never gave thought to and really doesn’t want”.

“But he does care about Bernice and doesn’t want to lose her. She’s really good at convincing him to give her what she wants but a child is something TIP really, really doesn’t want to have or even talk about.”

READ ALSO:   Oprah Winfrey Hails Healthcare Workers As "The Best Of Us", Quotes Nelson Mandela During One World: Together At Home Speech

Whose Being Selfish: T.I. And Bernice Burgos Are Already Fighting Over Having Kids

Chai! So Meek Mill Has Already Given His New Girlfriend Nessa The Diamond Ring He Gave Nicki Minaj?