Ajibade Rasheed: Man Nabbed With Fresh Human Head And Vagina Inside Jeep Said He Planned To Use It For Money Ritual After Ramadan 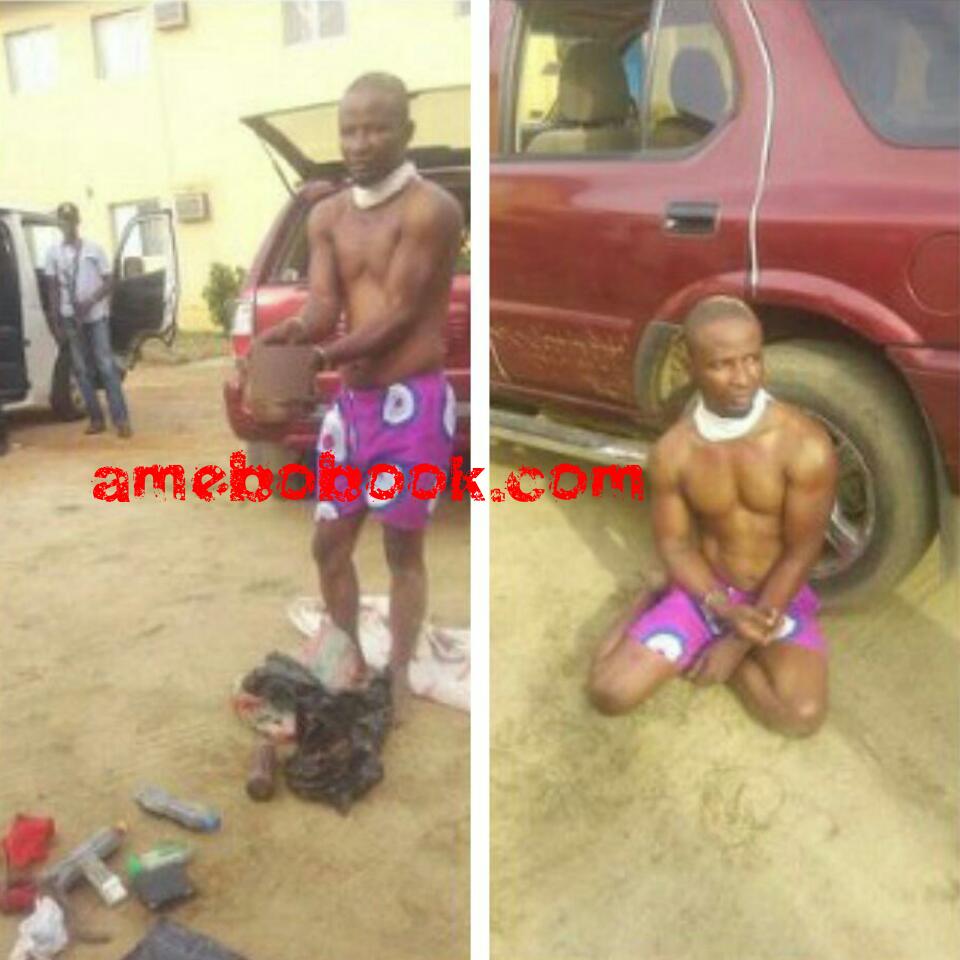 Ajibade Rasheed: Ritualist Caught With Fresh Human Head And Vagina Inside Jeep Wanted To Use It For Money Ritual After Ramadan

Ajibade Rasheed, an indigene of Ikirun in Ifelodun Local Government Area of Osun State, who was caught with fresh human head, vagina and other body parts inside his jeep, has revealed that he planned to use them for money ritual after the ongoing Ramadan ends. The ritualist was caught with the body parts in his car with registration no: LSD 987 DJ which also included intestine, lung, liver and a bottle containing blood during a stop and search operation by the police in Osogbo .

According to Ajibade Rasheed, he’s an alfa and a herbalist. The SUV in which he was driving belongs to his elder brother. He also said that it was his client who butchered the victim for money ritual.

Ajibade also disclosed that the client, who is also an Alfa and specialised in healing mentally challenged persons, simply brought the human parts to him and left. He stated that he had intended to preserve the human parts until after the Ramadan when he would be free to use the parts for the ritual. He identified his client simply as Olorungbebe and added that the man did not want the kind of ritual, which would bring small amounts of money but the one which would banish poverty from his life. He said:

“I am an Alfa and a herbalist. There is a man, who is also an Alfa; he came to my place and told me that he wanted to do money ritual. I told him that getting the materials needed for the ritual would be difficult but he agreed to bring the materials by himself.

“So, the man came on Wednesday morning from Aagba town with the human parts for the ritual. The body parts he brought are fresh human head, hands, inner parts and vagina. I did not know that he would bring the materials that morning.

“I told him that we are in the Ramadan period and he should wait till after Ramadan before I could do it. This is my first time of doing this kind of money ritual although I do other ones but not this type.

“The man told me he wanted to do money ritual and I told him the difficulty in finding the materials and he told me that he would get them and he did.

I am a Muslim and I’m fasting also even when he brought the human parts I told him that this is not the time for such ‘work’.

The Commissioner of Police in the state, Mr. Finihan Adeoye, said the police would ensure that Olorungbebe was apprehended and the identity of the female victim was revealed.

“We will surely arrest his partner. We want to know how he got those humans parts, where he got them from and the identity of the victim.”

Chris Brown Reveals The Secret Text And Other Woman That Led Him Into Violently Beating Up Rihanna — Find Out!

Stop Asking Me If I Am Fasting During This Ramadan, Ladies Stop Sending Me Bum Bum Videos – Naira Marley