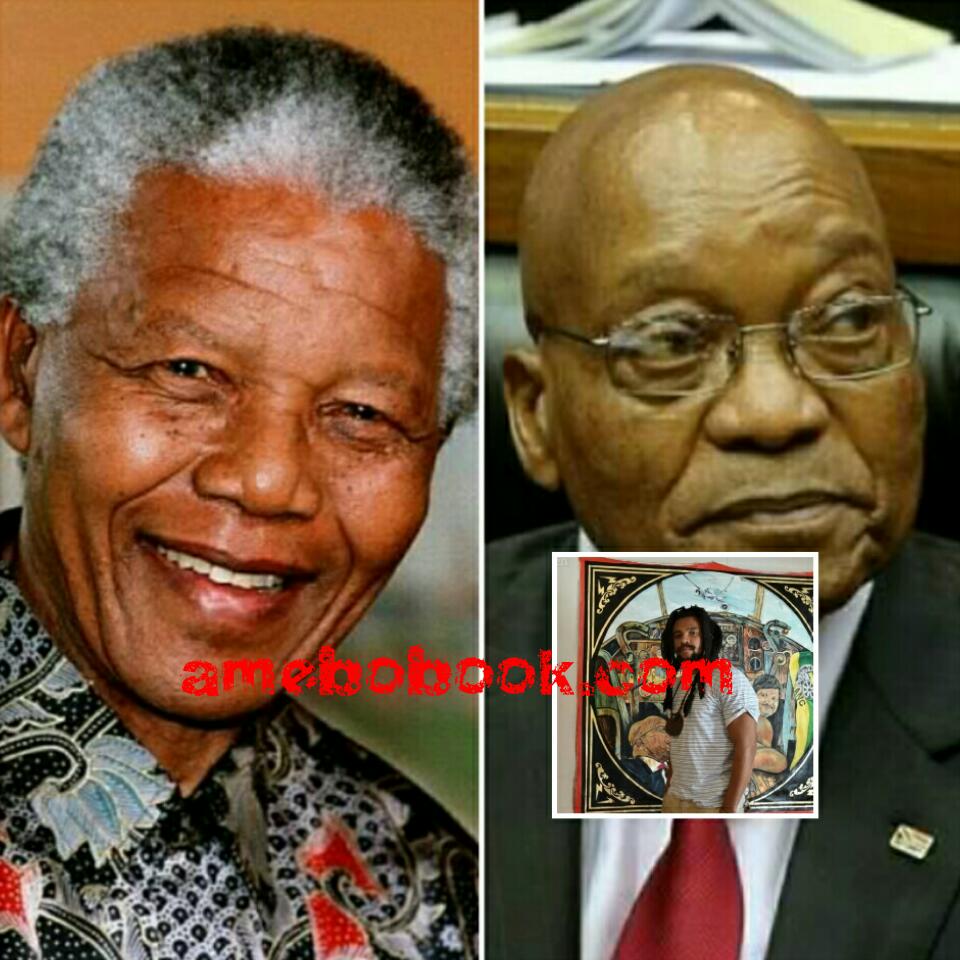 Ayanda Mabulu is controversial. It’s no surprise that the artist’s gay sex painting of Nelson Mandela and Jacob Zuma has sparked outrage across social media. In the photo, Mandela is involved in a sex act with the current scandal-hit president Zuma.

According to Mabulu, his painting is meant to show how scandal-plagued President Jacob Zuma has violated the hopeful legacy of Mandela, the anti-apartheid leader who became South Africa’s first black president after the end of white minority rule in 1994. Mabulu told TMG Digital that the painting depicted the state of the nation. 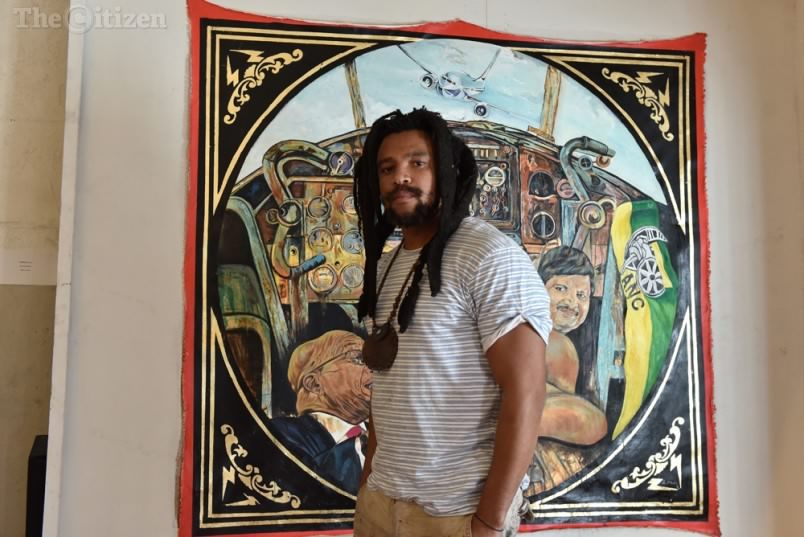 “The rapist is continuing to do what he is good at‚” he said.

Meanwhile, the Nelson Mandela Foundation has reportedly issued a statement on Thursday saying that while it respected the “right to freedom of expression” of the artist Ayanda Mabulu, it found the painting to be “distasteful.”

Read what the African National Congress has to say about Ayanda Mabulu’s painting in which Zuma and Mandela are engaged in a sex act below.

“The African National Congress has noted with regret the latest painting by Ayanda Mabulu which portrays President Jacob Zuma in a supposedly sexual act with our late President Comrade Nelson Mandela.

“Whilst we respect Mabulu’s freedom of expression, we find his work grotesque, inflammatory and of bad taste. No matter what message he may want to send to President Zuma and the African National Congress, we view his work as crossing the bounds of rationality to degradation, exploiting the craft of creative art for nefarious ends. More concerning is his callous abuse of our icon, the late founding president of democratic South Africa. 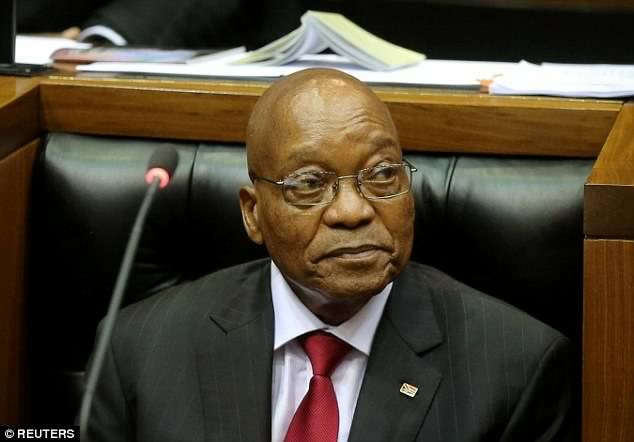 “Such vulgarity and disdain for the dignity of others is crude, demeaning, derogatory and markedly makes the point that no freedoms, including the freedom of expression, are unlimited. Accordingly, the ANC reserves its right to seek recourse through the criminal justice system as well as the institutions set up to promote and protect the fundamental human rights of all in South Africa.

“Having noted social media outrage generated by Mabulu’s sustained personal attacks of the President, we urge all South Africans to remain calm and ignore this graffiti as an instrument of division rather than nation building. Our task must be to confront and challenge delinquency, masquerading as art, that does nothing to strengthen our moral fibre or the values our society holds dear. We cannot and must not allow such crassness to be used to insult our sensibilities as a nation.

READ ALSO:   People Spend So Much Time Trying To Be Physically Attractive To Find Love, They Forget The Importance Of Being Mentally Attractive - Jim Iyke 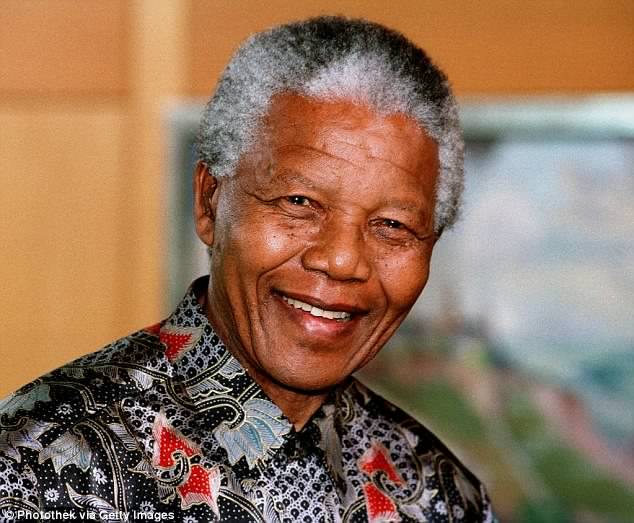 “The ANC will leave it to psychoanalysts and scholars of art to debate Mabulu’s narcissistic obsession with the phallus and human genitalia in general.”

This isn’t the first time Ayanda Mabulu will use vulgar sex paintings to attempt to drive home a political statement. Last year, he painted Zuma licking the butt of Atul Gupta in an aircraft cockpit in which an ANC flag can be seen. 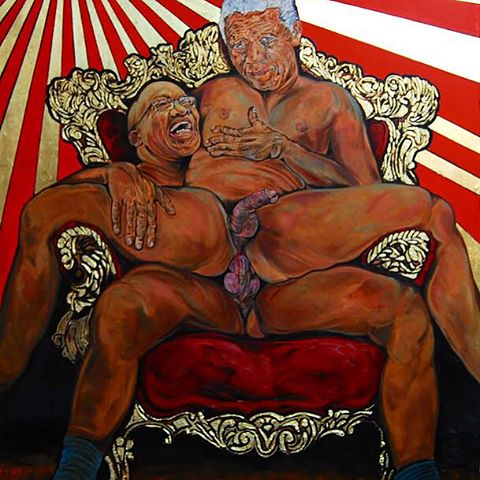 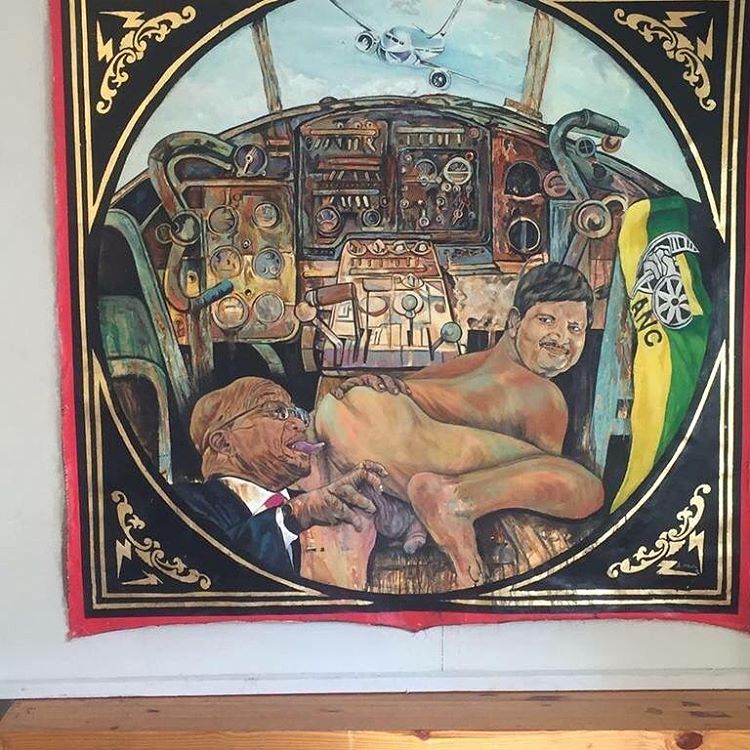