Trending News
“I’m An African Queen And My Time Is...
‘Teach Your Children That Joy And Happiness Is...
“Who Send Me” – Completely Exhausted Nollywood Actress,...
It’s Script And Art Eye Candy Working With...
Here’s How Uche Jombo Reacted To Rumours That...
“The World Is Never Going To Agree On...
“My Job Is Simply To Make You Laugh...
Hollywood Comes To Nollywood 2022: Patience Ozokwo Wins...
“It Takes Courage To Win” – Nollywood Actress,...
Adunni Ade Brilliantly Gives Advice On How Young...
Home Celebrity Gossip and News “Fake Seems To Be In Vogue” – Destiny Etiko Says As She Declares Herself “Real & Rare”
Celebrity Gossip and News 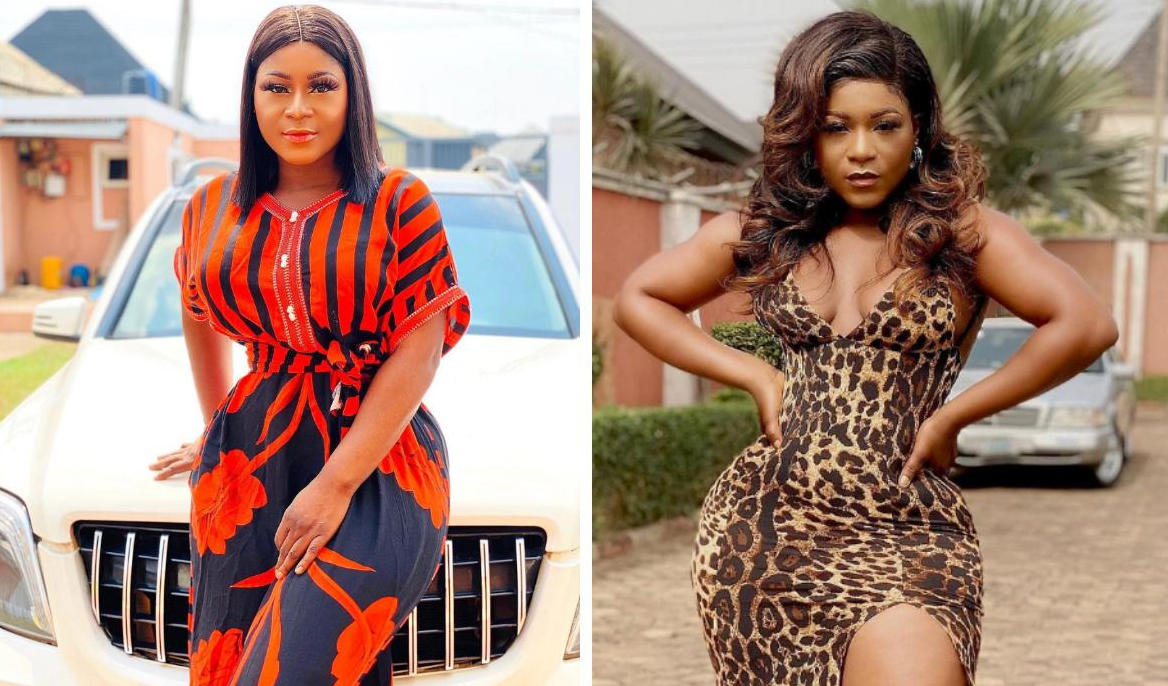 Destiny Etiko is still bruising from the handiwork of her haters who accused her of being in a relationship with married billionaire oil mogul, Tein T.S. Jack-Rich.

The Nollywood actress had recently taken to her Instagram page to show off her Toyota Land Cruiser Prado SUV. However, she got a shocker when certain publications stated that Jack-Rich bought it for her and had been spending millions on her lavish lifestyle.

The accusations have since been found to be false.

The thespian has reacted several times since her reputation was almost destroyed. Her latest being she is “real and rare” while noting people appear to like “fake”.

“REAL & RARE
Fake seems to be in vogue….
Staying true to yourself is the narrative