“My Guy U Be Goal Keeper OOO U Can’t Play Nor Run..U Go Wond Na” — Shatta Wale Disses Stonebwoy, Fans React But We Think They Want To Be Friends But Don’t Know How To Go About It 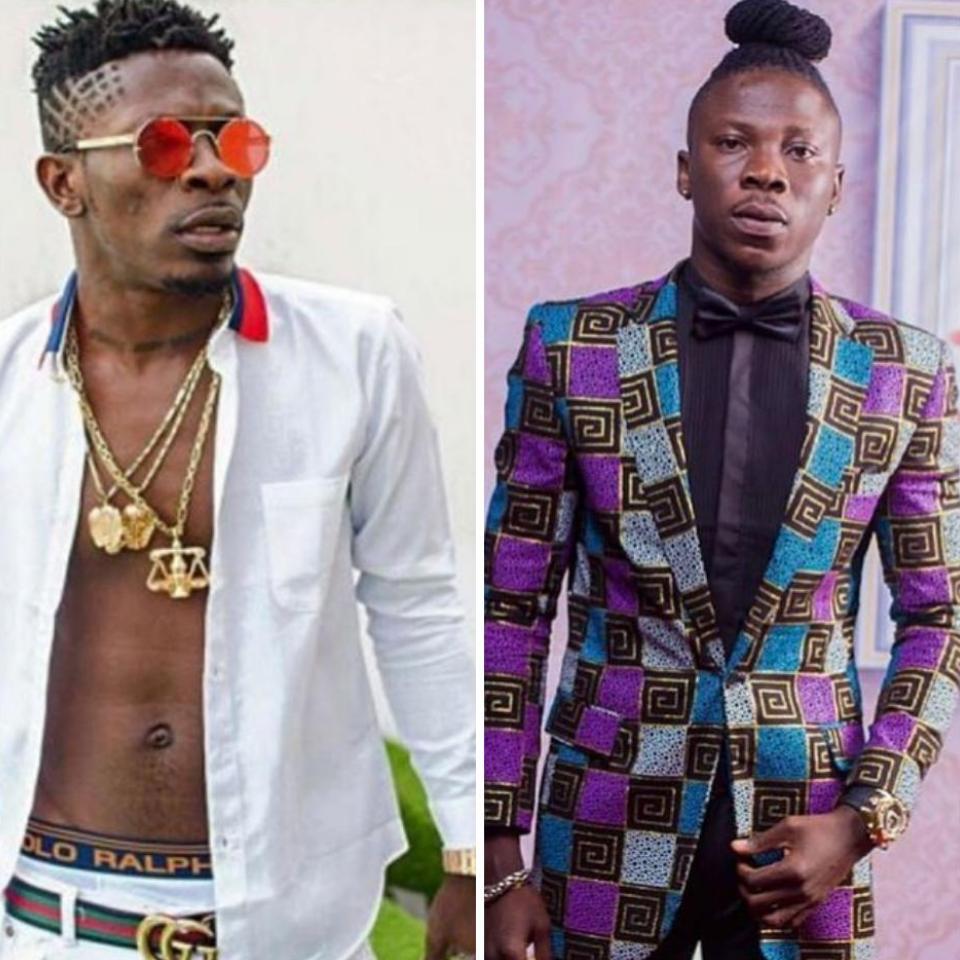 It’s no longer news that there’s still an ongoing battle over who becomes Ghana’s undisputed king of dancehall. Shatta Wale has dragged Stonebwoy to football skills in a renewed effort to see him off. While dissing the BHIM star on Twitter, Wale fired shots saying:

READ ALSO:   Eyes For You: Beyonce Pictured Sitting On Jay-Z’s Lap During Photo Shoot In Jamaica

“But chale come to think of it ..Did BHIM referred to me as a number 11 player ,my guy u be goal keeper ooo u can’t play nor run..u go wond na .. I play 8 ask asamoah ur prince of goals the guy weh u yawa like that after helping u..ask am !!!!”

READ ALSO:   Shatta Wale Says He Bought A Special Suit To Wear To Stonebwoy’s Wedding But He Was Not Invited

Fans were quick to react after Wale’s latest shade.

Truthfully, Shatta Wale and Stonebwoy are acting like the girl who loves a guy and feels the best way she can get his attention, is by attacking him always. I’m sure you Amebo Book readers can relate to this.

The Babies: Check Out This Beautiful Photo Of D'Banj With His Son, Daniel D' Third

Efia Odo Is My Bestie For Life – Shatta Wale Says, She Replies

Yvonne Nelson Thinks Stonebwoy Is “Attractive” For Showing Love And Respect To His Wife, Louisa