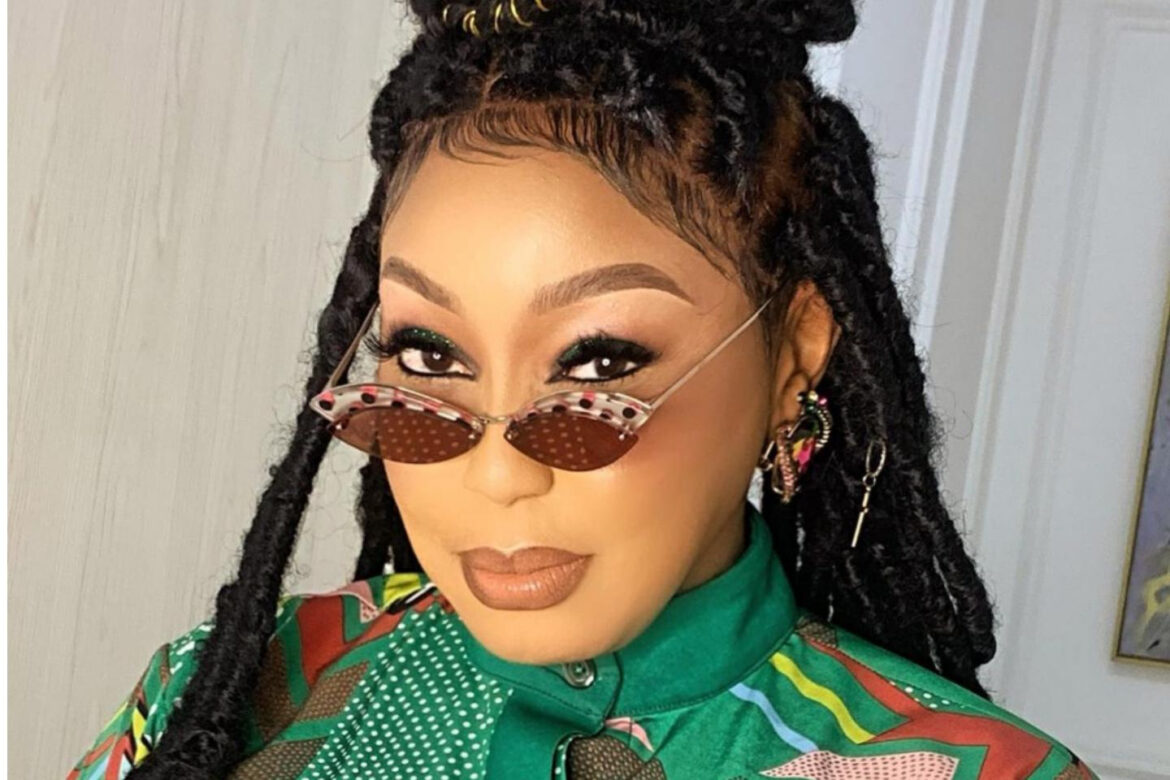 Several NollywoodCelebs have reacted to the death of Ifeanyi Adeleke, 3, the son of Davido after he was reported to have drowned in a swimming pool at the singer’s residence.

It is understood that the “Assurance” hitmaker and the child’s mother, Chioma Rowland, were not at the home at the time Ifeanyi died. They also have not spoken publicly about their son’s death which happened two weeks after the child celebrated his third birthday.

However, this has not stopped friends, colleagues and fans from feeling sympathy for them and sharing it on social media.

Sending love and strength to David
and Chioma..
May God give you both strength at this time and may your departed little angel rest in eternal peace..🙏🏽🕊”

Regina Daniels: “Kai !!!!!! This hits different !!!!! He had a very obvious bright future ! God you should have prevented this. I pray for strength and sanity for his family 🙏 no one deserves this trauma ….No one !”

Frederick Leonard: “Nowords will suffice! May God comfort David and Chioma at this very trying time.

The global award-winning musician and Chioma got engaged in 2019. The couple appear set to get married next year.

She also stated clearly that Chioma should have been more careful with her utterances as she could have made certain vows regarding her return to Davido.

Also, the Ifa Priestess also appeared to suggest that Davido may have renewed a spiritual vow he made to attain fame.

“My condolence goes to Davido and Chioma; what happened isn’t what any parent would ever pray for. When this happened, I decided to find out what could be responsible. First, Ifeanyi just celebrated his third birthday, and this is where we come to play. This is why people should embark on terrestrial inquiry before celebrating children; embark on spiritual findings before celebrating a child; you don’t know if the child is from the mermaid world and doesn’t want a loud celebration. This is because this child had picked his day, which is after his third birthday. You can see that he died through water a few days after his third birthday.”

READ ALSO:   Zubby Michael Is A Hard Man With So Much Pride - Chioma Nwaoha

Continuing, she said: “Secondly, women should be careful of what they say; it could be that Chioma vowed that she would not reap from Ifeanyi if she returned to Davido when they separated. And when they reunited, this problem came. Thirdly, Davido is about to clock 30, and we don’t know what spiritual vow he made to attain fame. He may have vowed to renew his life with his first son because he is a glorious child and may also be a mermaid child.”

“The More You Please People, The More They Treat You As Their Slave” – Nollywood Actress, Bella Ebinum

Regina Daniels And I Received The Tragic News With Much Shock And Sadness – Ned Nwoko Sends Message To Davido Over Demise Of His Son, Ifeanyi Adeleke

Regina Daniels And I Received The Tragic News...

“The More You Please People, The More They...

“Stop Tapping Into All The Successes You See...

“One Thing I Picked Up When I Became...