Trending News
“Many People Are Passing Through Some Devastating Struggles”...
“No One Knows Your Worth More Than YOU”...
“My Husband Is The Most Handsome Man With...
“Don’t Be Pushed By Your Problems, Be Led...
“God Came Through For Me” – Nollywood Actress,...
“I’ve Always Had To Give Extra To Attain...
“You Cannot Call On The Name Of God...
‘I Believe It Is My Season And My...
“Hair Doesn’t Define Me, Either Way I’m Pretty”...
“Love Yourself, Life Will Be Fine And Happy”...
Home Celebrity Gossip and News I Just Wanted To Get Married And Have Children – Funke Akindele Opens Up On Her Failed Marriage
Celebrity Gossip and News 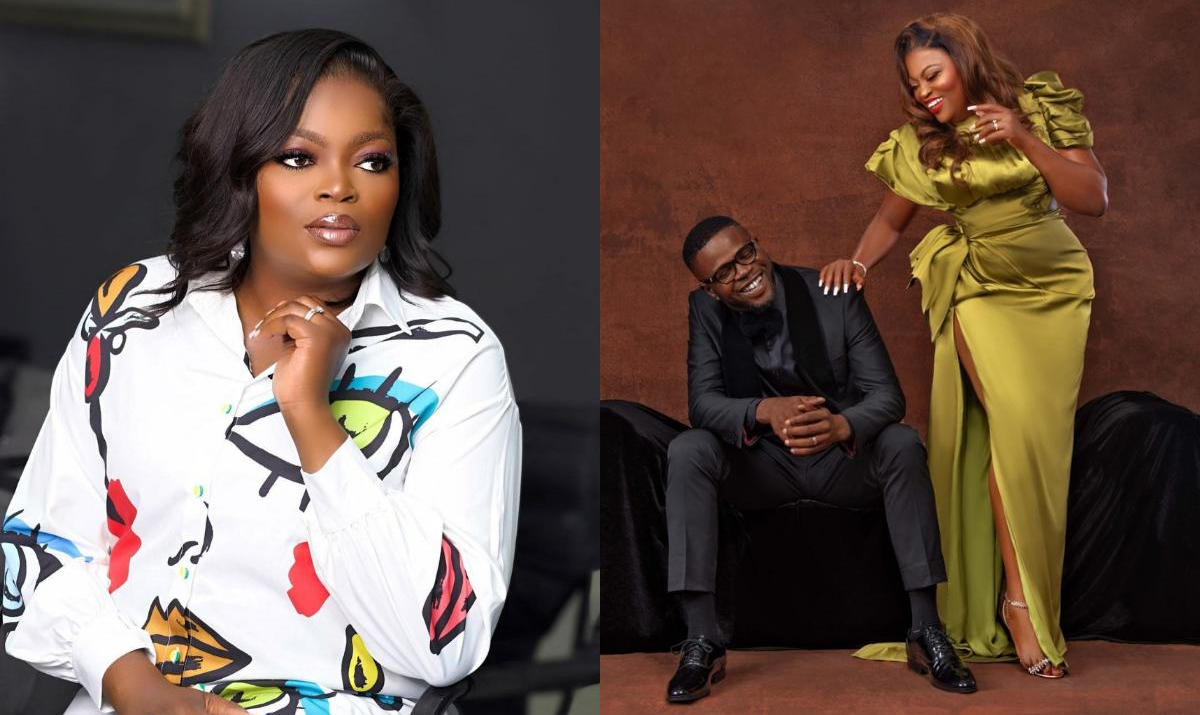 Funke Akindele has opened up on her failed marriage to a certain Kehinde Oloyede Almaroof. The popular Nollywood star had never really addressed this but in a recent interview with media personality, Chude Jideonwo, the actress said:

“I have never addressed this issue but I will do now to encourage ladies that are pressured to get married. Please calm down and take your time because if you rush in, you rush out…that is the lesson learnt….I just wanted to get married then, have children because I was being pressurized by society, here and there….and then it didn’t work out and ended in a bad way….I was filming when the news broke on social media, I wanted to die, i lost some good deals and all but i didn’t let it break me….”

READ ALSO:   "In Times Of Difficulties I Communicate With My Inner Self And Move On" - Popular Nollywood Actor Walter Anga

“I channeled my energy into work, made money and i saved a lot, i will wake up early to work….there will always be bad times but you will survive, don’t let it weigh you down because it will pass and because you serve a living God…there are times anger and jealousy will come, but don’t let it eat you up, as a young lady don’t be pressured into marriage, marry cos you love him and want to be with him not cos the society and everyone is pressuring you to, ignore the naysayers…..do what makes you happy…”

READ ALSO:   "One Of The Things I Learnt In 2020 Was To Stay Still And Trust God" - Nollywood Actor Stan Nze

When quizzed on her recent vehicle which she purchased and highly publicized on social media, the actress who is now happily married to JJC Skillz said:

“The last time we bought a new car was seven or eight years ago, it is not as if we couldn’t afford it but we were working hard and wanted to keep things running well first, keeping the company going, pay salaries…so it was to encourage people to let them know that you don’t have to do things the way others are doing but to become better at what you do…”

Funke Akindele and Adeola Kehinde Oloyede tied the knot on May 26, 2012. The later divorced in July 2013, May 26, 2012. The actress decided to give love another try and got married to Nigerian rapper JJC Skillz in London in May 2016. The couple welcomed their twin boys in December 2018.

Browny Igboegwu Tells Queen Nwokoye To Get Her Baby Girl’s International Passport Ready To Go On Vacation With His Daughter, Kosi