Trending News
It’s Script And Art Eye Candy Working With...
Here’s How Uche Jombo Reacted To Rumours That...
“The World Is Never Going To Agree On...
“My Job Is Simply To Make You Laugh...
Hollywood Comes To Nollywood 2022: Patience Ozokwo Wins...
“It Takes Courage To Win” – Nollywood Actress,...
Adunni Ade Brilliantly Gives Advice On How Young...
“The More You Feed Your Mind With Positive...
Destiny Etiko, Yvonne Jegede, Other Nollywood Celebs Celebrate...
“Don’t Make Your Life Unnecessarily Hard” – Actress,...
Home Celebrity Gossip and News “I Know You Like Me” – Maria Confidently Tells Whitemoney During Personal Exchange
Celebrity Gossip and News 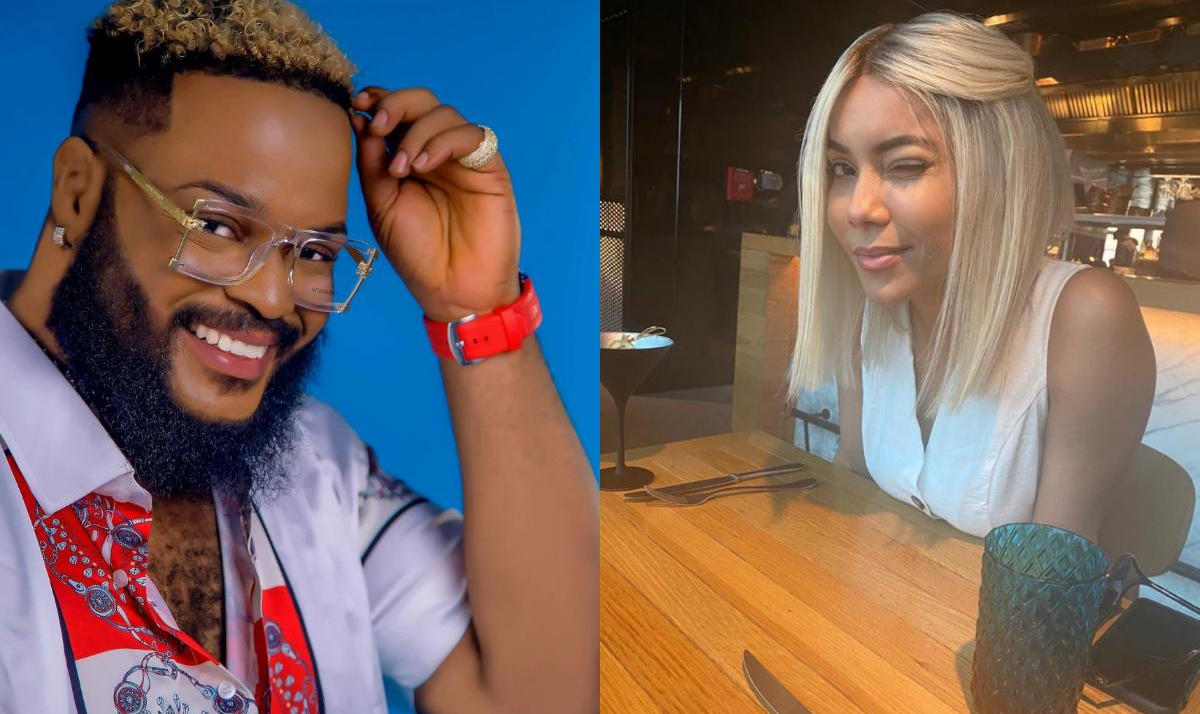 Maria and Whitemoney are arguably two of the strongest characters in the BBNaija ‘Shine Ya Eye’ 2021 edition. Even though they have an unusual type of friendship more like two teens in love but think the best way to express their feelings is through attacks of some sort.

A couple of minutes back, the housemates were seen chilling together in the garden and they had quite an interesting conversation going on.

READ ALSO:   Anita Joseph And Fans Who Think She Is Pretending To Be Happy In Her Marriage Exchange Words After They Tell Her To Keep It Off Social Media

Whitemoney went personal as he asked Maria how many kids she wanted. She responded saying she was initially selfish and wanted just a girl but decided two was fair enough.

Surprisingly, she also told Whitemoney that she is aware that he likes her. But his reply of “did like you” confirms him as a true boss.

READ ALSO:   Hip Hop Entertainment News: Finally, Teairra Mari Waves Flag In 50 Cent War, Vows To Pay Him: "I'll Give U This - A Hug From Behind + A Check"

You can read how their conversation went below.

WhiteMoney: You know you are going to have cute babies.

WhiteMoney: How many did you plan to have.

Maria: I use to be selfish before now, but have changed my mind.

Maria: Have always said I wanted just a girl child, but now I want two.

Maria: What did I do?

WhiteMoney: I don’t want to talk about now.

“All You Need Is Osas Body” – Kate Henshaw And Shaffy Bello Leave Osas Ighodaro Crying While Hailing The Heck Out Her While Singing, Destiny Etiko, Toyin Abraham React