Trending News
Reactions As Yul Edochie Hails Himself As One...
Why I Love Acting – Juliet Ibrahim
M.O Bimpe Reacts After Seeing Her Husband Lateef...
“In whatever field You find Yourself, YOU MUST...
“Your Grace Na Follow Come” – Uche Elendu...
Rachael Okonkwo, Uche Elendu React After Their Colleague...
I Am Humbled By Your Love While Your...
My Mum Uses Her “Blessed Hands” To Make...
“God Took His Time With It” – Nancy...
“God Has Been Good To Me” – Nollywood...
Home Celebrity Gossip and News “I Was Born A Hustler” – Chioma Akpotha Says As 2017 Video Emerges Of Her Carrying HEAVY Basket Of Tomatoes On Her Head At The Market
Celebrity Gossip and News

Chioma Akpotha is easily one of the most professional of Nollywood celebs in the industry. She gives her all when working on any given project regardless of how demanding or demeaning such a task might appear to be.

The popular Nollywood actress just shared a video of a 2017 movie that she acted in and you would not believe the strength she has even as a lady. Chioma Akpotha was seen carrying a heavy basket of tomatoes on her head while unloading a truck at the market.

A massive crowd gathered and while some filmed the thespian, there were those who cheered her on while others expressed disbelief in the strength and determination of the actress. She wrote: 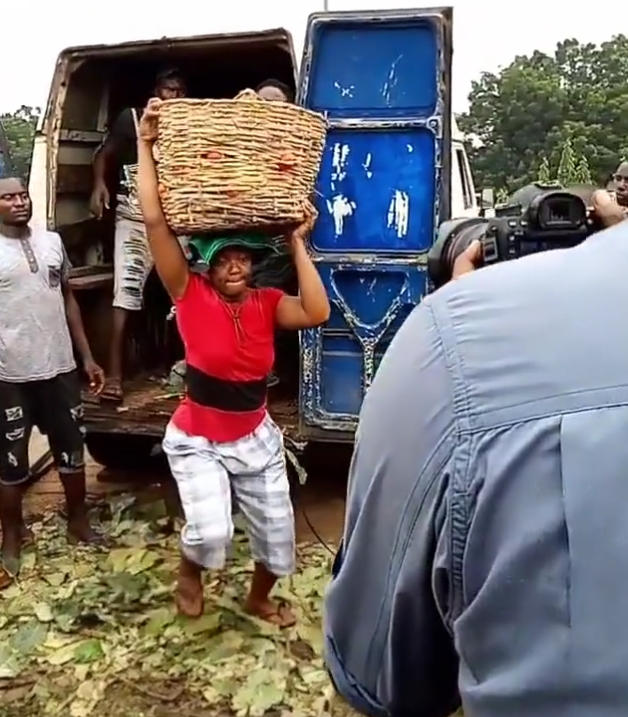 “I was born by a HUSTLER
I am a HUSTLER !

I just came across this video of a movie i shot in 2017 ! Wow !
I be true market woman. I nor get shame when it comes to getting things done especially when CHICHING is involved.
Anywhere wey belle face I dey dia gidigbam ! And I con get AKANCHAWA ontop. Chai Jesus you too much

As e be so, I dey find people wey i go carry their market for head like this make i sell for them make them ministry for move forward !

I go sell ya market like GALA and FRESH TOMATOES” 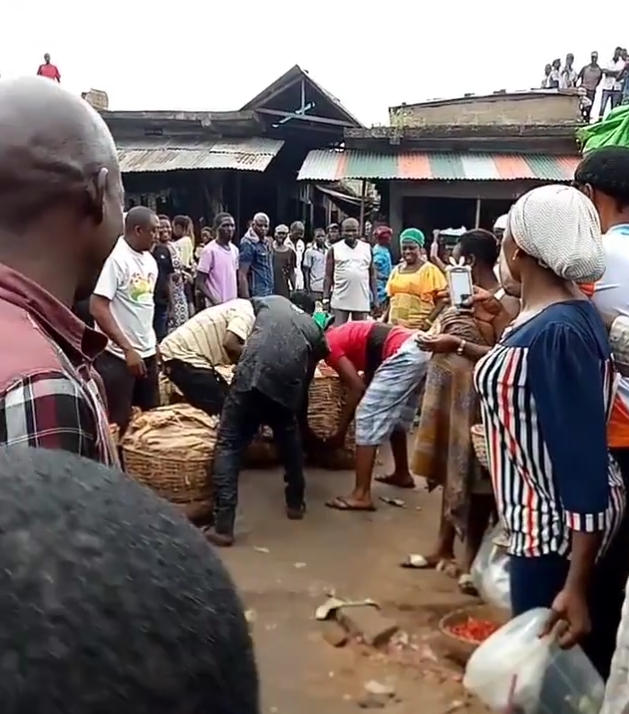 “All You Need Is Osas Body” – Kate Henshaw And Shaffy Bello Leave Osas Ighodaro Crying While Hailing The Heck Out Her While Singing, Destiny Etiko, Toyin Abraham React