Trending News
Reactions As Yul Edochie Hails Himself As One...
Why I Love Acting – Juliet Ibrahim
M.O Bimpe Reacts After Seeing Her Husband Lateef...
“In whatever field You find Yourself, YOU MUST...
“Your Grace Na Follow Come” – Uche Elendu...
Rachael Okonkwo, Uche Elendu React After Their Colleague...
I Am Humbled By Your Love While Your...
My Mum Uses Her “Blessed Hands” To Make...
“God Took His Time With It” – Nancy...
“God Has Been Good To Me” – Nollywood...
Home Celebrity Gossip and News ‘If I Had A Girlfriend I Would Not Have Reached Where I Am Today’ – Zubby Michael Says As He Declares Himself The Biggest Actor In Africa [Video]
Celebrity Gossip and News 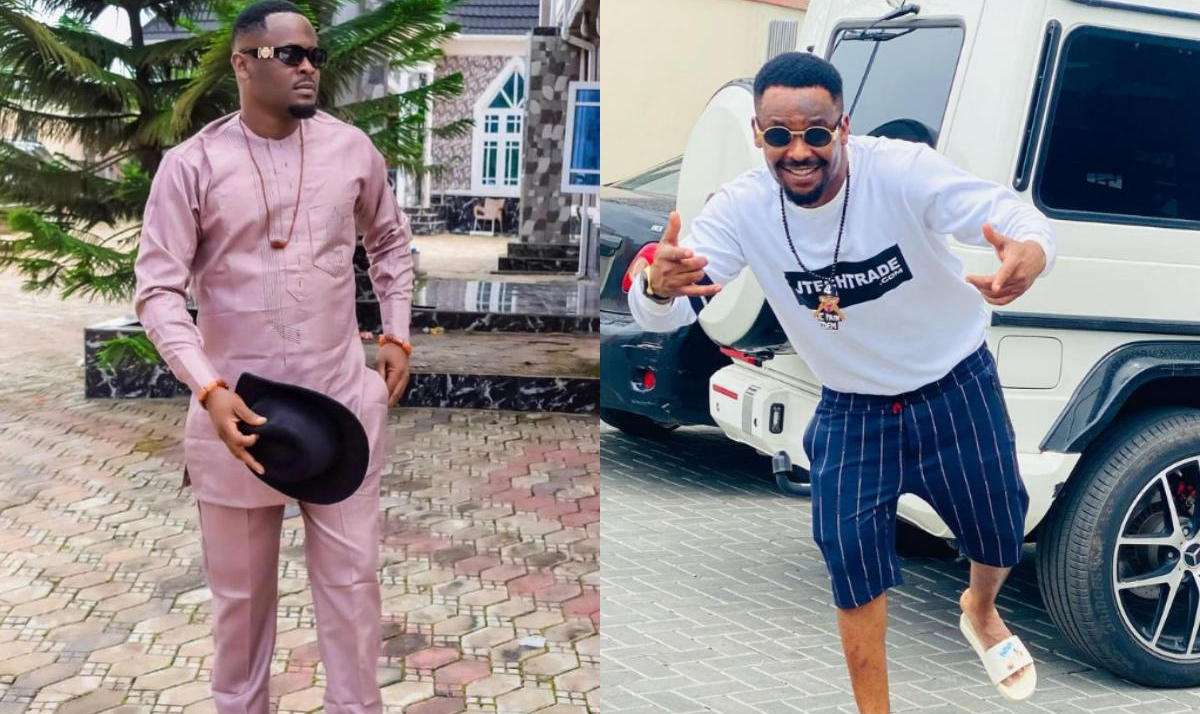 Zubby Michael is one of the most popular Nollywood actors today. However, he did not attain the success he has been able to achieve without letting go of certain things.

According to the movie star, he had to forget all about having a girlfriend as it would have been a major souce of distraction. Zubby Michael who is known for the wild guy roles he plays said in an interview that if he was dating and there is some misunderstanding, he would be thinking about it while on set.

He added that he would most definitely not be able to cope with the situation without it affecting his job.

However, the actor gave hope to his female admirers who are eager to have him a partner. While stating the obvious, Zubby disclosed that he no longer has to hustle as hard as he used to during his struggling days in Asaba, Delta state. He now has the money and can afford to settle down.

When quizzed on if there was a bigger actor than he is, the Nollywood celeb feigned as though he was giving it a thought before going ahead to boldly declare himself the biggest actor in Africa today.

Watch the video and let us know your thoughts.

“I Am An Extremely Emotional Woman” – Nollywood Actress, Georgina Ibeh Says As She Reveals What She Does To Let Out Emotions