Trending News
“Don’t Be Pushed By Your Problems, Be Led...
“God Came Through For Me” – Nollywood Actress,...
“I’ve Always Had To Give Extra To Attain...
“You Cannot Call On The Name Of God...
‘I Believe It Is My Season And My...
“Hair Doesn’t Define Me, Either Way I’m Pretty”...
“Love Yourself, Life Will Be Fine And Happy”...
“Never Allow Anyone Steal Your Joy Or Happiness”...
“There Are Far Better Things Ahead” – Popular...
If You Tell My Sister To Stop Calling...
Home Celebrity Gossip and News Policeman Stabs Tout To Death Over N100 At Berger Bus Stop In Lagos State
Celebrity Gossip and News 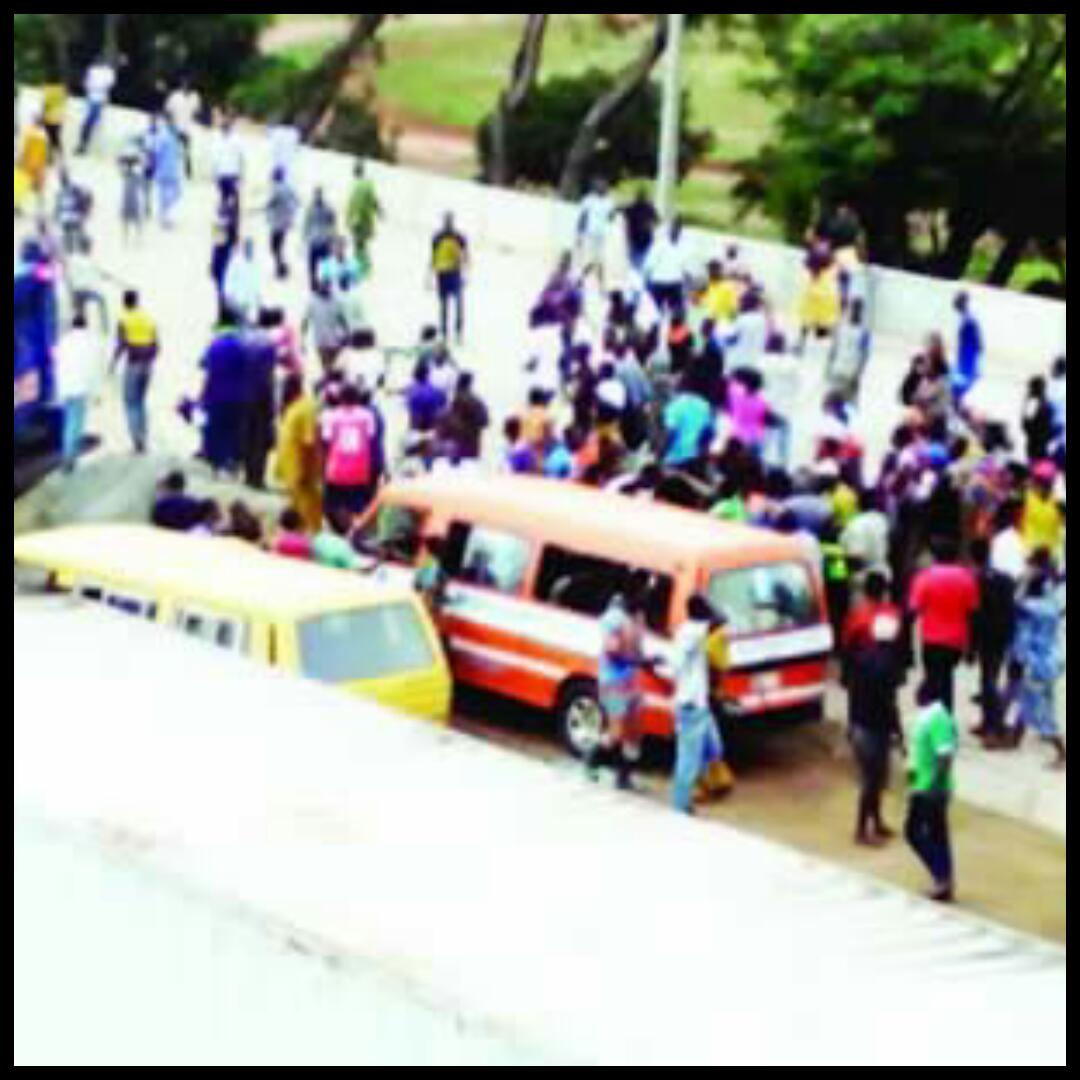 On Saturday, there was chaos as a result of a policeman stabbing to death a motor park tout, popularly called agbero, at Berger bus stop, Lagos State.

According to Punch Metro, trouble started when the tout who has been identified as Ahmed, alongside his friends, stopped the bus with the inscription, Success Express and demanded N100 from the driver, who reportedly declined to pay the money. It was while there was heated argument between the driver and the agbero, that the policeman who was at the front seat, of the 14-seater bus from Ibadan, Oyo State, got off the bus.

It’s understood that the deceased then approached the scene of the incident to know what transpired.

READ ALSO:   "I Want To Ensure That No Nigerian Is Ever Homeless" - Yul Edochie

According to an eyewitness, Goke Adeleke, “the policeman put on trousers usually worn by riot policemen”.

Ahmed was then rushed to the Lagos State Accident and Emergency Centre at the Ojota Tollgate, where he was confirmed dead on arrival.

According to a friend of the deceased, identified as Agberoko, men of the Rapid Response Squad at the bus stop released tear gas canisters to rescue the killer cop. Agberoko, who spoke in Yoruba, said:

“The RRS men shot into the air and also fired tear gas canisters to disperse us when we intercepted the policeman.

READ ALSO:   Do Not Give In When People Demand Loyalties Or Duties That Do Not Honour God - Actress Monalisa Chinda

“They recscue and took him into the Armoured Personnel Carrier stationed in the area.”

A trader, Taibat Adejare, who was in tears, said Ahmed was decent among his counterparts. She said:

“He just came out around 4pm today (Saturday). He ate a snack with a bottle of drink. It was about an hour after he came out that the incident happened.

“He was very peaceful and jovial. He didn’t force drivers to pay. The policeman stabbed him with a poisonous knife.

“I was joking with him some days ago that he should go and marry. He said he was planning marriage already and that it would come up in December.”

READ ALSO:   "Do Not Let Man Take Away The Happiness God Has Given You" - Ebele Okaro

However, SP Dolapo Badmos, the Lagos State Police Public Relations Officer, disclosed that the suspect was not a policeman, adding that the corpse had been deposited in a morgue.

“A group of social miscreants allegedly engaged one Sulaiman Anafi, a driver in charge of a Mazda commercial bus with number plate, XB 251 LEM, in a brawl at the Berger bus stop, inward Lagos, over parking ticket.

“In the process, one of the passengers in the bus reportedly stabbed one of the area boys in the area with a knife and he died on the way to a nearby hospital.

“The suspect has been arrested. He is not a policeman.”