It’s said that the best way a celebrity can document her first baby bump is on a top magazine cover. That in mind, Serena Williams poses nude for Vanity Fair Cover and it was shot by Annie Leibovitz. Yes, Serena who is seven months into her pregnancy, graces the front of this year’s August issue in nude underwear, a body chain and little else as the silhouette of her growing belly takes center stage.

Serena Williams, 35, and fiancé Alexis Ohanian became engaged in December 2016 in Rome at a table where the two first met. Unlike her surprise pregnancy, Williams suspected her beau was about to ask her a very important question when he insisted she get on a plane to Italy. She recalled: 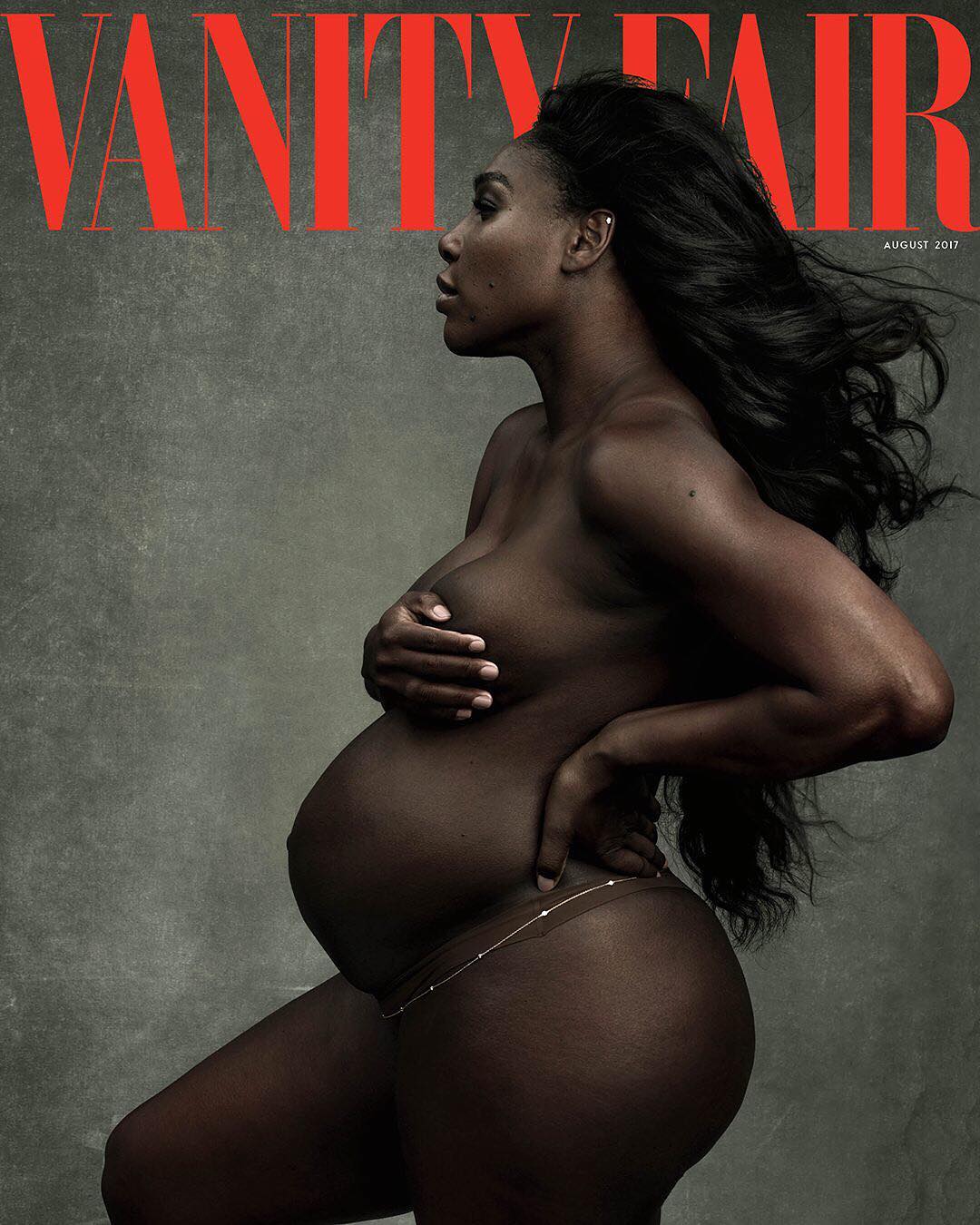 However taking a pregnancy test a month later, proved a little more tasking. As she told the story to the magazine, friend Jessica Steindorff had an inkling and urged her to take a pregnancy test. Anyway, after a few days, she decided to.

Serena Williams was so unconvinced she was expecting that she forgot to check her pregnancy test. She had taken one while getting ready for an event. 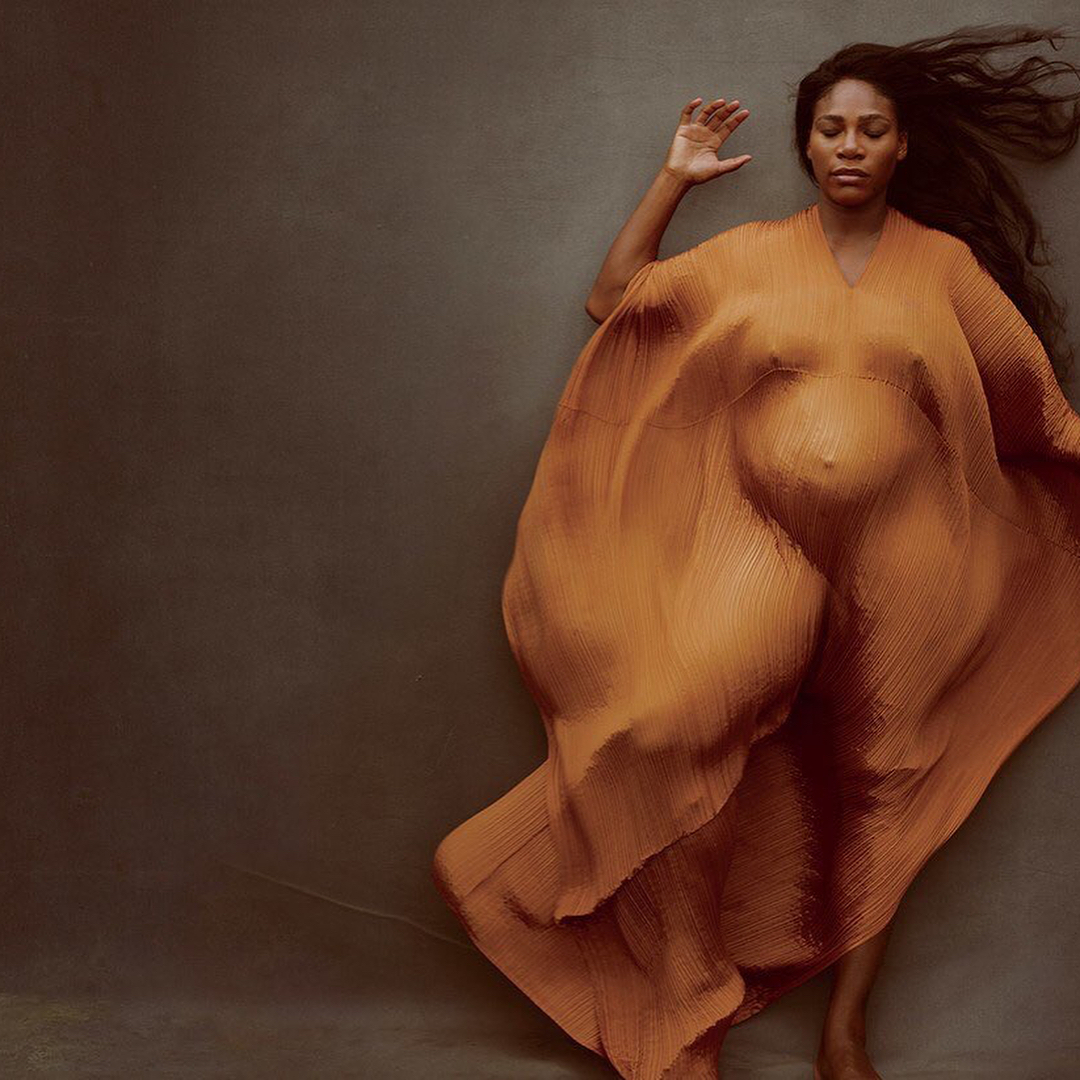 Couple Alert? Drake Took Rosalyn Gold-Onwude To NBA Awards — Her Igbo Dad May Have To Expect Traditional Marriage In The East Soon

Urban Living: Serena Williams Reveals History Of Braiding Started In Africa: “I Am Honored To Share This Bonding Experience With My Own Daughter”

InStyle Magazine: Serena Williams Covers First Badass Women Issue, Talks Getting Pregnant Again — I Don’t Know If I Want to Play If I Have Another Baby’