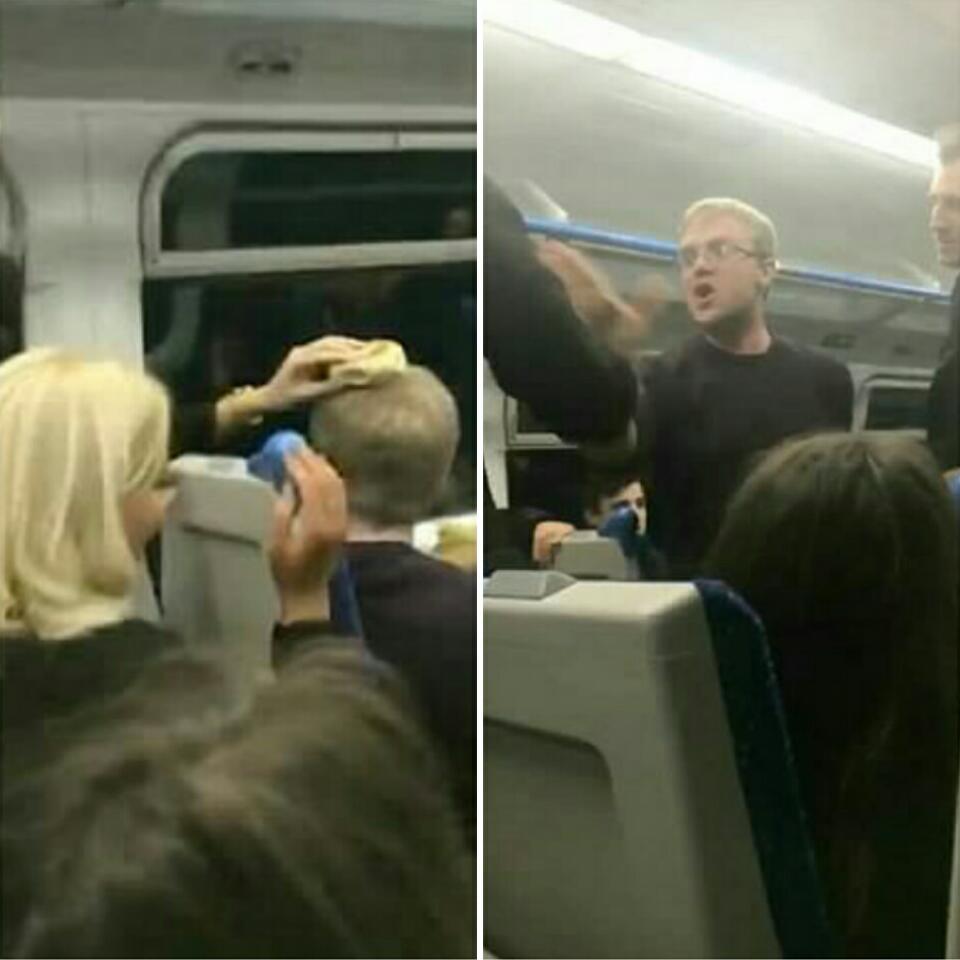 Things are really happening ooh! This is the shocking moment a fight broke out on a train after a woman put a bagel on a man’s head while her friends chanted ‘he’s got a bagel on his head.’ The bizarre incident took place on the 12:54 a.m. London train to Huntingdon early on Sunday morning. Twitter user Dougie Stew recorded the sickening incident and posted it on the social media site.

READ ALSO:   "When Water Hits My Head It Feels Like Kisses From God" - Tiffany Haddish Says As She Shows Off New COMPLETELY Bald Head Look + REACTIONS 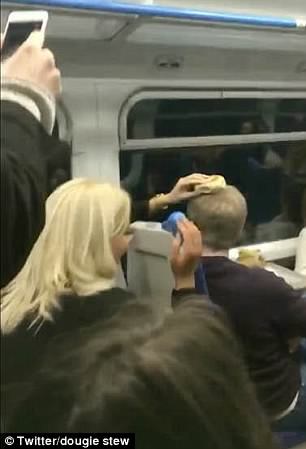 It wasn’t long before two women started to fight but were restrained by passengers on the train. The man who had the bagels on his head didn’t find it amusing at all and could be seen throwing them out of the window. He eventually lost his temper shaa at fellow passengers.

The police finally stepped in but sadly, when they asked for any witnesses to come forward, the passengers all remained silent. 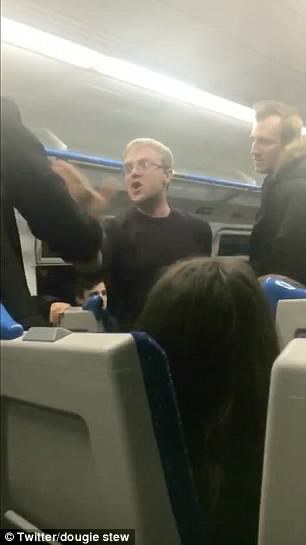 Dougie, 25, described the episode as “like something out of Black Mirror, only word that does justice is surreal. It was completely and utterly surreal.”

“These girls were grabbing bagel after bagel from their handbags and just putting them on people’s heads and singing. It was pretty funny, but then people started getting a bit worked up and all of a sudden these two girls are going at one another.”

READ ALSO:   Fans Descend On Regina Daniels After She Claimed To Be 16 Again And Challenging Older Followers To Bring Their Pictures When They Were Her Age 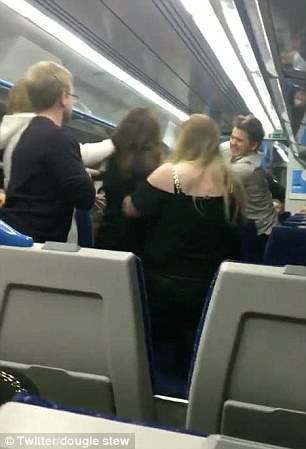 London Police have since then stated that no offenses were made, and “if anyone wants to come forward to make any complaints then we will investigate further.” 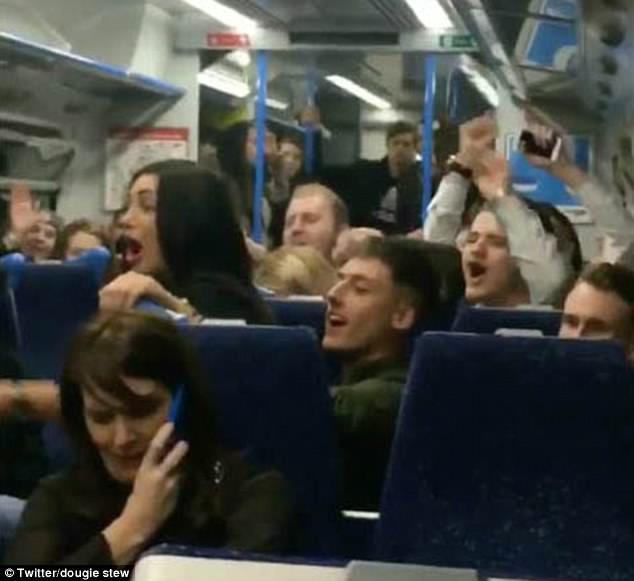 Amebo Book readers, what would you do if someone puts a bagel on your head or even akara or moi moi on public transport?