Trending News
It’s Script And Art Eye Candy Working With...
Here’s How Uche Jombo Reacted To Rumours That...
“The World Is Never Going To Agree On...
“My Job Is Simply To Make You Laugh...
Hollywood Comes To Nollywood 2022: Patience Ozokwo Wins...
“It Takes Courage To Win” – Nollywood Actress,...
Adunni Ade Brilliantly Gives Advice On How Young...
“The More You Feed Your Mind With Positive...
Destiny Etiko, Yvonne Jegede, Other Nollywood Celebs Celebrate...
“Don’t Make Your Life Unnecessarily Hard” – Actress,...
Home Celebrity Gossip and News “We Stayed Focused With Our Bag Of Dreams And An Empty Pocket” – Junior Pope
Celebrity Gossip and News 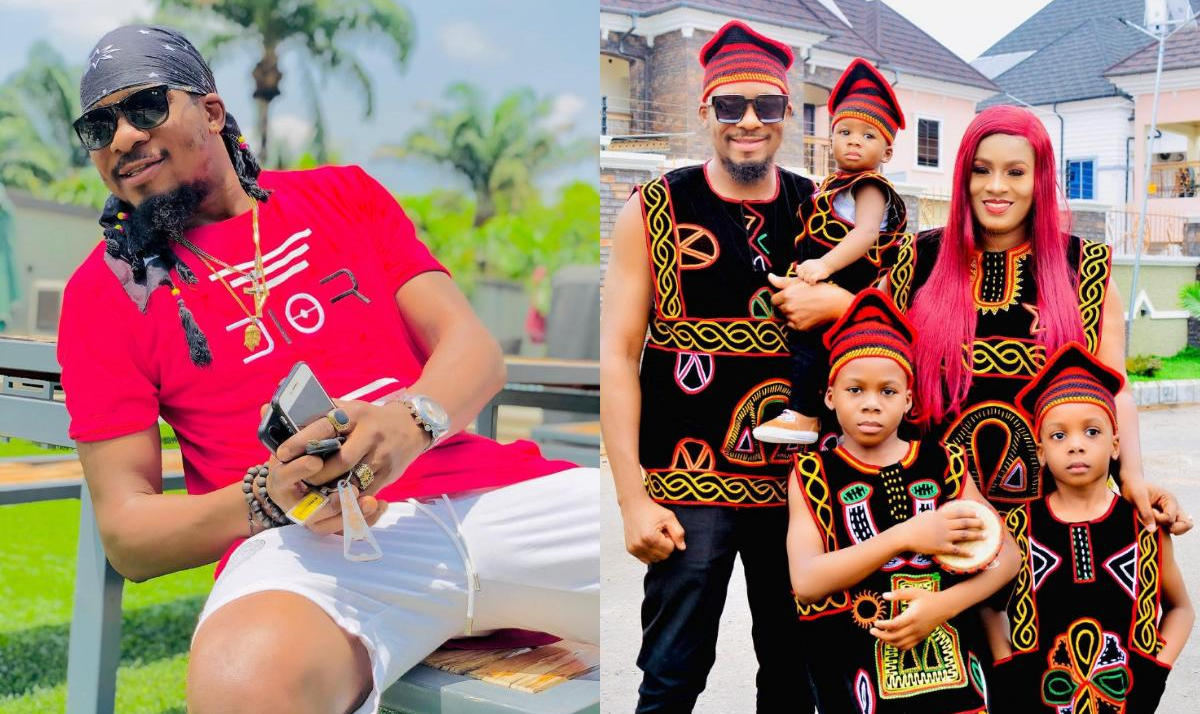 Junior Pope Odonwodo can afford to look go back memory lane from his humble beginnings. He was born and raised in Bamenda, Cameroon although he hails from Ukehe, Nsukka in Enugu State. However, he had his secondary and tertiary education in Nigeria.

Although he bagged a Bachelor’s degree in Accounting from the University of Nigeria (Enugu Campus), he still had to hustle hard just to make it like any other youth in the country.

READ ALSO:   'You Are A Gift To Mankind' - Rachael Okonkwo Tells Ebele Okaro

However, in 2006 he got lucky as he landed his first major role in the Tchidi Chikere movie, “Secret Adventures” having been playing minor roles like palace bodyguard and servant.

The thespian took control of his own destiny and impressed in the roles he was given. Today, he has millions of followers across the world who love him.

In a recent Instagram post, Junior Pope admitted that it was not easy but he never lost hope. In fact, he had no money at the time. He wrote:

“We Never Lost Hope, With Love In Our Hearts We Kept The Faith……

“We Stayed Focused With Our Bag Of Dreams And An Empty Pocket………Just The Way We Came; But It’s A Different Story Today ……..All Glory To God Almighty.”

As at the time of filing this report, Junior Pope is blessed with a beautiful wife, Jennifer having tied the knot on July 26, 2014. The couple are blessed with three cute sons.

According to the thespian, his father ensured that he taught him how to hustle hard while his mother made sure that he grew up as a gentleman.

“Let Me Rest, Do You Want Me To Get Fat” – Nollywood Actress, Uchenna Nnanna-Maduka’s Son Cries Out After She Continues To Overfeed Him